Cooking Classes That Teach You To Cook Like a (Jewish) Pro 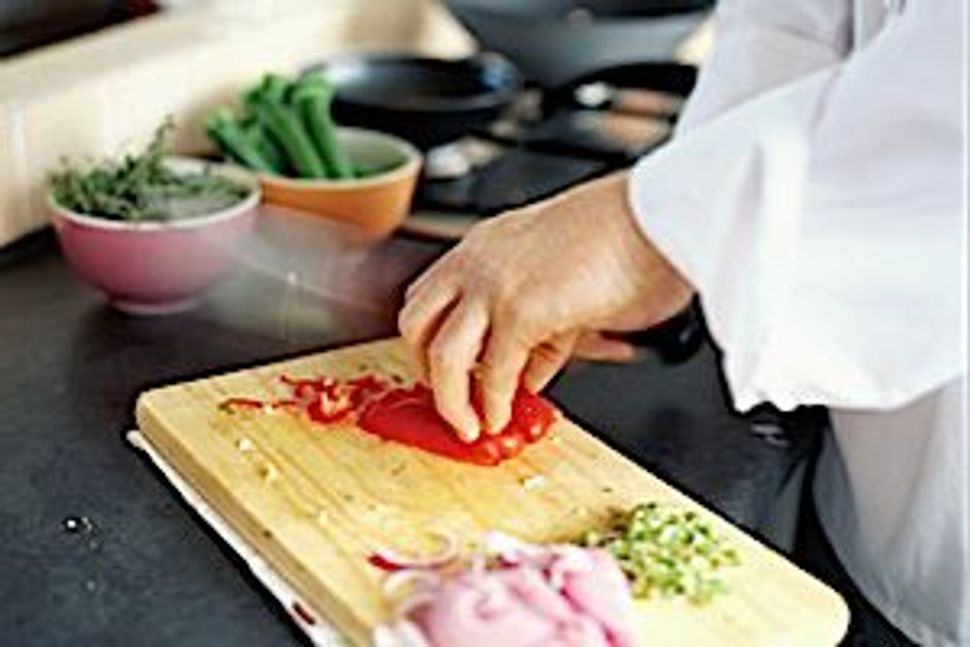 With Passover looming ever closer, now might be a good time to brush up on your kitchen skills.

Luckily there are classes around the country that focus on Jewish and kosher cooking, many of which are taught by well-known restaurant chefs like Michael Solomonov of Zahav and cookbook authors like Joan Nathan.

Here’s a round up of some of the best — both Ashkenazi- and Sephardic-style — that are guaranteed to have you cooking gourmet meals in no time.

The Stone Barns Center for Food & Agriculture is home to a farm, a farmers’ market and one of the country’s best farm-to-table restaurants, the high end Blue Hill at Stone Barnes captained by chef Dan Barber. On Saturday, March 9th from 1 to 2:30 p.m. famed Jewish cooking expert and prolific cookbook author Joan Nathan will teach Grow Your Own: Passover Seder which will feature her take on the traditional meal complete with seasonality and a touch of the farm ($36 for members, $40 for nonmembers).

At the esteemed De Gustibus Cooking School, located on the eighth floor of Macy’s, renowned chefs teach students all sorts of cooking styles. This spring the school is once again offering a two-part Kosher Adventures series on March 5, from 5:30-8 p.m. and on May 28, from 1-3:30 p.m. The first class will be led by Israeli-born and Philadelphia-based chef Michael Solomonov who will prepare dishes from his kosher eatery Citron and Rose. As always, the exact menu is under wraps, but it’s likely Solomov’s homemade paprika salami will make an appearance. Moses Wendel, of Pardes in Brooklyn, will teach the second class, focusing on progressive Mediterranean cuisine. All the food at both classes will be strictly kosher and cost $95 each or $180 for two.

French-style kosher steakhouse Le Marais offers an annual cooking class, and this year’s, which will take place on Monday, March 4th from noon-2 p.m will teach students how to master elegant dishes with olive oil. The menu starts with rosemary focaccia with olive oil dip and soup au pistou with olive oil drizzle. Next up: olive oil poached halibut, English pea puree with radishes and fresh fettuccine with Italian sausage and broccoli rabe. Rounding it all out is a caramelized apple French Quarter beignets with a warm dark chocolate and olive oil ganache. Students eat (strictly kosher food), drink (again, kosher) wine and go home with recipes and a gift bag filled with Le Marais kitchen and cooking essentials. The class is $125 per person.

Jennifer Abadi, author of Syrian-Jewish cookbook “A Fistful of Lentils,” teaches classes all over Manhattan — and she has a busy March ahead. On Tuesday, March 12th, from 10 a.m.-12 p.m., she’ll lead Dishes to Celebrate the Persian New Year & Beginning of Spring at the Institute for Culinary Education. The menu will include chicken stewed in walnuts and pomegranate juice, Persian pistachio cake with cardamom syrup and much more ($115 per person).

On Thursday, March 14th from 7-9:30 p.m., she’ll teach a strictly kosher class entitled Mouthwatering Make-Ahead Seder at the JCC, where students will learn how to make Moroccan haroset “Truffles,” Italian matzo pie with ground beef and Egyptian macaroons with toasted walnuts, pecans, and dates ($85 for members, $95 for non-members).

On Monday, March 18th from 6:30-10 p.m., she’ll be at the The National Gourmet Institute teaching Healthy Sephardic Seder, with dairy and fish dishes like Syrian and Yemenite haroset, Italian fish with capers, caramelized onions and horseradish marinade and Greek whole wheat matzo-meal pie with spinach, feta and dill.

Challah baking is the perfect skill to perfect post- (or pre-) Passover, and if you’ve ever wanted to try your hand at baking challah (trust us, the store-bought variety can’t hold a candle to the homemade stuff), the Iyyun Center for Jewish Spirituality offers challah-baking classes one Thursday a month. The next one will be on March 14 at 7:30 p.m. Instruction is hands-on and you’ll learn to make challah from scratch, braid it and bring it home to impress your friends and family. You’ll also learn the significance of the act of making challah. Suggested donation is $10

The Morris and Paulette Bailey Sephardic Community Center in Brooklyn offers lots of cooking classes through its Women’s Center, with a rotating roster of teachers, and classes taking place about once or twice a week. On Tuesday, March 5, from 11-2, Conscious Cooking with Adele Yedid will feature a Passover-inspired vegetarian menu ($75 for members, $90 for non-members). And on Thursday, March 7 from 11 a.m.-2 p.m., students will try out updated holiday dishes at Passover with a Twist with Chefs Arik and Eli ($80 for members, $95 for non-members).

Paula Shoyer, author of “The Kosher Baker” knows her fair share about decadent desserts — and she teaches her recipes, tips and tricks during her baking classes. On Tuesday, February 26, she’ll teach a class called Traditional Jewish Desserts from 6:30-9 p.m. at Paula’s Parisian Pastries in Chevy Chase. On Monday, March 18th, from 6:30-9 p.m., the focus will move toward Passover desserts and after a couple of classes on mini tarts and pies, she’ll move to Shavuot desserts on Tuesday, May 7, from 1-3:30 p.m. All group classes are $75 per person and take place at her Chevy Chase location. Shoyer is also available for private lessons ($300 for up to four people, $75 per person for five or more people). Menus include chocolate desserts, petites four and holiday cookies.

Hipcooks studios have locations all over the West Coast — two in L.A., one in San Diego, one in San Francisco, one in Portland and one in Seattle. The chain periodically offers an Oy Vey class featuring Jewish foods. On Saturday, March 23 (that would be two days before the big day), from 12- 3 p.m. the West Los Angeles location will hold its Oy Vey class, with a menu consisting of warm fish terrine, watercress and beet salad, herbed matzo ball soup, brisket, plum chicken, potato pancakes and lemon polenta cake. Kosher red and white wine is included too and it’s all $65 per person. Though kosher chicken can be requested, it’s not a kosher class.

Jewish Community Centers around the country often offer kosher and Jewish-style cooking classes, and the JCC in San Francisco is no different. On March 14, from 6:30-9 p.m. Spectacular Passover Desserts will be taught by 12 Tribes Catering’s Rebecca Joseph, and will feature instruction on making citrus sponge cake with grapefruit granita, bittersweet chocolate-glazed brownies, coconut macaroons and matzo crunch. The class is $80 for members, $90 for non-members.

Post-Passover, on Sunday, April 21 at noon, the JCC in San Francisco will host Brunch Made Better, which will include fresh squeezed orange juice, frittata made from seasonal ingredients, quinoa salad with fresh fruit and arugula, and Earl Grey tea cake with lemon curd ($65 for members, $75 for non-members). Easy Pickling, Cooking with Cheese and Kosher Wine Tastings round out the schedule for the spring.

The Stroum Jewish Community Center has a couple of Passover-related cooking events coming up — both for kids and adults. On Monday, March 18, from 6-8 p.m., the center will hold a Passover Cooking Class at Stopsky’s Deli on Mercer Island, where head chef Austin Zimmerman will teach students how to make roast chicken, salad, macaroons and more, all while enjoying some food and wine ($55 for members, 56 for non-members). On Wednesday, March 27, kids from preschool age to fifth grade are invited to the Mercer Island campus of the SJCC for a matzoh ball soup class from 4-5 p.m. ($8 for members and guests).

Cooking Classes That Teach You To Cook Like a (Jewish) Pro