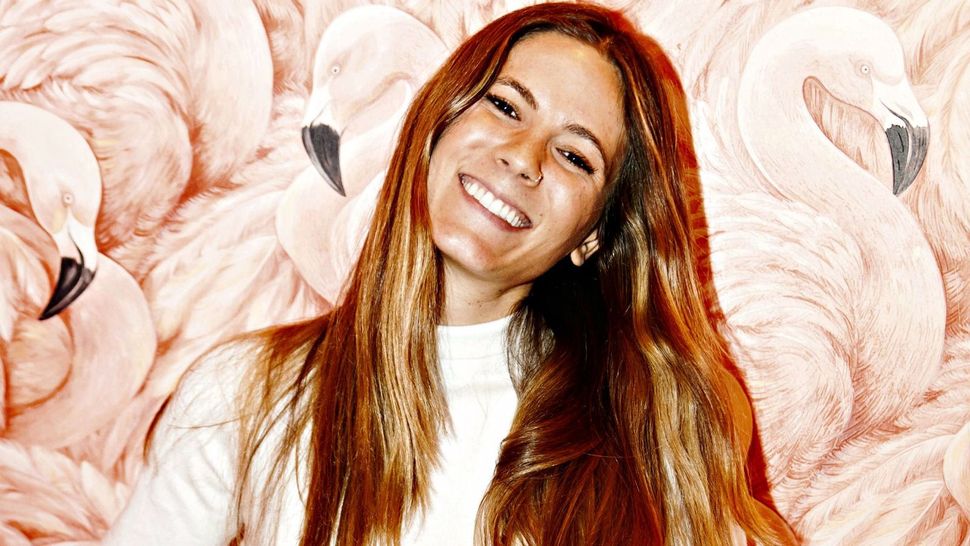 Eden Grinshpan, who is half Israeli, will host the NYCWFF’s first-ever kosher dinner. Image by Courtesy of NYCWFF

Of all the scrumptious-sounding events on the roster for this year’s New York City Wine & Food Festival (NYCWFF), which runs October 13-16, the dinner that immediately caught my eye was — surprise! — .

Okay, that’s probably not such a surprise.

Grinshpan will be cooking alongside Amitzur Mor of NYC’s Barbounia, Yehuda Sichel of Michael Solomonov’s Abe Fisher in Philadelphia and Elior Balbul of the soon-to-open Alenbi.

The four chefs will prepare a multi-course meal — each taking on one course — that highlights Israeli and Middle Eastern culinary traditions, with a contemporary spin.

“There’s a movement right now, and it’s super trendy,” Grinshpan, who is half Israeli, said of Israeli food in America. “People are learning more about it — that it’s not just hummus and falafel. Israel is made up of so many cultures that fused together to form our cuisine. It’s cool to show people our own version of the cuisine right here in New York City.”

What accounts for the profound interest in Israeli food?

“A lot of these flavors are slowly but surely becoming mainstream: sumac, za’atar, harissa,” Grinshpan said. “Middle Eastern cuisine is super good for you, it has lots of colors, lots of textures and you leave a meal and you don’t feel overly full. You have a mouthful of delicious flavor. And a lot of it’s about sharing, and about that homey feeling. I think there are a lot of reasons why it’s really coming up and having its time.” 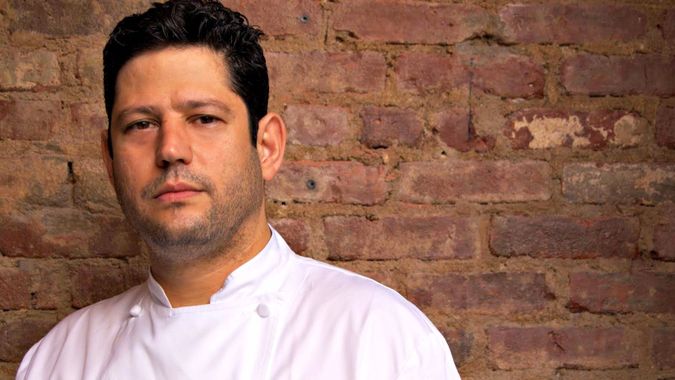 It took a while, though, according to Mor, who will be cooking the fish course at Thursday night’s event. “People would go eat some shwarma when they were drunk,” he said, “but nobody really understood the depth and quality of this cuisine. Israelis are more creative maybe than other parts of the Middle East. We put contemporary twists on it, and it got traction. People like Michael Solomonov have gotten a lot of press, but we’ve been doing that kind of food at Barbounia for a long time, maybe under the radar.”

The event does pose some challenges for chefs such as Mor and Grinshpan, who are unused to following the kosher laws in their kitchens.

Grinshpan, who’s in charge of dessert, is making an olive oil cake with coconut cream, honey and figs. She said she was at first flummoxed by the idea of baking without dairy.

“Because I’m not a kosher chef, eliminating the dairy was actually really tricky for me, especially because it’s dessert,” she said. “Dessert needs butter and milk and cream — that’s what I rely on when I bake. So the whipped cream took a little time to figure out, but it was really cool when we did.”

“We used the coconut cream at the top of the can. We whipped it and stabilized it with coconut oil. It goes really well with the olive oil cake, which is really, really moist.”

“It’s a little crazy because it’s kosher, and normally I come with my people and my tools, but here we can’t even bring our knives,” he said. “I’ll get a couple of helpers I’ve never met and tools I’ve never used. The day before the dinner we can’t even come and do anything, because it’s Yom Kippur. As they say in the Navy Seals, the only easy day was yesterday. We’ll make it work.”

With four such talented young chefs at the stove, this Israeli-focused kosher dinner should be delicious indeed. are still available. See you there?

Liza Schoenfein is food editor of the Forward. Her personal blog is Life, Death & Dinner. Contact her at [email protected] or on Twitter, @LifeDeathDinner