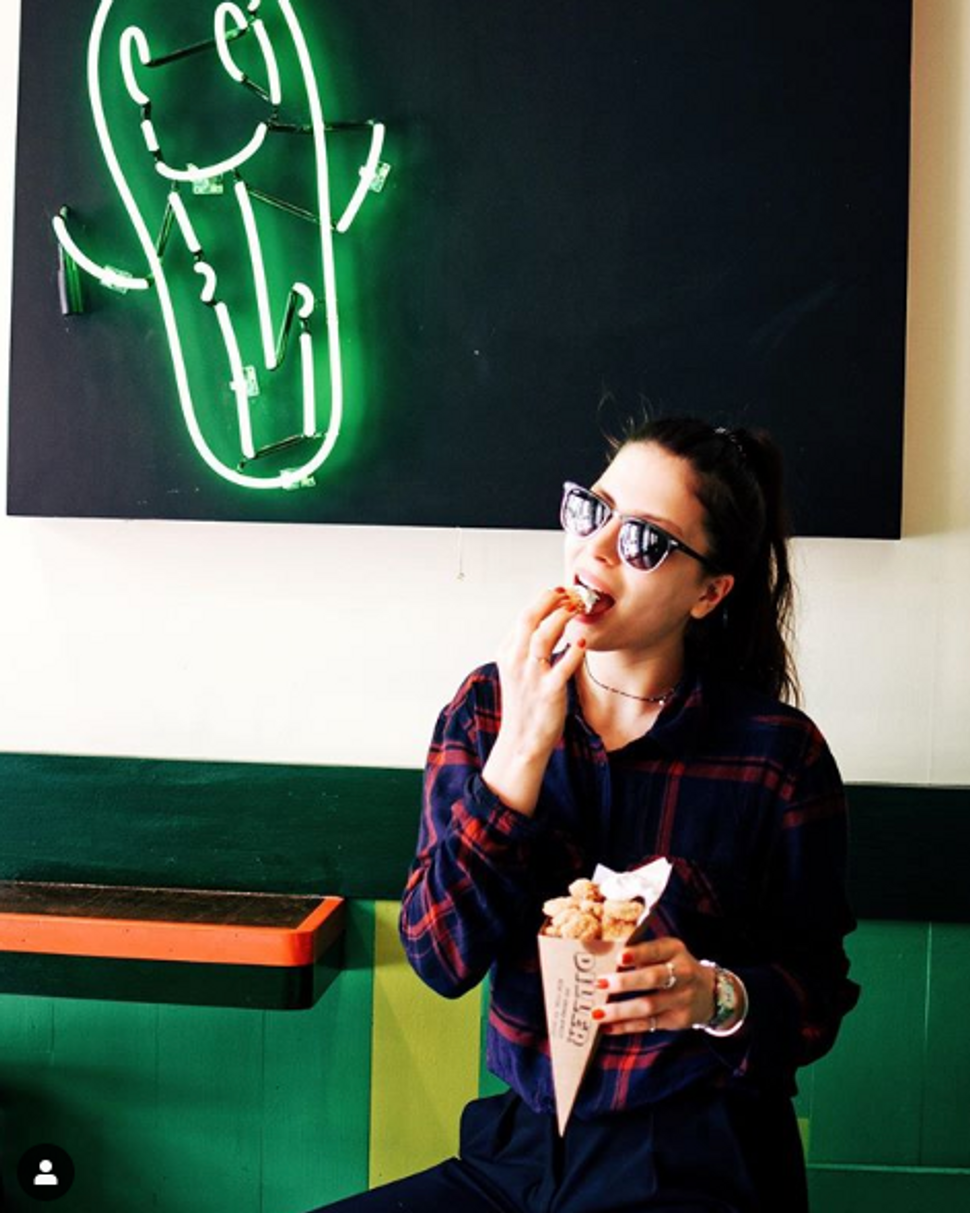 What kind of extravagant, elaborate cuisine takes more than two years to reach the dining public?

How about fried pickles?

That’s the specialty at Diller, a kosher joint on Manhattan’s Lower East Side that has finally opened many, many months after its owners announced their plans.

An offshoot of Grand Street mainstay The Pickle Guys next door, Diller focuses on fried foods, including “items that reflect the Jewish and Asian communities of the neighborhood”, according to Eater. Among the fusion fare on Diller’s menu: Pickled okra rice balls, a Reuben egg roll with pastrami-spiced lentils, jalapeno poppers, and a Beyond burger – that’s plant-based, of course.

The main event, though, is thick-cut fried pickles, served in a paper cone with sauces like dill/yogurt, turmeric-mustard, and a hot sauce alluringly dubbed Death. For its kashrut, the resto’s under the supervision of NYC Rabbi Shmuel Fishelis.

When they floated the idea of Diller’s back in 2017, its owners had planned to serve a carnivore-friendly menu, including kosher chicken sliders and burgers; they no doubt heeded the drumbeat of plant-based eateries that seem to be taking over Manhattan.