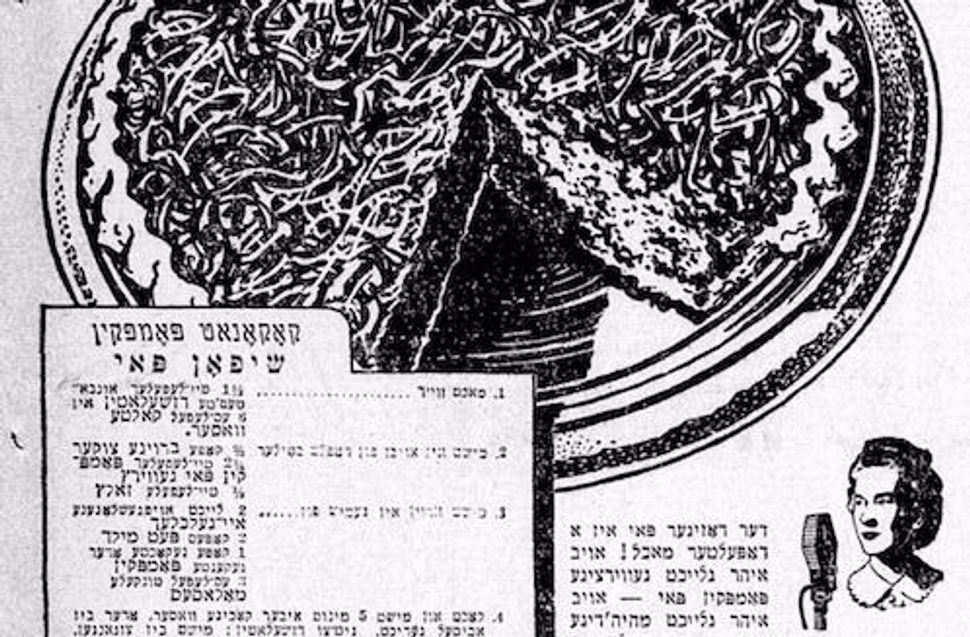 I love pumpkin. I love it in a sweet dessert, I love it in a savory stew, and — I’m not afraid to say it — I love it in my morning latte. But I’ve never imagined my ancestors who lived in a Belarussian shtetl would have felt the same.

Jews, it turns out, were really into pumpkin long before Thanksgiving made it popular. 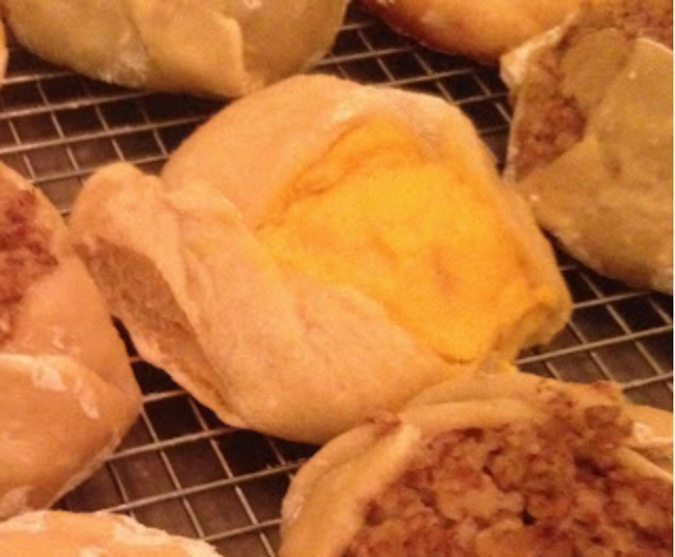 Pumpkin is well known as a product of the New World, first domesticated in the area of northeastern Mexico and the southern United States 7,000-9,000 years ago. It wasn’t encountered by Europeans, let alone Eastern European Jews, until after the first European settlers arrived in the Western hemisphere.

But before they arrived in America, Jews of the Old World likely already enjoyed pumpkin.

At least one piece of Yiddish literature, suggests that by the early 20th century pumpkin and more specifically pumpkin knishes were well recognizable to Yiddish-speaking Jews in the Soviet Union.

Knishes are available from street vendors across New York City, but traditional knish fillings are potato, buckwheat groats and cheese.

Yiddish Poet Leyb Kvitko had different ideas though. Kvitko, a Yiddish childrens writer and member of the Jewish Anti-Fascist Comittee during the Second World War, would ultimately be murdered alongside 13 other Yiddish authors at Moscow’s Lyubyanka prison on August 12, 1952 — the infamous Night of Murdered Poets.

In the 1920s however, he was becoming a rock star to Yiddish-speaking Soviet Jewry for his children’s books written and illustrated in the Soviet realist style.

Published in 1926 in Kharkov, then the capital of the Ukrainian SSR, Kvitko’s rhyming children’s story, “Di Bubbe Shlok Un Ir Kabak” (Grandma Shlok and Her Pumpkin), tells the tale of Jewish grandmother who finds one day finds a massive pumpkin in her garden.

In contrast to Roald Dahl’s tale of a boy and his giant peach, when confronted with a giant pumpkin, Kvitko’s Bubbe Shlok’s first thoughts go to the kitchen.

“There would be endless knishes for the town and for the village,” Kvitko writes in rhyming Yiddish. When her grandchildren excitedly came to see the oddity, they asked if she could cut them slices, and bubbe Shlok responds that if they can manage to move it, she’ll even make them knishes.

After reading that story, I know that my Ashkenazi family has nearly a century of pumpkin knish-less Thanksgivings to make up for.

In contrast to the Ashkenazi culinary tradition of Eastern Europe, Mediterranean Jewish communities, who long had ties with Spanish and Portuguese traders returning from the New World, offer many more traditionally Jewish pumpkin dishes. Though pumpkin is usually associated with Rosh Hashanah in many Sephardic traditions, they’ll be just as good for your Thanksgiving table.

Libyan Jewish pumpkin dip is an appetizer, to be served with bread or raw vegetables. It has a spicer version hailing from Tunisia, known as Tirshi. 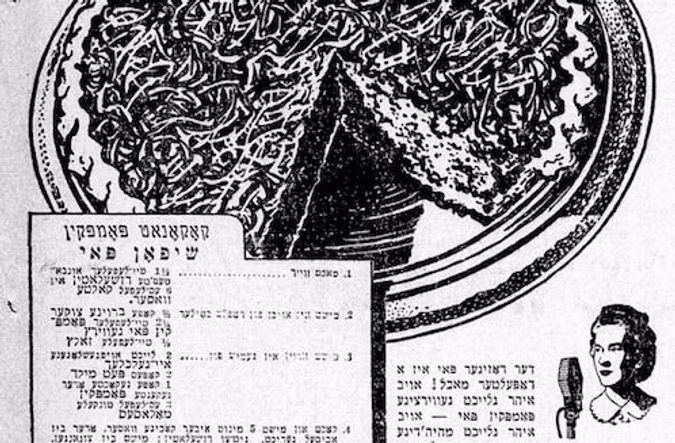 When Jews from these faraway lands arrived in America, Thanksgiving may have been new, but pumpkin wasn’t. By the 1940s, the Forward was already offering American pumpkin pie spice recipes translated into Yiddish for newly arrived immigrants.

Thanks, but I’d rather have the knish.