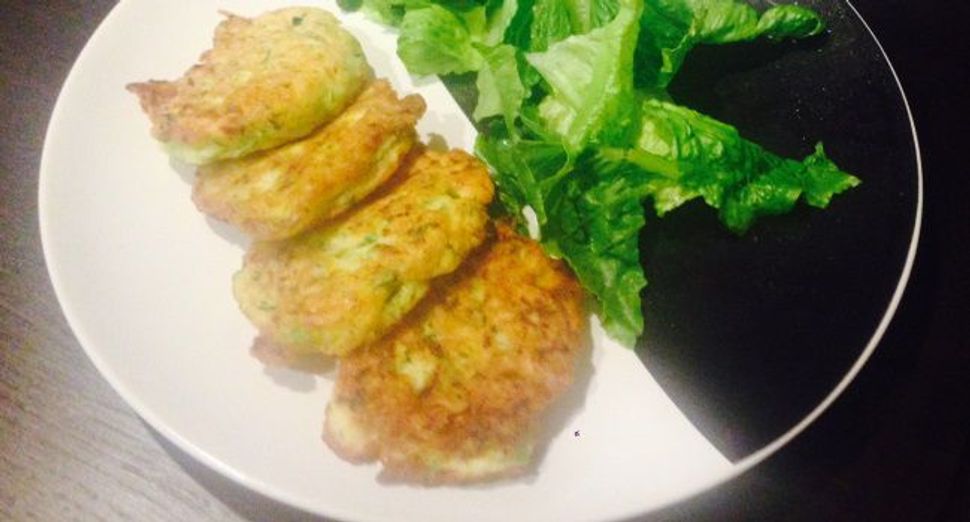 Growing up in a Venezuelan Jewish home opting out of nightly family dinners was never an option. But every once in a while, I wished it was. Surprisingly, it wasn’t that I wanted to watch the finale of American Idol which always happened to air during dinnertime or that I would have rather had dinner at a friend’s house. Instead my occasional and mostly failed attempts at avoiding the family table came from my deep-seeded aversion to eating zucchini.

I’m not a picky eater, but there was something about zucchini. Every time it showed up in our kitchen I was dissatisfied. Its plain white color and soggy texture paled in comparison to the crunchy, nutty bitterness of the Brussel sprouts my mom prepared. Even when covered with Parmesan cheese, zucchini had nothing on the gooey goodness of her spinach and cheese casseroles.

So imagine my reaction when I learned that my CSA share included eight zucchinis. I winced at the thought of sustaining myself for a week on a vegetable I actively avoided. But as an aspiring chef and an environmentalist dedicated to reducing food waste, I had one options: get creative. Committed to my 23-year-old ideology that everything is better fried, my reintroduction to this summer squash by came in the form of Zucchini-Feta Fritters. Crispy, light, and salty, this summer latke is a scrumptious appetizer.

Procedure:
1.Place the shredded zucchini in a strainer with 2 teaspoons of salt. Let sit for 15 minutes. Over the sink, press down on the zucchini with a paper towel to get rid of the excess liquid.
2.In a bowl, mix the flour, baking powder, and pepper.
3.In another bowl, mix the zucchini, feta, egg yolks, green onions, garlic scapes, and mint.
4.Combine the flour mixture with the zucchini mixture.
5.In a clean bowl, whisk the egg whites to soft peaks. Fold them into the zucchini and flour mixture.
6.In a frying pan, heat the oil to medium heat. Using a spoon, drop the batter into the hot oil. Cook for about one minute or until golden and crispy and then flip over. The batter expands a bit, so keep them small.
7.Place on paper towels to drain the excess oil and adjust salt and pepper to taste. Serve with a side salad or sour cream and enjoy!!

Nora Cohen is a summer intern at Hazon. She is pursuing her Masters in Food Studies at NYU and hopes to work in food policy. In her free time, you can find her baking, hosting dinners, painting with friends, or enjoying the sunshine in Central Park. Photo Credit: Nora Cohen