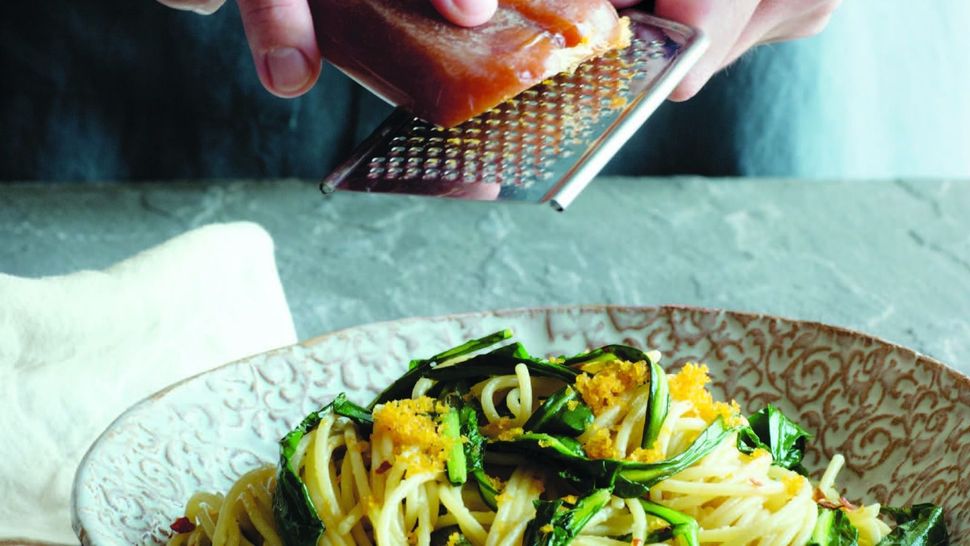 1) Bring a large pot of water to a rolling boil over high heat. Salt the water. When the salt has dissolved, add the dandelion greens and blanch until tender, about a minute. Transfer to a colander to drain. Allow the dandelion greens to cool, about 10 minutes, then squeeze out any remaining water and coarsely chop the greens. Set aside.

2) Heat the olive oil in a large skillet over medium heat. When the oil begins to shimmer, add the garlic and cook until just golden, about 5 minutes. Add the peperoncino and cook until fragrant, about 30 seconds. Add the dandelion greens and cook until the leaves darken, about 10 minutes.

3) Meanwhile, bring a large pot of water to a boil over high heat. Salt the water. When the salt has dissolved, add the pasta and cook until al dente. Drain and transfer to a large serving bowl. Add the dandelion greens and Pecorino Romano (if using).

5) Divide the pasta among individual plates and grate bottarga to taste over each serving.