New Bistro Has Jewish, Persian and British Eats On The Menu 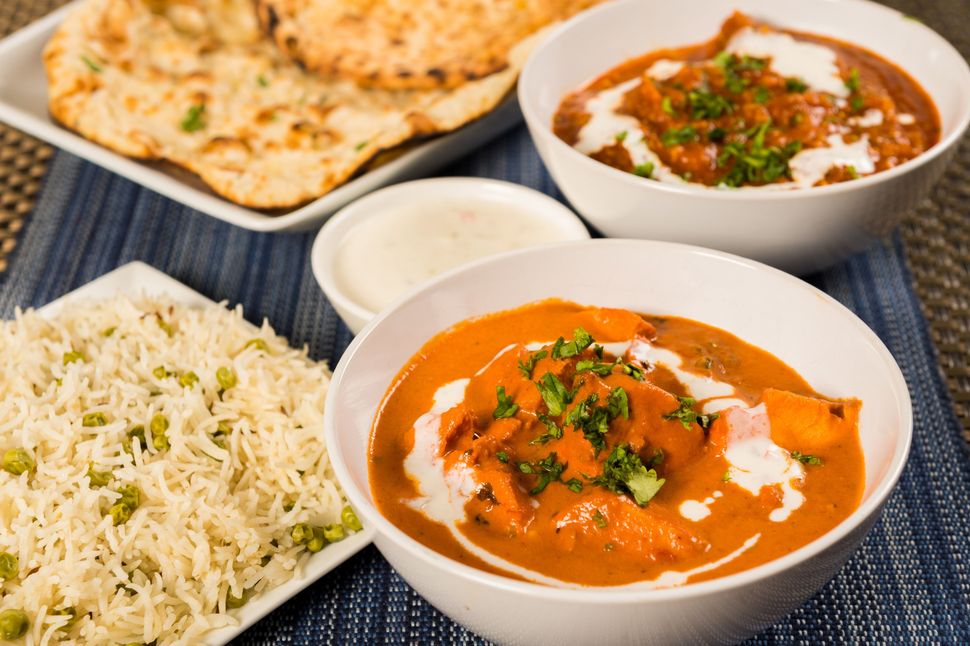 Do califlower latkes spiced with green chile and ginger, and accompanied by a cranberry chutney, sound tantalizing to you? If so, you might want to head down to Saar Indian Bistro, a new 57-seat Indian food eatery, inspired by Hemant Mathur’s hometown of Jaipur, according to Eater. Mathur has done more than his fair share to bring fine Indian dining to New York City, as the owner of five Indian eateries.

The forces of time, colonialism and globalization have influenced Indian cruisine over time, and these changing epicurean traditions will be reflected in the menu, which will include elements of Jewish, British and Persian delicacies on the menu.

In a statement, Mathur’s chef and wife said “Our goal is to show how food has evolved in India over the past 100 years, serving the dishes exactly as they are prepared and eaten at home today.” The restaurant’s colors will be bright and reminiscent of India. From kulcha to truffle risotto, if you’re looking for Indian food with a Jewish kick, it might be time to go to Midtown.

New Bistro Has Jewish, Persian and British Eats On The Menu