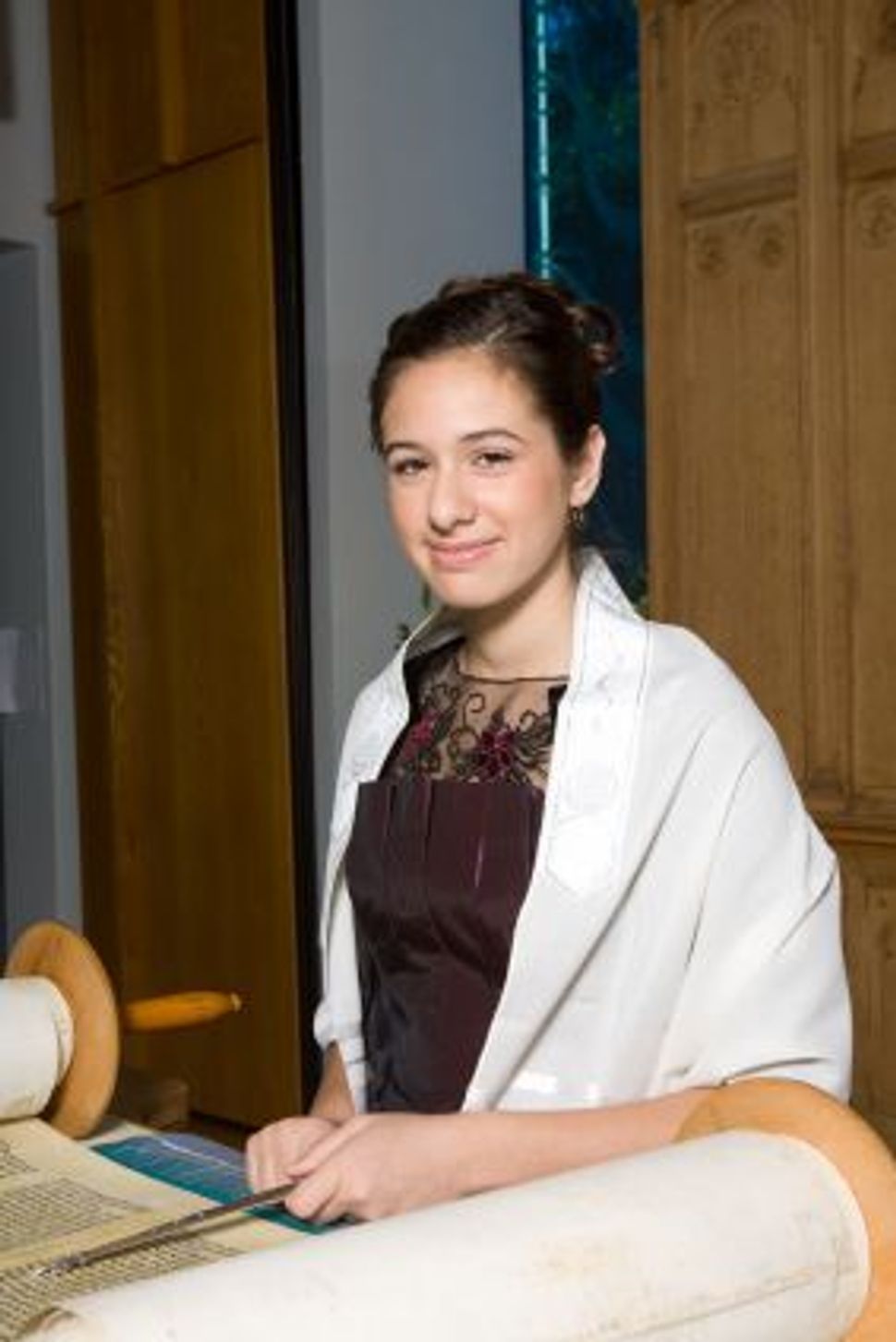 When we talk about bat mitzvahs, we tend to focus on the more absurdist elements of the day, like our regrettable sartorial choices and tales of general teenage awkwardness. We get so caught up in the puffy sleeved pink skirt suits and the fact that Ron Greenberg decided to do “Love Shack” in the karaoke booth with Jessica even though you asked him first, that we fail to consider how truly progressive this ceremony once was.

The bat mitzvah was a major achievement for early Jewish feminists who, caught up the fervor of the suffragette victory of 1922, decided to claim the right of passage as their own. Now, in light of bat mitzvah’s 90th anniversary, the JCC in Manhattan is hosting an exhibit about ceremony, as well as a concert and performance this Thursday night dedicated to the ceremony.

The Sisterhood spoke with these women about their sometimes funny, sometimes boring, and sometimes empowering experiences up on the bima. Feel free to share your bat mitzvah story in the comments section below.

Comedian Judy Gold was bat mitzvahed in 1975 in Clark, N.J. She wore a short orange dress made by her mother.

“As an unpopular bullied kid my bat mitzvah was huge. This was my first real performance, and I killed it… Every other girl seemed to be excited about coming out of a cake with sparkles, but for me it wasn’t about the party, it was just like here I am. I was a woman, a person.

“We went every week to synagogue. I would sit there, and look up at the bima, and it was all men. I just waited for the day when I would get up there.”

Performance artist Glenn Marla was bat mitzvahed in Cherry Hill, N.J. in 1995. Marla, who now identifies as a man, says he was too fat to wear the white outfits donned by most of his classmates, so he wore a “teal drag queen” dress.

“My parsha was Joseph, and that made me feel really special. Of all the portions, this is the only one Donny that Osmond could sing to me. Huge for a young queer girl… I am a performance artist, and this was my first real big production.”

Singer/songwriter Alicia Jo Rabins was bat mitzvahed in Baltimore in 1990. She wore a “geeky skirt and jacket set with blue flowers on it.

“I grew up in a more mainstream community and by that age I could already tell that I was kind of a weirdo. The synagogue had kind of a factory feeling, which wasn’t their fault, but just because it was so huge.”

“We had two parties, an adult party that was really mellow, and then we had a separate pizza party for kids that had all your normal 13-year-old drama.”

Actress Sam Mozes was bat mitzvahed in 2010 in Manhattan. She wore a “crazy thing,” a traditional Moroccan garb purchased for her by her mother on a work trip in Morocco. She topped it off with a “big bizzare kippah with mirrors on it.”

“I have an aversion to the high-budget thing, so I had my party at an Indian restaurant on Curry Row [in Manhattan].”

“It wasn’t like I woke up the next day and thought ‘I am a woman,’ but still it was a very powerful experience to get to lead a service, even if it is just symbolic…The bat mitzvah has been weirdly corrupted, turned into a Sweet 16 or a Quincenera. But really it is all about the fact that you can depend on me to lead your service for you. It gets tied up in the party, but it is all about responsibility, and that is a nice rite of passage.”

Writer Deborah Feldman, author of “Unorthodox” did not have a bat mitzvah as they are not permitted in the ultra-Othodox sect in which she was raised. She finally got to study a Torah portion of her own for Thursday’s event and will be delivering her first ever “bat mitzvah” speech.

“I actually never heard the word ‘bat-mitzvah’ growing up. A bar-mitzvah was for boys, it was an initiation into the male-dominated inner circle; no mention was made of any female initiation rite.”

“At 12, I became a woman according to Jewish law, but it felt hushed up, as if it was embarrassing to talk about. I don’t remember feeling celebratory. I remember getting my period and thinking I was dying; I remember feeling as if I was slowly slipping under an invisible, heavy shroud. I could feel everything changing, but I didn’t understand why. I remember it as the age I was sexually assaulted and started feeling enormous guilt about my newly feminine body. I guess in a way you can say that things went downhill after my so-called bas mitzvah.”

“Since then, I’ve met regular Jewish girls. I know they didn’t go through what I went through; I could see that they were celebrated, and that celebration is still radiating from their bodies like an aura of self-love. It’s a painful reminder to me. I wonder if I will ever feel so at home in my Jewish-ness. I won’t lie; often I wish that I had experienced these women’s childhoods instead of my own.”

Interviews were edited and condensed by the author.