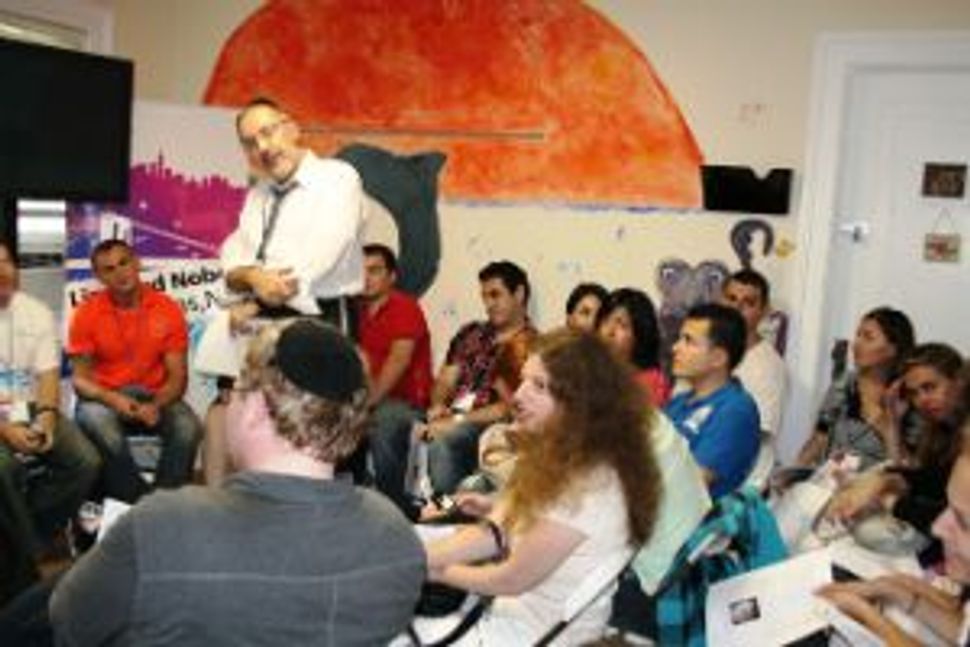 More than 500 young Russian-American Jews from across the United States will gather at Princeton University for a conference designed to bring them closer to Jewish history and culture.

The Limmud FSU conference will take place at Princeton May 11-13.

Limmud FSU is a festival of Jewish learning featuring a program of lectures, workshops, round-table discussions, music and a wide-range of cultural events presented in Russian, English and Hebrew. The goal of the program is to bridge young Russian-speaking Jews and their disconnect from the American Jewish community.

The program will focus on the life and work of Albert Einstein; other topics to be discussed include: Jewish philanthropy, Israel and the Iranian threat, the Arab Spring and the future of Israel, Russian media in the U.S., and the Israeli economy. Presenters at the conference are leading academics, politicians, writers and artists hailing from the U.S., Israel, Russia and elsewhere.

“Limmud FSU is a unique opportunity for the Russian-speaking Jewish community to create something new, educational, thought provoking, and most importantly – our own,” said Alina Bitel, a participant from New York. “The program inspires pluralistic approach to Jewish engagement and fills a void that has been created for those who don’t find a place for themselves in traditional Jewish institutions.”

There is an estimated 750,000 to 1 million Russian-American Jews in the U.S., with about half living in New York and New Jersey.

Limmud conferences also will be held this year in Belarus, Moldova, Ukraine, Israel and the United States. A conference last month in Moscow attracted about 1,000 young people and focused on Russia as a society undergoing change both in general and for its Jewish citizens.