All (?) The Women Trump Has Groped 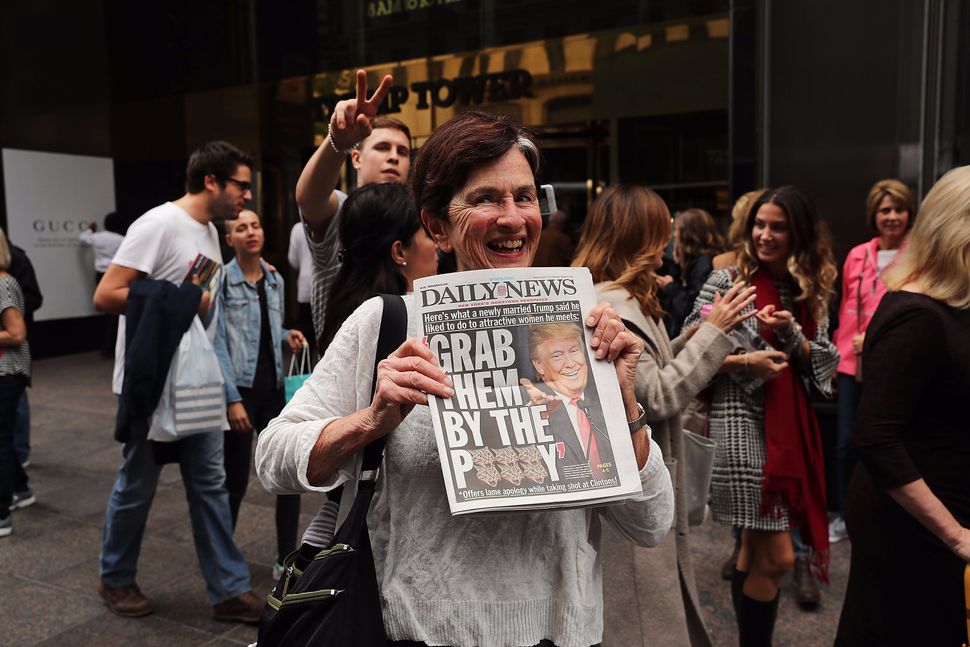 So, uh, Trump. As should not come as any surprise, but somehow kind of does, Donald’s “locker room” talk about non-consensually grabbing women’s genitalia was not, as he’d claimed during the second presidential debate, merely “words.”

A candidate who had thus far come across as casually (if professionally) misogynistic (fat-shaming, ogling) has now crossed over into Cosby territory, with more and more disturbing information about Trump’s thing for the young and not as in 22. More and women (see Slate’s tally) coming forward to say that he’d groped them or otherwise physically crossed a line.

The “physically” bit here is key. That and the underage one. (What adult makes lewd remarks about 10-year-olds?) Until this latest round of revelations, Trump had seemed bad, of course, but plausibly like the American Everyman’s id. Sure, went the Trump-apologist narrative, lots of women find it gross that he worships beautiful young but of-age models (with electoral consequences!), but hey, he’s just a red-blooded dude, doing what any man would do if he were a billionaire. (Again, goes the narrative. I don’t personally share this view.) Now, though, that interpretation has become untenable.

“Now” also happens to be the month before the election, which has led some commentators (ahem, Joe Scarborough) to question whether these revelations were timed by the Hillary Clinton campaign. Which is both absurd and… even if true, unimportant. If Trump really did all this—and it’s looking like a yes—then by all means, let’s learn about it at exactly the moment when it stands to keep him out of power.

All (?) The Women Trump Has Groped