What’s the Yiddish for ‘Pussy Hat’? 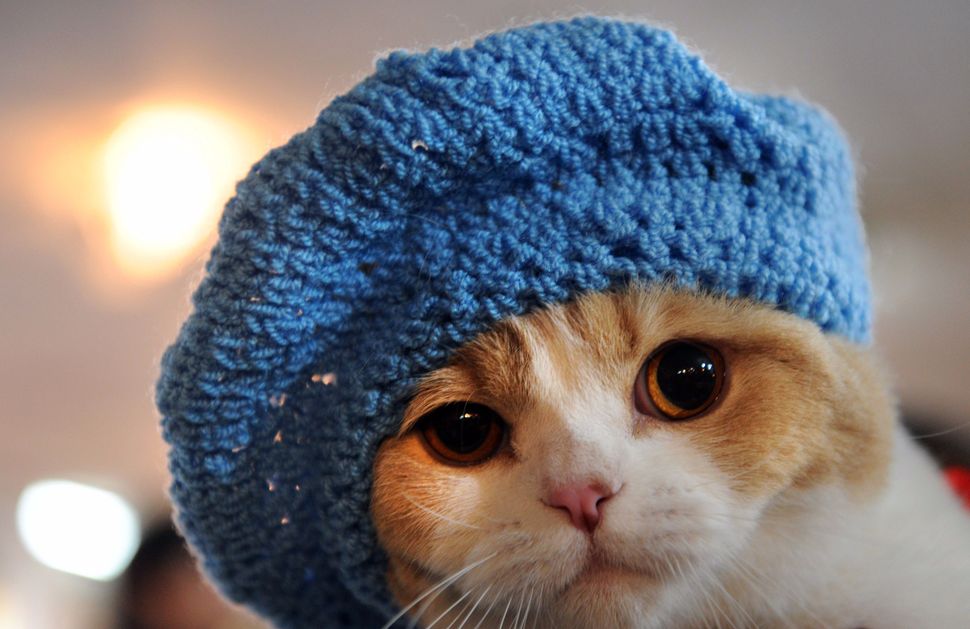 Say you’re going to a Women’s March and have decided to knit, or wear, a protest Pussy Hat for the occasion. 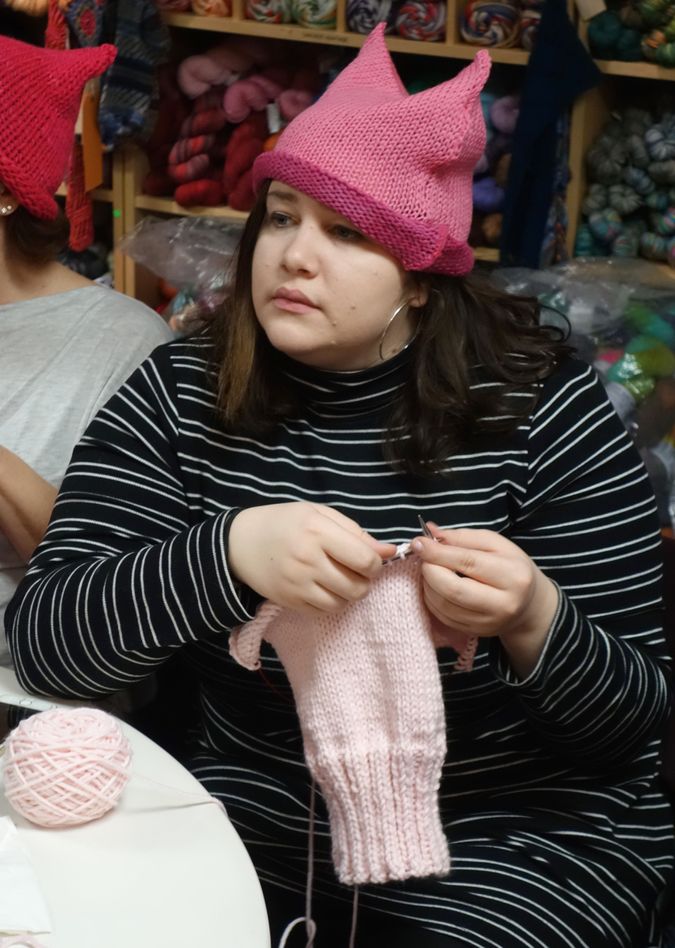 You may find yourself in need of brief moments of levity, and a fine diversion is contemplating possible Yiddish translations for “Pussy Hat”:

A hat in the style of the Pussy Hat is called a hitl. “Pussy” in Yiddish is a bit more complicated; no direct equivalent exists. Shandfleysh-hitl has a nice ring to it and may be ironic in a third-wave feminist sense. It’s literally “shame-meat-hat.” “Knish-Hitl” would sound good to an American ear. I grew up hearing Piregl to mean both vagina and the American sense of a man who isn’t masculine enough. So maybe Pireg-Hitl?

Pussy in the sense of cat is Ketsl which sounds a lot like Kitslen which is to tickle. A tickler (kitsler) is a euphemism for the clitoris. So “Ketsl-Hitl” is also a believable neologism with a triple entendre. The few remaining Ukrainian Jews from around Kiev would in fact pronounce it “Kitsl-Hitl.” Which I guess would be a “tickle/kitten/vagina” hat.

What’s the Yiddish for ‘Pussy Hat’?