The Problem Is ‘Wellness,’ Not Gwyneth Paltrow’s Privilege-Awareness, Part II 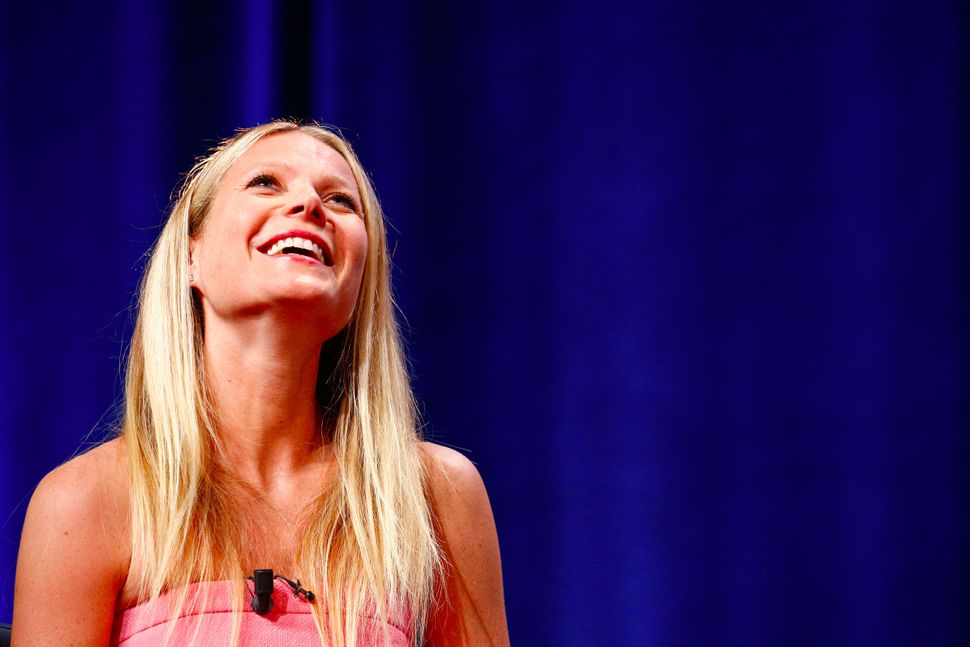 So Gwyneth Paltrow hosted a silly-sounding, outrageously-priced, somewhat disorganized-sounding health event. So what?, you might ask. The stakes are the highly profitable wellness industry, of which this event was a high-profile part. Most obviously, where there is “wellness,” all too often, there is pseudoscience.

In the New York Post, Maureen Callahan describes what happened when Dr. Habib Sadeghi spoke at the event, referring to himself (!) as “‘probably one of the most authentic human beings you will ever meet’”:

About 50 women, most exasperated, streamed out during his lecture, and it’s not hard to see why: By middle age, most everyone has had an experience with catastrophic illness, and there’s no reconciling Sadeghi’s nonsense with that.

Indeed. While people dealing with serious illness can be vulnerable to promises of miracle cures, experience in that area can also make a person skeptical bordering on furious at a certain type of pseudo-medical snake oil pitch.

But there are other, more intersectional, issues with “wellness.” For these, I return to Lindy West’s Guardian story:

You can’t honestly address “wellness” – the things people need to be well – without addressing poverty and systemic racism, disability access and affordable healthcare, paid family leave and food insecurity, contraception and abortion, sex work and the war against drugs and mass incarceration. Unless, of course, you are only talking about the wellness of people whose lives are untouched by all of those forces. That is, the wellness of people who are disproportionately well already.

This is both a comprehensive and correct list of progressive concerns circa now, and maybe a strange criticism of a daylong celebrity lifestyle-blogger event costing “between $500 and $1500.” The event didn’t promise to “honestly address ‘wellness,’” or not in any meaningful sense. If it had – if panelists had discussed “food insecurity” and “mass incarceration” – the only way anyone would have paid up is if there were a liberal arts degree at the end of it.

But West is right to criticize Goopian “wellness” in systemic terms. I’d push that point further: The concept of “wellness” – the industry, so to speak – extends far beyond the sort of people whose lives are so blissfully problem-free that they can afford to worry about pseudo-health concerns. (Nor is pseudoscience automatically innocuous when practiced by the rich. See: anti-vaxxers.)“Wellness” – in its incarnations more affordable than a Gwyneth event – becomes an imagined substitute for health care. For a food system with affordable and available produce. For walkable and bikeable communities. “Wellness” is about holding the individual solely responsible for his or her wellbeing, such that if you get sick, surely it’s your own damn fault for choosing a soda over a green juice, or for refusing to pay up for cosmetics promising “clean” ingredients. It is, in sum, about blaming poor people for getting sick, while treating the consumption habits of the rich as something for which they should be congratulated. (See Minh-Ha T. Pham on the stigmatization of fast fashion.)

Actual wellbeing and “wellness” are two different things. “Wellness” is for California beach Instagram. It’s model Camille Rowe – like Paltrow, an admitted smoker — starring in a series of videos called “What On Earth Is Wellness?” for British Vogue. You’re “well” if you have long, shiny blond hair (is there maybe a racist component to this?) and a certain physique. That is, that’s whose face gets plastered on wellness marketing.

Where I part ways from West is that I don’t much would change if Paltrow were to ritualistically acknowledge her frankly rather hard-to-miss and deeply capitalized-upon whiteness and privilege. She would still have these traits, and would go on profiting from them. A society where being thin, white and born to well-connected parents were not advantages would be a better one, yes. But the place to start is not by expecting someone who benefits more from these factors than most — and who, yes, also seems plenty hard-working — to have all that much interest in that fight.

The Problem Is ‘Wellness,’ Not Gwyneth Paltrow’s Privilege-Awareness, Part II