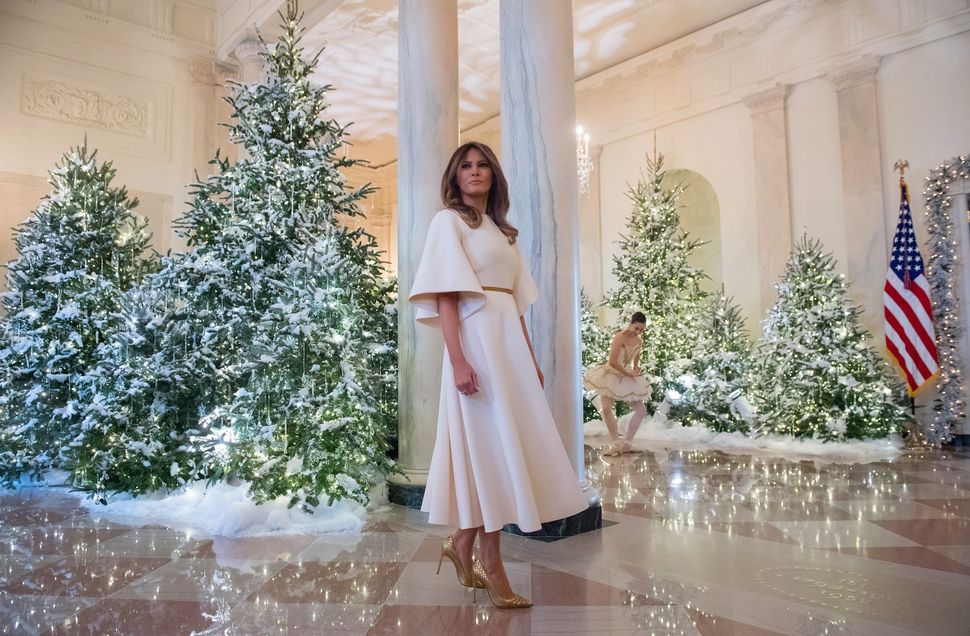 Every year, conservatives declare there’s a war on Christmas if a manger is barred from a federal building or if there is no Christmas tree in their kid’s school. The outrage is even often focused on the Starbuck’s audacity to celebrate the holiday by printing offensive cups – this time depicting a lesbian couple. The horror. This year, conservatives are gleefully declaring that in Trump’s America, they’ll overcome this unfair, overly politically correct discrimination.

There is no war on Christmas. There has never been a war against Christmas. According to a Pew Research Center survey, 92% of Americans celebrate it. In fact, it’s so popular that even 81% of non-Christians celebrate the holiday.

While it’s a religious holiday, it’s also a national one -– schools, banks and most offices are closed. So, even though I’m Jewish I don’t celebrate it, it’s really okay if people wish me a “Merry Christmas.”

In fact, I actually prefer “Merry Christmas” to “Happy Holidays.” Why? Because the later seems disingenuous. Look, we all know what you mean. Yes, there are a multitude of holidays during December, but there’s only one that inspires over-the-top decorations, carolers, and the mass marketing that begins just after Halloween.

Your deliberate “Season’s Greetings” doesn’t fool us. It’s not really about the ‘season’ when you decorate with trees and red and green lights. Sure, snowflakes represent winter, but Santa, reindeer and elves denote Christmas and Christmas only.

But even if you want to be politically correct and not offend anyone, you’re still not doing any harm by wishing someone a “Merry Christmas.” Why? Because it’s not offensive.

I know that when someone doesn’t specifically mention Hanukkah, it’s not a personal attack on me or my religion. In fact, it’s not about me at all. When people say “Merry Christmas,” it’s because they’re in a good mood. They’re being friendly. They’re being nice. You’re the one being rude if you don’t accept the greeting.

I don’t tell people not to wish me a “Happy Monday,” but they go ahead and do that sometimes. I don’t particularly like Mondays. Yet, I don’t have to be a jerk about it. I don’t have to reject their well wishes.

Christmas makes people happy. They want to talk to strangers and wish them well. Why would I want to be rude to someone who is only expressing a nice thought? I don’t know everyone who has ever wished me a “Merry Christmas,” but I can bet that no one has done it to be mean or rude.

How hard is it to say smile and say ‘thanks?’ Maybe even, ‘you too.’ It takes virtually no time or energy, yet you’ve just shared pleasant thoughts and a moment with another human. That’s what the holiday season is all about.

Whether you celebrate Christmas, Hanukkah, neither or both, it’s the one time of year when strangers feel compelled to say nice things to each other. So go ahead and wish me a “Merry Christmas.” I’ll wish you one back.

Jen Simon has contributed to dozens of publications,including The Washington Post, Cosmopolitan, Slate and Redbook. Don’t let her work about addiction and depression fool you, she’s also pretty funny. Her tweets, statuses and memes have appeared on funniest lists from “The Today Show,” The Huffington Post, Babble and Romper. You can follow her on Facebook at Facebook.com/JenSimonWriter; on Twitter @NoSleepInBklyn; and on Instagram @JenSimonWriterinst