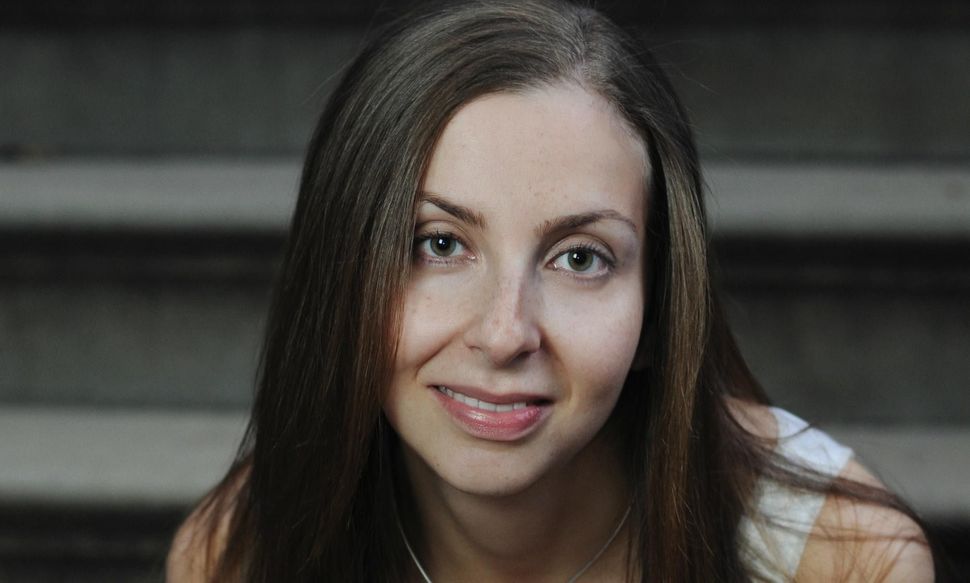 Ed. Note: This interview with Maria Konnikova originally appeared in The Forward on June 11, 2019. Her book, “The Biggest Bluff: How I Learned to Pay Attention, Master Myself, and Win,” comes out today.

Yes, her parents are proud.

In late 2016, Konnikova was researching luck and decision making for an upcoming book but struggled to narrow down the topic. Then a friend suggested she look into poker. Konnikova became obsessed, studying the sport for up to nine hours a day. With a simple cold call, she also convinced poker hall of fame champion Erik Seidel to be her coach.

For months, Konnikova shadowed Seidel and other professionals around the world, taking notes on everything, from their folding strategies to body language.

A year later, she won her first big tournament — beating 230 players to take home a $84,600 prize at a PokerStars Caribbean Adventure tournament.

Then, a moment of self-realization. Maybe this is something worth exploring a bit more? Konnikova decided to put her book (The Biggest Bluff, slated for late 2019) on hold and dove into the arena.

She became an official PokerStars Ambassador. She’s winning. She’s also sometimes losing. But she’s taking furious notes along the way. And she promises she will never give up writing.

We met up with her in Monaco, where she was playing in the PokerStars Monte-Carlo Casino European Poker Tour (EPT) tournament.

This whole experience started out as research for a book about decision making. How did poker become a part of this?

I wanted to write about luck and the role that luck plays in our lives. But as a writer, it’s not a topic, it’s just kind of a theme. Someone recommended that I should learn about game theory, which is all about decision making and trying to model uncertainty. I ended up reading John Von Neumann’s Theory of Games which is the foundational text of game theory and that’s how we came across poker because it ends up the game theory came from poker. [Von Neumann] was a poker player and he thought that if he could solve poker he would have kind of a rubric for strategic decision making. I thought this was fascinating and said to myself “if he thinks poker is so important, let me read more about poker.”

Now you’re in a place where you’ve taken a sabbatical from your book to play professionally. How did you become so successful so quickly?

Obviously luck has something to do with it. But I think it helped that I actually came to it completely fresh because I had no bad habits. Erik Seidel ended up introducing me to some of the best players in the world, a few of whom also agreed to take me on to coach me. So I had access to the best poker minds in the world to help me study and figure things out. And I worked my ass off like I always have. That’s one of my good characteristics. I’m capable of just putting my butt in a chair and spending nine hours a day studying poker. I took it as a full time job. So I think that it’s a combination of being lucky, but also really studying, working hard and pushing myself to do everything I could.

Did you have any preconceived notions about the game before you started playing?

Before I found out what poker really was I had this picture in my mind of men smoking cigars and having all these chips and like going all macho and crazy. I don’t think there’s been that much done in the mainstream community to change that perspective. One of the things I hope to accomplish is to bring more women to the game through my example, by sharing my story with a non-poker audience. Hopefully this will help people understand what poker is. Also to be perfectly honest people are puritanical as hell and they think that anything that happens in a casino must be horrible and evil. No one would bat an eye if I was like ‘Oh I’m gonna learn chess.’ But the truth is poker is much more helpful and useful to real life choices than chess. It’s a much more interesting game because it’s a game of incomplete information. Chess has been solved. Poker hasn’t.

Do women have any specific advantages over men in poker?

One of the things that women really excel at is reading and reacting to subtle cues. We’ve always had to do that because men don’t have to. They just walk into a room and they’re like ‘yep, that’s my room, this is my world.’ They’ve got everything covered because we live in a male dominated society. Women on the other hand have had to learn how to be subtle how to read everyone’s cues and figure out ‘OK, how do I pitch this just the right way so that people listen to me and actually pay attention?’ If you’re a man you just go. If you’re a woman there’s so much else that has to go into it. And I think that that’s so useful in poker because you’re much more attentive, you are much better at reading body language. I’ve made some really big folds and some really big calls just based on kind of cues like that.

Has playing changed the way you look at money?

No. I’m lucky, I have very good parents and one thing they’ve instilled in me is money management. I don’t come from a wealthy background at all, I was born in Russia. We left everything behind when we came here and I grew up pretty poor. And then I was a freelance writer. New Yorker writers are all on contract, no one actually gets a salary or benefits. So I haven’t had a salary since 2008. I’ve always had to kind of be used to swings… up and downs. There are months when I make zero and months when I suddenly get a quarter of my book advance. So in that sense poker really hasn’t changed anything because it’s very similar to how I’ve always had to deal with with money.

You’ve said that you know you’re never going to stop writing but are you ever going stop playing poker?

I never plan ahead. I never have. I think that it’s really important to be flexible because you never know where your life is gonna take you. Life happens and you never know what turns it’s going to take and you have to be willing to just go with it. And so as of now I have no plans to stop playing poker but who in the world knows what’s going to happen in five years. So I can’t predict that. Poker teaches you you can’t predict the future.

Rebecca Rosman is a freelance journalist based in Paris. She is originally from Chicago.