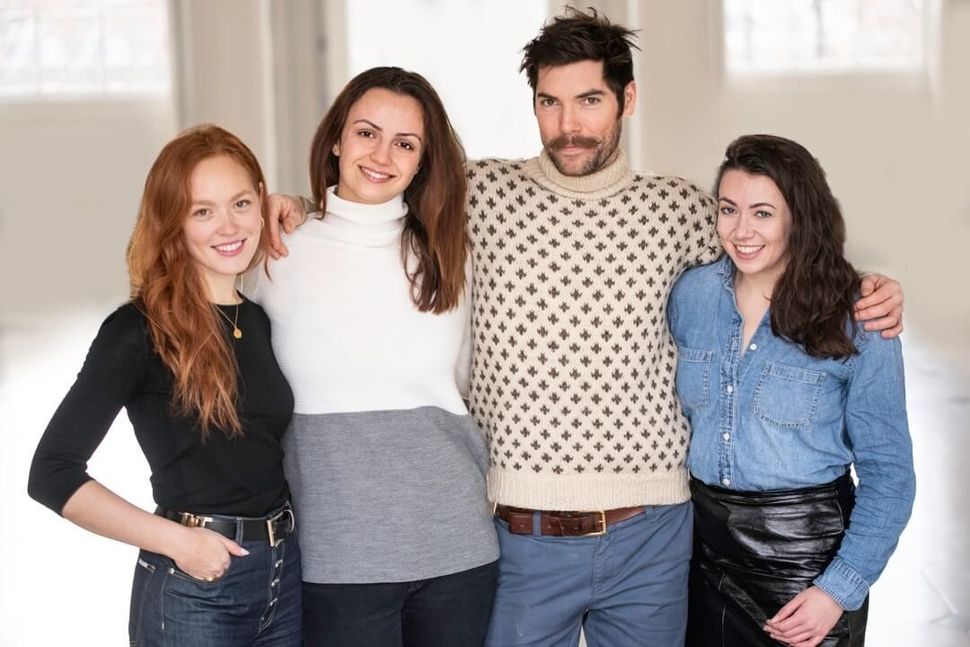 Valentina Milanova (second from left,) the CEO and founder of Daye, with members of her team. Image by Getty Images

When viscous hunks of your uterine lining break off and descend through your vagina, there’s nothing like thinking of murdered child writer Anne Frank. Right?

Associating menses with the teen diarist who became the face of the Holocaust feels disrespectful, even vulgar. But the person who is mainly responsible for linking Anne Frank with menstruation is Anne Frank. Frank’s writing includes exuberant, detailed writing about her period. “I think that what’s happening to me is so wonderful,” she gushed to her diary, in January 1944.

This is all to say: There is a startup, named in homage to Anne Frank, that is creating semi-sustainable tampons enhanced with the hemp-derivative Cannabidiol, or CBD. Before you get your panties in a twist, let’s go over the context.

“Whenever I get my period (and that’s only been three times), I have the feeling that in spite of all the pain, discomfort and mess, I’m carrying around a sweet secret,” Frank wrote that January. It’s a remarkable thought to put to paper, not just because a periods are painful, bloody, and often considered shameful. Scientists believed that the blood and saliva of menstruating women was toxic until as late as 1945, making Frank’s euphoric attitude toward menstruation exceptionally radical. “So even though it’s a nuisance, in a certain way I’m always looking forward to the time when I’ll feel that secret inside me once again,” she wrote.

That passage, like one from 1942 in which Frank extolls the “whitish smear” in her underwear that heralded the arrival of her period, doesn’t get the same kind of play as, for example, her famous quote about people being good at heart. Frank’s father, Otto, initially censored the “whitish smear” comment, along with much of Frank’s writing about sex and biology from the original editions of Frank’s diary; those passages were only made public starting in the 1990s. But Frank’s writing about menstruation is just as legitimate a part of her legacy as any of the diary’s passages about Anti Semitism, beauty or love.

And loving menstruation is barely less radical in 2019.

In the U.S., feminine hygiene products are taxed like luxury items, despite being necessities. They’re not provided in public bathrooms, and neither tampons nor viable pads are provided in prisons. Plus, stigma requires that menstruating women stay quiet about the costly, messy, painful and nearly universal monthly experience. 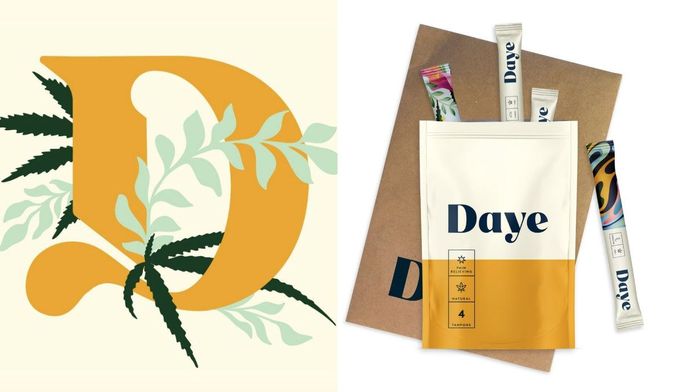 So — good luck finding a 15-year-old girl today who describes her period as a “sweet secret.”

Which helps explain why the 25-year-old entrepreneur Valentina Milanova, inspired by Anne Frank, is determined to make periods more, as Frank put it, “Wonderful.”

Milanova is the founder and CEO of Daye, which researched and engineered the aforementioned CBD-coated tampons, which they claim reduce menstrual pain. Daye, which is currently seeking approval to sell the product in the U.S. and Europe, is millennial catnip, designed in a way that evokes the same desire as personalized skin-health vitamins or $13 single-serving juices. Scrolling Daye’s website, evokes a different feeling than looking at advertising for makeup or home goods — you get the sense that using these products will make you clean, happy, and somehow, a good person.

But Daye has a social justice agenda that’s difficult to untangle from its financial one. The company — which uses the tagline ‘A new Daye in female health’ — aspires for the 30-percent CBD extract coating its tampons to help alleviate menstrual pain, as a holistic, non-addictive alternative to pharmaceutical painkillers. While there are many studies that show that cannabis products can help with chronic pain, and historians know that cannabis has been used to address pain for centuries, there is as of yet no scientific support for the idea that vaginally-administered CBD can safely and successfully address period pain.

CBD or Cannabidiol, is super buzzy chemical compound derived from hemp that has made its way into everything from seltzers to sexual lubricants. Unlike its twin-compound THC, CBD is a non-euphoriant — it doesn’t get you high — and manufacturers have touted its supposed endless number of health benefits, particularly in addressing anxiety and pain. The World Health Organization [reported] (https://www.forbes.com/sites/janetwburns/2018/03/18/who-report-finds-no-public-health-risks-abuse-potential-for-cbd/#1b6f000b2347) in 2018 that it found neither health consequences nor potential for abuse in CBD. 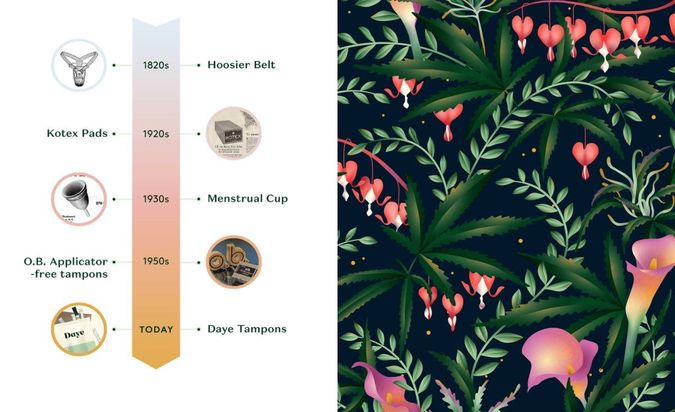 But only one CBD medication, Epidiolex, has been approved by the FDA; it’s a treatment for children with certain epileptic disorders. CBD products are legal…sort of. As an article from PBS explains, CBD with less than three percent THC (the compound in weed that gets you high) isn’t a federally banned substance, but it’s regulated by the FDA, which prohibits selling CBD while making claims about its health benefits, but rarely enforces that prohibition.

Milanova and her team make the case that CBD is ideal specifically for the treatment of menstrual cramps. The vaginal canal, they claim, has the body’s highest concentration of cannabinoid receptors, receptors in the cell membrane that are part of the body’s neurological system. That’s right — the body has an entire biological system named after cannabinoids, because the receptors, which also deal with things like emotion, eating, learning and memory also respond cannabinoids including marijuana. But Indiana University psychology and brain science professor Ken Mackie, who researches the endocannabinoid system, says the claim about the vagina’s cannabinoid receptors is not true.

“As far as I am aware, there is no evidence that the vagina has the highest number of cannabinoid receptors,” Mackie wrote in an email. In fact, he added, “Vaginal cannabinoid receptors may have little to due with any therapeutic benefits of vaginal CBD.” But he confirmed that the vaginal canal is optimal for absorbing medication, because it has substantial surface area due to its folds, and it lacks a keratinized layer, allowing molecules to pass through relatively easily. “Our understanding of ‘how’ cannabidiol works is at a very early stage,” Mackie wrote. “We know that CBD engages many targets in the body, including CB1 and CB2 cannabinoid receptors, but we know little about the relative importance of each of these targets in the therapeutic actions of CBD. Specifically, vaginal cannabinoid receptors may have little to do with any therapeutic benefits of vaginal CBD.”

Outside of America, CBD has made greater footholds as a pain treatment. In Canada, a CBD-based treatment was approved as a treatment for some kinds of pain from multiple sclerosis in 2005, as was another in 2007 for unmanageable pain from cancer. 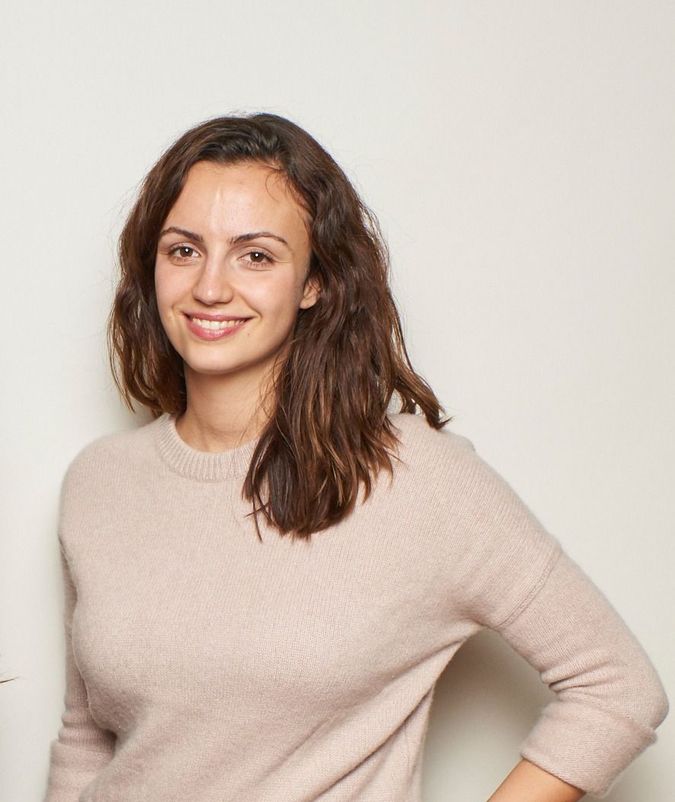 Valentina Milanova, CEO of Daye Image by Courtesy of Daye

“We’re doing this because we think painful periods are a problem worth solving,” said Milanova. (If you’re reading this and haven’t experienced cramping, it ranges from feeling like dull nausea to like a Major Leaguer using your abdomen for batting practice.) According to The American Academy of Family Physicians, up to 20% of women experience period pain serious enough to interfere with their ability to do basic activities. The primary and most effective over-the-counter treatment for that pain is ibuprofen, which is recommended only for sporadic use, as it can increase the risk of heart attack and internal bleeding if used consistently over time.

Currently, Daye is in the second phase of an a 80-person double-blind crossover randomized clinical trial. Previously, the company did a trial in which 120 volunteers used CBD tampons for three months, and reported that the tampons were “tolerated in all volunteers, with no signs of toxicity or serious side effects.” And an independent study found that CBD was tolerated in patients and “shows great promise” in pain management.

But evidence that CBD — and Daye tampons specifically — actively alleviates cramps is still anecdotal, although other hemp derivatives have historically been used reduce the pain of periods. It’s worth considering that scientific researchers aren’t particularly interested in solving issues of female pain. There has been one scientific study on cannabis and cramp pain; it was published in 1847.

Milanova isn’t the first to see Frank’s radical feelings about her period as an opportunity to shift the conversation about menstruation — in a way that’s good for business. In Japan, readers of Frank’s diary were so touched by Frank’s embrace of menstruation that the country’s cultural norms around women’s cycles shifted entirely — so much so that in the 1960s, the tampon company OB manufactured “Anne Tampons” for Japanese consumers. Frank’s writing about her period was so revolutionary for Japanese readers that “Anne’s Day” became the Japanese euphemism for having one’s period.

“When I was 13 and first read her diary I remember being deeply impressed that someone could hold a positive view on menstruation — it changed my perspective on it,” Milanova said. It’s the company’s intention to be “super respectful” of that legacy, she said. Milanova grew up in Bulgaria, which deported an approximate 11,000 Jews to German death camps during the Holocaust. As with Japanese acolytes, it’s interesting that Frank has appealed so deeply to citizens of countries that were allied with Nazi Germany during World War II. For Milanova, her sense of a connection with Frank was profound.

“I am not Jewish,” she said. But she was moved by Frank’s “enthusiastic view of what it means to grow up as a young woman.” She initially named her company “Anne’s Day,” then changed it to “Daye.” The allusion to Frank’s roar of joy at the thought of menstruation is not a gimmick, she argues, but a quiet homage. 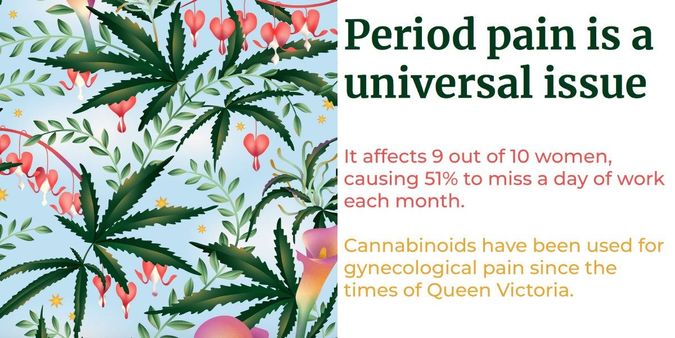 Scientists will have to tell us if CBD tampons are a brilliant innovation or just another pricey false menstrual messiah. But it’s stirring that Frank’s writings galvanized a young, non-Jewish Eastern European woman to create a period product in an attempt to increase gladness, and banish pain. To, in a quiet way, improve the world.

Jewish and non-Jewish readers of the diary have stumbled from the very first in our work as custodians of Frank’s writings. We’ve stood by the creation of plays and other works that “universalize” her story by de-emphasizing her Jewish identity. We’ve allowed generations to grow up believing that Frank was heterosexual, handing teenagers a version of her diary that censors her same-sex desires. Most strangely of all, we’ve heaped on the shoulders of a child corpse the responsibility of being the primary balladeer of her people’s mass murder.

So who are we to claim that it is shameful for a company to try to diminish female suffering in Frank’s name?

“How wonderful it is that nobody need wait a single moment before starting to improve the world,” Frank famously wrote.

Her writing about menstruation did, for many, measurably improve the world. Our memories are short and selective, but surely we can remember that.