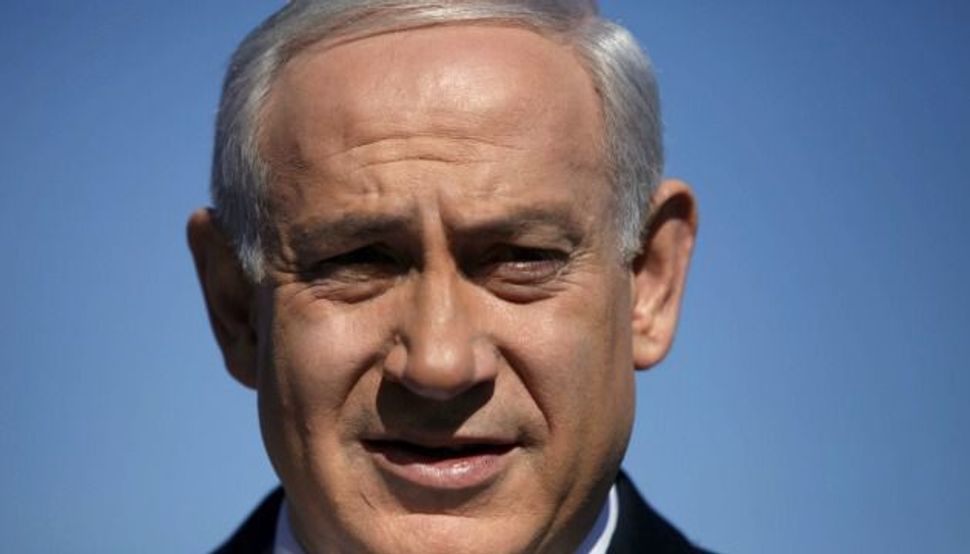 Hard Truths: If Barack Obama did say that Israel was shooting itself in the foot by expanding the occupation of the West Bank, well, guess what? He?s right. Image by getty images

So now we have the journalist Jeffrey Goldberg, presumably based on conversation(s) with officials of the Obama administration, perhaps with the president himself, quoting Obama: “Israel doesn’t know what its own best interests are.” And then, with “each new settlement announcement Netanyahu is moving his country down a path toward near-total isolation.”

Needless to say, Benjamin Netanyahu reacted to the report testily. An aide said that Netanyahu would “continue to resist pressure from America and other countries” and would “make no compromise that will harm its citizens’ security.” Netanyahu himself responded trenchantly: “I think that President Obama knows that the ones determining Israel’s vital interests are the citizens of Israel, and they will be the ones to choose who will protect those interests in the best possible way.”

And how does the prime minister define Israel’s interests? In an interview with Israel Hayom in the wake of the Goldberg column, he cites three main objectives: “Preventing Iran from arming themselves with nuclear weapons, not going back to the indefensible 1967 borders, and keeping Jerusalem united. These are fundamental objectives.”

And, as The Economist recently observed, “A growing number of Israeli politicians on the right argue that if Israel ‘stands firm,’ Western governments will quietly acquiesce in the Palestinians’ failure to get a proper state, just as most Basques and Kurds have had to make do with autonomy at best rather than outright independence.”

This conviction can be taken to preposterous extremes. Thus, Yair Shamir, son of former prime minister Yitzhak Shamir, says (again according to The Economist) that Israel should simply ignore Western finger-wagging; it can find new friends and trading partners in China, India, Russia and elsewhere in Asia.”

There are those who say that Israel has no choice but to live with the status quo. After all, they argue, the Palestinians are not adequate partners for peace. And the entire region is now seething: Who knows what will happen in Syria? How reliable is Morsi of Egypt? Even Jordan is no longer a dependable neighbor. And, of course, there’s Iran and its terrorist proxies. This is, therefore, no time for a grand bargain.

But the fact is that the status quo is inherently unstable — in part because that is the way it is, and in part because Netanyahu, et al., are using this recess from peace talks to create new facts on the ground: a university in Ariel, deep inside the West Bank; declarations about planned development in the contentious E1 territory between Jerusalem and Ma’aleh Adumim; provocative housing expansion across the Green Line; the relentless drive to Judaize the remaining Arab enclaves of East Jerusalem. These are the practical implications of “not going back to the indefensible 1967 borders and keeping Jerusalem united.”

During Israel’s election campaign, Netanyahu pledged that there would be no dismantling of settlements during his next term in office. “The days of bulldozers flattening settlements are behind us, not in front of us,” he said. (For the record, there have been very, very few such days.) And he might as well have added that the days of settlement expansion are, as an explosive January 16 report by Shalom Achshav (Peace Now) shows in painstaking and painful detail, very much with us. That report reveals that Israel’s government approved more than 1,400 new construction plans and more than 6,000 housing units beyond the Green Line in 2012, a substantial increase over 2011.

We judge political leaders by their words and by their deeds. In the case of Netanyahu, there is little reason to choose between the two, no need to ask whether the “real” Netanyahu will stand up. The prime minister is altogether real. While projections for his Likud party indicate that it will hold only about 26 percent of the seats in the Knesset, losing some strength to more fastidiously right-wing parties, and that the center-Left, for all its disarray, will experience a bit of a revival, Netanyahu is virtually certain to form Israel’s next government. And that means still more facts on the ground, still more impediments to a two-state solution.

American pressure? If past is prologue, not likely. But if Israel continues down its current destructive path, transforming a two state solution into a dismal relic of a time of sunnier hopes, confirming apartheid as Israel’s chosen course, all bets are off. The day might yet come when America informs Israel, AIPAC notwithstanding, that it will no longer be its champion in the United Nations, or that other arenas of cooperation and support have narrowed.