Bernie Sanders Caps Historic Campaign With Plea for Unity — Will It Be Enough? 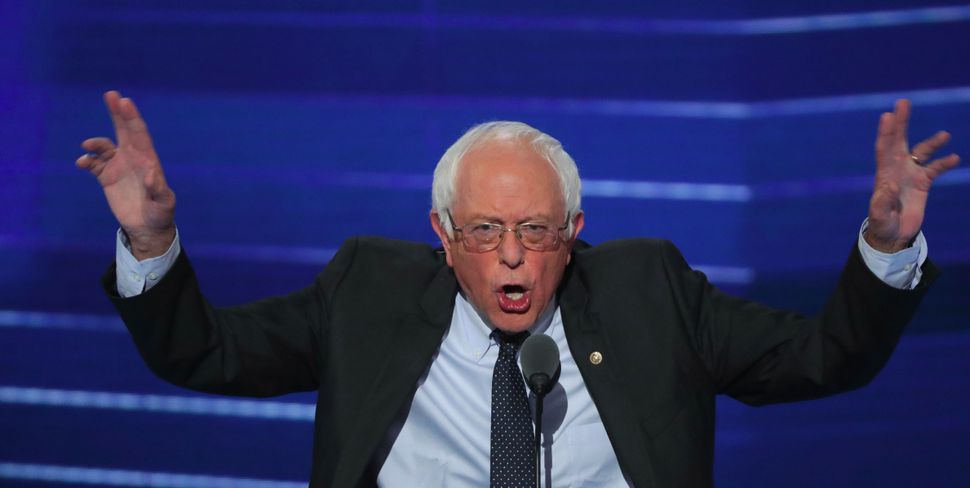 Concluding a tumultuous day at the Democratic National Convention, Bernie Sanders delivered a strong message of support for Hillary Clinton, meant not only at rallying Democrats behind the presumptive nominee but also at quelling a sense of unrest among his backers that had threatened to overshadow the convention.

“Based on her ideas and her leadership – Hillary Clinton must become the next president of the United States,” Sanders said in an address to a full house of Democratic delegates and supporters, many of them waving “Bernie” signs, most standing on their feet throughout his speech.

Sanders, the Jewish senator from Vermont whose unlikely race for the Democratic nomination as a social democrat turned into a movement that energized millions, sought to get the party back on track after a raucous opening of its national convention in Philadelphia. Many of his backers, angered to learn from a massive email leak that the Democratic National Committee was biased against Clinton, made their views visible in demonstrations outside the arena and in constant jeers from the convention floor.

“I understand that many people here in this convention hall and around the country are disappointed about the final results of the nominating process,” Sanders said. “I think it’s fair to say that no one is more disappointed than I am.”

In a carefully crafted speech, Sanders portrayed Clinton through the prism of his own campaign, listing the issues on which Clinton’s views and the Democratic platform are in line with the agenda he presented to voters during his surprisingly resilient primary campaign.

“Hillary Clinton will end the movement to oligarchy we are seeing in this country,” Sanders said, adding that in joint work with the Clinton team, “we produced by far the most progressive platform in the history of the Democratic Party.”

His speech came after an earlier attempt Monday morning to convince his supporters to back Clinton was met with loud boos in a clear sign that not all his supporters were on board with the message of unity the former candidate was trying to relay.

Sanders and Clinton talked throughout the day about ways to address the outburst of anger among Sanders supporters and how to ensure these sentiments do not overshadow the convention. The Sanders campaign even reached out to delegates and supporters by text message, urging them to show respect to speakers and to accept the leadership of Hillary Clinton.

In a further effort to calm emotions and avoid confrontation, DNC chair Debbie Wasserman Schultz announced she would not gavel in the convention. The Florida Jewish congresswoman, who resigned following the DNC email leak and who will step down Friday, kept to the backstage throughout the opening day. An early morning meeting with her state delegation turned chaotic when some in attendance booed Wasserman Schultz and shouted “shame on you.”

In his convention speech, Sanders did not address the DNC scandal or his call to reform the party’s election process. Instead, Sanders focused on a clear and sturdy endorsement of Clinton as the party’s presidential nominee. “Hillary Clinton will make an outstanding president and I am proud to stand with her tonight,” Sanders said. In the audience and on the convention floor, dozens of supporters teared up as Sanders delivered his address, which served as the official end of his campaign.

Sanders’ message to supporters was summed up, an hour before he took the stage, by Jewish comedian Sarah Silverman. She described herself as a Sanders supporter, but said it was now time to back Clinton. When some hecklers didn’t approve, she addressed them directly: “To the Bernie-or-bust people – you’re being ridiculous.”

Sanders supporters did not try to challenge the party’s platform, which was easily approved by the convention. The new platform contains several key concessions to them on social and economic issues, but not on the question of the Israeli-Palestinian conflict, on which Sanders had tried to change the party’s position to include greater acknowledgment of Palestinian rights.

“I don’t think the platform went far enough to support Senator Sanders’ position, but you know what? It’s a move forward, and we still hope for more,” said Hatem Natsheh, a Sanders supporter from Texas who wore an “I support Palestinian human rights” sticker on his shirt, next to a Sanders pin. He said that despite his disappointment he’ll vote for Clinton in November. 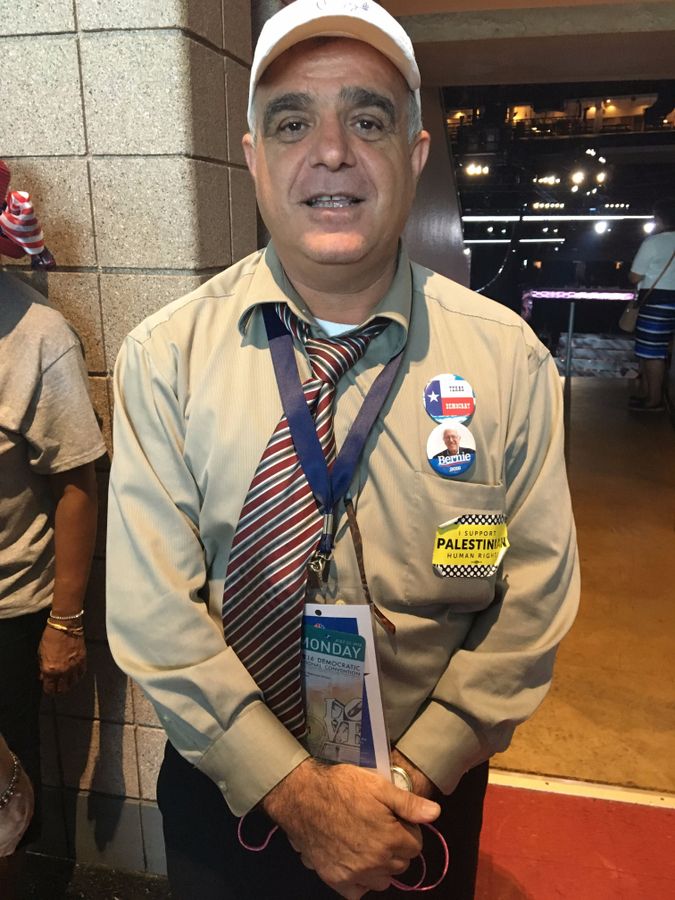 On the floor, another delegate waved a Palestinian flag and others wore pro-Palestinian stickers.

The impact of Sanders’ speech and the removal of Wasserman Schultz will be put to a test in upcoming days. Sanders supporters will have their chance to express their support for the Vermont senator today, when the roll call is held to formally elect the party’s nominee. Democratic officials and Clinton campaign members said they hope that the message delivered by Sanders last night will ensure that the remaining days of the convention are free of disruption.

Bernie Sanders Caps Historic Campaign With Plea for Unity — Will It Be Enough?