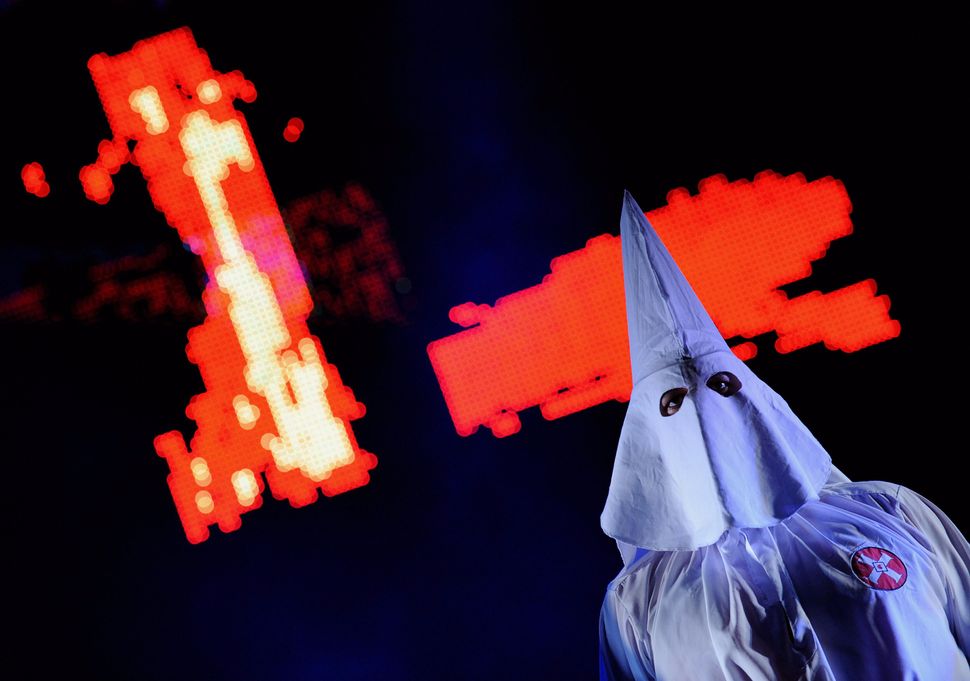 The number of radical groups in the United States rose for the second year in a row, fueled by the rise of President Trump, according to an annual report from the Southern Poverty Law Center.

Notably, white nationalism is on the rise.

“2016 was an unprecedented year for hate,” said Mark Potok, senior fellow at SPLC, in a statement. “The country saw a resurgence of white nationalism,” Potok said, “that imperils the racial progress we’ve made.”

The SPLC pointed to Trump’s “incendiary rhetoric” and his adviser Stephen Bannon as energizing some of these groups, saying that the president’s policies “reflect the values of white nationalists” and that in Bannon extremists may “have an ally who has the president’s ear.”

The SPLC’s report divides radical groups into a dozen different categories, such as “Black Separatist,” “Anti-Muslim” and “White Nationalist.”

Not all types of SPLC-defined radical groups grew in 2016.

Antigovernment “Patriot groups” actually saw a 38% decline, dropping last year to some 600 from around 100. Patriot groups are armed militias who see the government as their enemy.

The SPLC report also includes an online interactive map that shows state by state where groups are active. While this approach to monitoring extremist activity is one of the main ways SPLC has tracked the growth of radical organizations, SPLC admitted that the ways in which radical ideology spreads is changing.

For example, the white nationalist “alt-right” movement has no central location or even formal chapters, but instead operates largely online.

“The overall number of hate groups likely understates the real level of organized hatred in America,” the SPLC release read, “a growing number of extremists operate mainly online and are not formally affiliated with hate groups.”