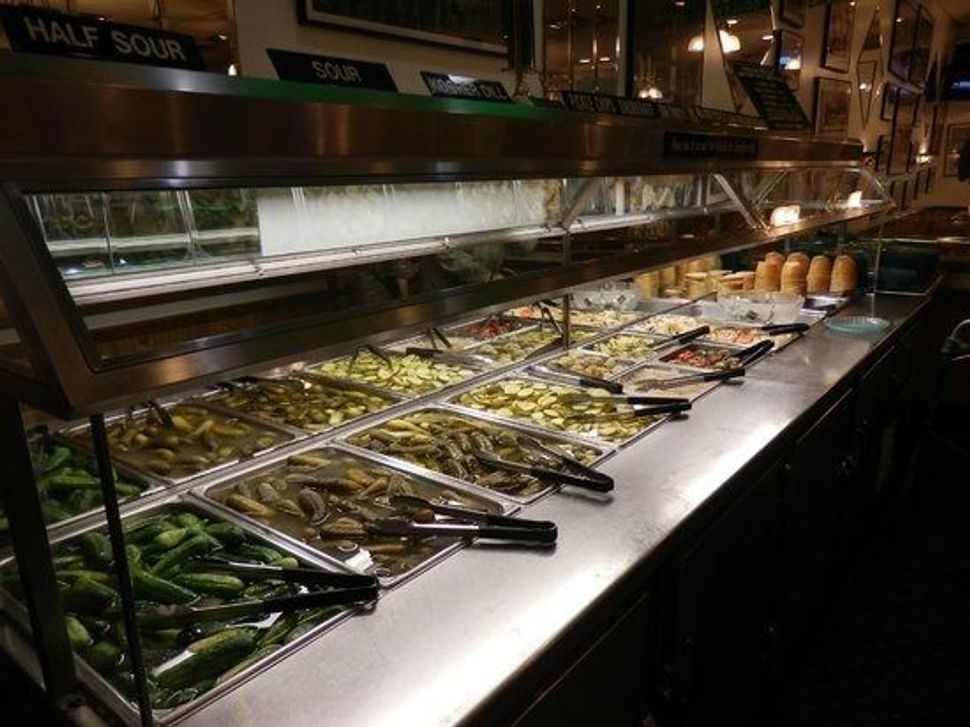 Shapiro’s Delicatessen in Indianapolis survived the 1918 Spanish Flu pandemic. It survived World War I, World War II and the Great Depression, along with countless other travails and trends that have sunk most family businesses since the dawn of the 20th century. But third-generation owner Brian Shapiro said none of that compares to the coronavirus pandemic of 2020.

“The cost of running a restaurant has jumped a lot,” Shapiro said in an interview. 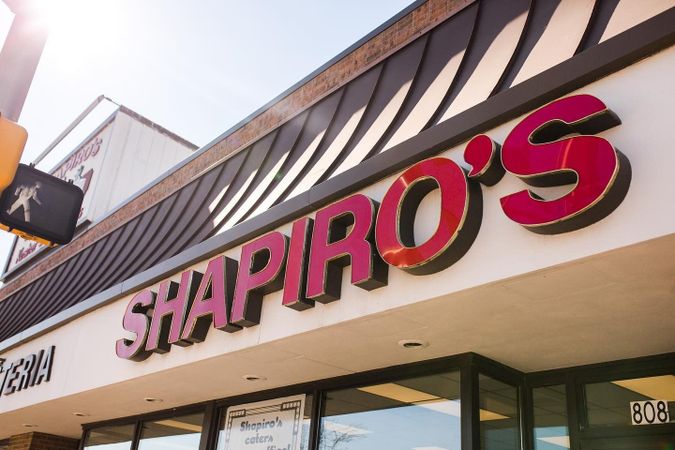 Across the country, more than 500,000 restaurants are in “economic freefall” because of the strain on the U.S. economy caused by the pandemic, according to a survey released earlier this month by the National Restaurant Association. The trade group found that 87% of full-service restaurant operators reported an average 36% drop in revenue. Another 83% expect sales to worsen over the next three months, while nearly 60% anticipate layoffs and furloughs will continue.

Jewish delis, which faced tough economic headwinds before the pandemic, are especially vulnerable. To keep Shapiro’s afloat amid the world’s worst public health crisis in more than a century, Shapiro has laid off staff and reduced his restaurant’s menu offerings to cut costs. He has also navigated Center for Disease Control guidelines and local government regulations to fight the pandemic’s spread.

“The restaurant industry simply cannot wait for relief any longer,” Sean Kennedy, the Association’s executive vice president of public affairs, wrote in a letter to Congress earlier this month. “Efforts in Washington to find the `perfect’ solution are laudable, but the lack of progress in the meantime has led too many operators to give up on the government and close down for good. Since our last update to you, less than three months ago, an additional 10,000 restaurants have closed nationwide.”

Under the COVID-19 relief bill passed by Congress before the Christmas holiday, restaurants and other small businesses would be eligible for a second loan under the Paycheck Protection Program, along with protection against lawsuits over the pandemic. 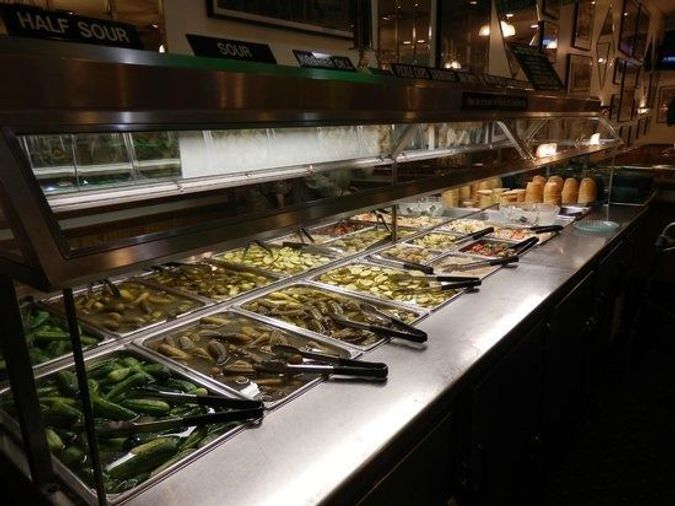 Owners say that help may be too little, too late. Delis like Harold’s New York Deli and Restaurant in Edison, New Jersey, have, like Shapiro’s, are constantly scaling back their operations. Because of COVID-19 restrictions on open dining, customers can no longer help themselves to Harold’s Pickle Bar, which the restaurant claims is the “world’s largest.” The restaurant, though, will provide the pickles, extra bread and health salad for patrons.

“We haven’t had too many complaints,” said Harold’s owner Harold Jaffee. “It’s a dying trade. People don’t know how to make pastrami and make corned beef. It’s all processed with chemicals. We don’t use any chemicals at all. We just use all-natural ingredients.”

“When it first started, a lot of the workers in USDA plants decided to stay home because the government was giving them that extra money — that $600 on top of regular unemployment,” Gruber said. “Because of Covid, a lot of these plants have closed. A lot of these plants have reduced their work. They are not slaughtering as much. They are not butchering as much, so it affects everything,”

According to Gruber, beef navels used to make pastrami have been especially challenging to find thanks to their growing demand in Asian countries who use it to make the Japanese dish shabu shabu. Even so, Kenny & Ziggy’s is absorbing the 25% price hike for the beef cut it has endured since the pandemic began.

“At this point, you can’t raise your prices,” he said. “I think people are at their limit.”

Indeed, though Kenny & Ziggy’s dining area is large enough to allow for social distancing, most customers prefer to order their food take-out. 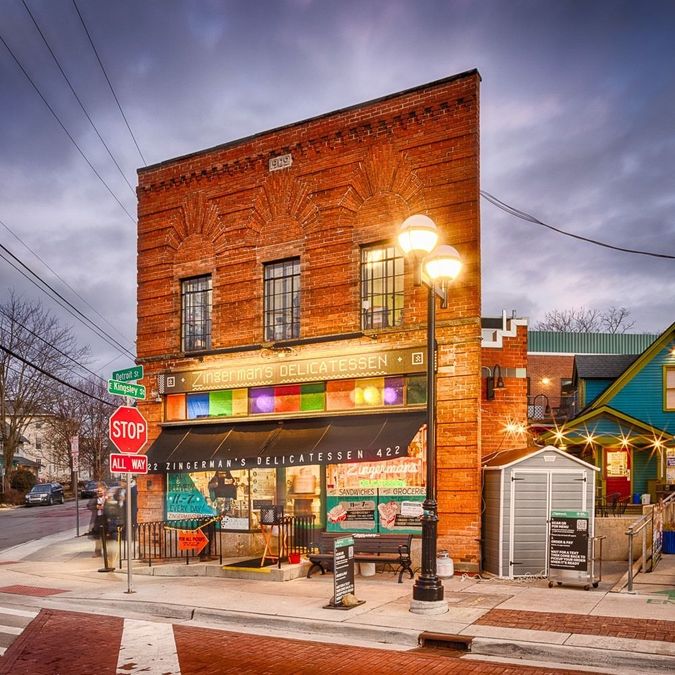 Zingerman’s Delicatessen in Ann Arbor no longer waits on customers, though it allows them to eat their takeout orders in its restaurant.

The deli, which has shrunk its menu and laid off staff, is having difficulty finding some high-end cheese because the pandemic has interrupted production, according to Jennifer Hall, Zingerman’s marketing and communications manager.

The business also is being hurt by the University of Michigan’s decision to make 90 % of its classes remote in January, reversing its earlier decision to open the campus after more than 2,000 students and staff were sickened by COVID-19.

“We’ve removed 20% of our sandwiches. We’ve also eliminated breakfast service,” Hall said. “Our revenue is down about 40 %. It’s not a tenable situation. Going into January, it’s a little scary.”

Zingerman’s is getting creative. According to Hall, the deli has opened pop-up locations in neighboring towns to save customers a trip to Ann Arbor. The restaurant also got consumers to buy sandwiches for front-line health care workers.

In Los Angeles, Canter’s Deli furloughed more than 100 employees when the pandemic started in March and is getting by with a staff of about 50. According to owner Mark Canter, the deli’s revenue has fallen by about 60 %, and the restaurant is hoping to avoid further layoffs.

“We are trying to hang on to these people who have been with us for 30 or 40 years and give some people some shifts so they can have food on the table,” he said. “We do a fair amount of business, but it’s just that’s all to-go. It’s not nearly enough. You’re still paying overheard.”

December is a busy month for delis with Hanukkah, Christmas, and New Year’s. Celebrations this year, however, will be muted. The CDC is discouraging people from holding large gatherings with people who don’t live together. That leaves deli operators like the Canters hoping for the best.

“I guess the vaccines are the light at the end of the tunnel,” said Canter. “The question is, how long is the tunnel?”