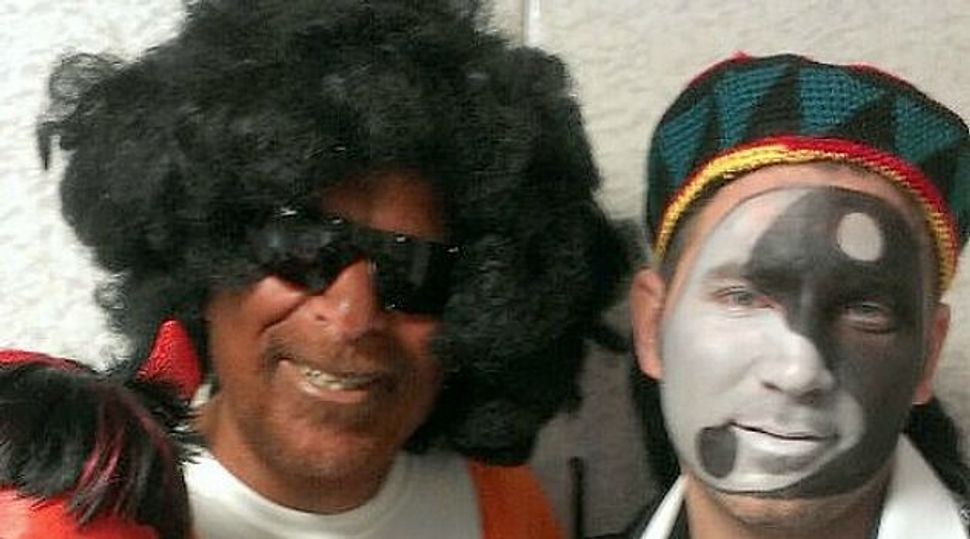 Purim Problem: Brooklyn lawmaker Dov Hikind is facing criticism for dressing in blackface as a basketball player for Purim.

Orthodox Brooklyn politician Dov Hikind is under fire after dressing as a “black basketball player” for Purim.

A New York State Assemblyman who is a leading figure in New York’s Othodox community, Hikind defended his costume.

“I can’t imagine anyone getting offended,” Hikind told the New York Observer. “Purim, you know, everything goes and it’s all done with respect.”

Hikind’s costume consisted of a basketball jersey, an Afro wig, and brown facepaint.

Some of Hikind’s Assembly colleagues in fact were offended, according to the Observer. New York State Assemblyman Karim Camara told the paper that he was “deeply shocked and outraged.”

Hikind, a conservative Democrat, was first elected to the New York State Assembly in 1982. In his youth Hikind was a follower of Rabbi Meir Kahane, the militant reactionary rabbi who founded the Jewish Defense League. After moving to Israel, Kahane formed an Israeli political party that was eventually banned by the Israeli government for inciting racism.

Hikind was most recently in the press as a leading critic of the Brooklyn College political science department’s co-sponsorship of a discussion of the movement to impose boycotts, divestment and sanctions on Israel.

“They are making this event kosher, that is the outrage,” Hikind said of the Brooklyn College event.