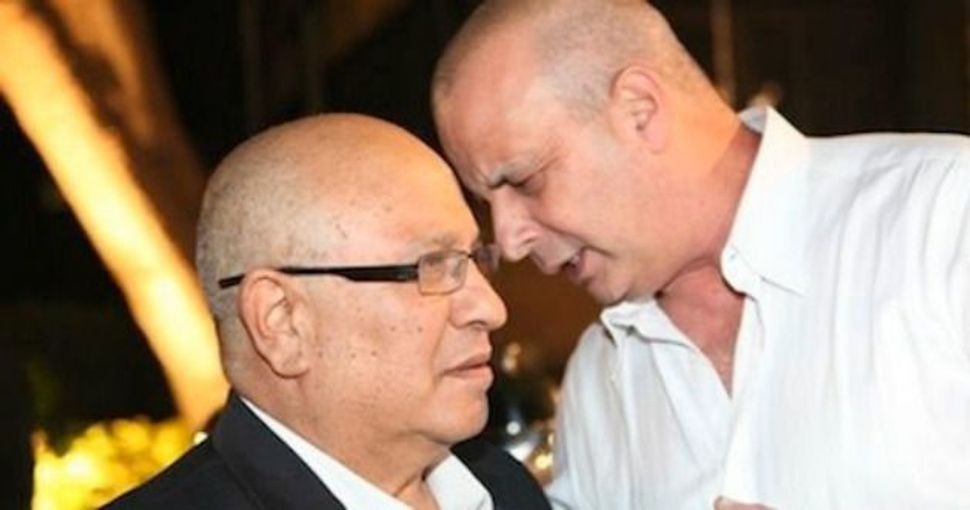 Reactions from the right to this realization have been pretty much what you’d expect from any self-respecting right-wing ideologue these days: indignant protests that the so-called experts don’t know what they’re talking about. In recent months a growing roster of conservative commentators in both Israel and America have accused the defense establishment as a group or its most prominent members of ignorance, stupidity, disloyalty and even “arguably treasonous” behavior.

This is a new and disturbing development. It’s enough to recall the response in September 2009 to the United Nations’ Goldstone Report, which accused Israeli troops of war crimes, to remember the onetime intensity of the taboo against questioning the integrity of Israel’s defense establishment. But that was before the political leadership of the Netanyahu era began spinning an ideologically-driven security agenda that was radically at odds with the longstanding doctrines of the defense and intelligence establishment, and the politicians discovered that they couldn’t get the generals and spymasters to tailor their assessments to fit the political winds.

The security establishment—former heads of the Mossad, Shin Bet, military intelligence and the IDF general staff—began aggressively speaking out around three years ago, some two years into the Netanyahu administration, once they began suspecting that Prime Minister Benjamin Netanyahu’s hardline policies on Iran and the Palestinians weren’t tough bargaining positions so much as ideologically-driven recklessness.

In the first half of 2011, Netanyahu swept out the heads of all the main security branches, including the Mossad, the Shin Bet, the IDF and the national security council, all apparently because the incumbents had refused during internal deliberations to endorse an Israeli military strike against Iran. The months that followed saw a steady stream of public statements from ex-service heads, in speeches, interviews and op-eds, laying out their views on what Israel does and doesn’t need to be safe. Some were directly critical of the government’s policies; others criticized only by implication.

And for the first time ever, serving agency heads began offering public assessments that were at odds with the prime minister’s stance. In December 2011, Mossad director Tamir Pardo, who had been appointed earlier that year to replace the strong-willed Meir Dagan, told a gathering of Israeli diplomats that Iran did not necessarily represent an “existential threat” to Israel, undermining a centerpiece of Netanyahu policy. In April 2012, IDF chief of staff Gen. Benny Gantz, who had replaced the dovish-leaning Gabi Ashkenazi, told Haaretz that Iran’s leaders were “rational” people who had not yet decided whether to build a nuclear weapon.

Bibi’s defenders initially dismissed the critics one at a time as disgruntled renegades. More recently, though, they’ve been harder to brush off. Particularly since the release a year ago of the documentary film “The Gatekeepers,” featuring all six living ex-heads of the Shin Bet voicing the same critiques, it’s become increasingly clear that their views aren’t isolated carping but the near-unanimous position of the defense and intelligence community.

Now, it seems, the penny has dropped, and voices on the right are striking back. Some accuse the ex-service heads of belonging to a “small minority of radical leftists.” That’s how Knesset member Moti Yogev of the settler-backed Jewish Home party put it in early January (yes, the same Moti Yogev who accused John Kerry of anti-Semitism) in an attack on former Mossad director Meir Dagan, after Dagan voiced the widely held strategic view that Israel doesn’t need to control the Jordan Valley. Remember, the peace plans presented to the Palestinians by Ehud Barak in 2000 and Ehud Olmert in 2008, which the right never stops praising as generous and faulting the Palestinians for rejecting, both envisioned an IDF handover of the Jordan Valley to international forces. Now, suddenly, it represents a tiny leftist minority.

Some take a seemingly more sophisticated approach. Commentary’s Israeli security blogger Evelyn Gordon, responding to Dagan’s Jordan Valley statement, argued that the senior defense officials’ “field of expertise is fairly narrow.” Dagan, for example, having once commanded a tank division, “knows what’s needed to stop columns of tanks from invading Israel.” But outside that narrow field, “their assessments have no more validity than those of anyone else—and sometimes less.” That is, someone who ran Israel’s main intelligence agency for nine years and was the chief strategic adviser to three prime ministers knows no more about the evolving shape of the Middle East than the neighborhood grocer, and certainly less than a Commentary blogger.

Then there’s Jerusalem Post deputy managing editor Caroline Glick, the poison-penned tribune of the right often cited by hawks as their favorite Israeli journalist. She devoted a full column in October 2013, titled “Israel’s Blind Watchmen,” to the incompetent, consistently wrong, frequently disloyal performance of Israel’s defense chiefs in managing terrorism, conventional warfare and intelligence assessments from Gaza to Syria. Sometimes, she wrote, their behavior is “arguably treasonous,” as when the service heads unanimously advised against attacking Iran in 2010.

She doesn’t explain how Israel managed to survive 66 years of unending hostility and win seven wars with such fools, knaves and scoundrels managing its defense. No doubt it was the strength of its English-language columnists, though she’s too modest to say so.

But no recent take-down of the Israeli defense establishment is stranger than the February 16 column in the Weekly Standard column by Elliott Abrams, “[A Misleading Cold War Analogy][8]. Abrams, an assistant secretary of state in the Reagan administration and deputy director of the National Security Council under George W. Bush, made the “disturbing” discovery in recent conversations in Israel that “members of what I’d call the ‘security establishment’” are prone to “the occasional appearance of wishful thinking built around imagined Cold War analogies.” That is, they think Iran might be treated like the Soviet Union, which moderated its strategic goals over time from global conquest to “peaceful coexistence.” And if it doesn’t work out, they can always count on the United States.

It’s understandable how Israelis might be lulled into this comforting theory, Abrams wrote, “considering the price they might pay for an attack on Iran.” But it “misunderstands the Cold War and its lessons.” The Soviets were contained by a constant series of small regional wars.

There is no better example of this than the Soviet defeat in Afghanistan. For we understood that the way a tyranny keeps power is by tyrannizing, which defeat lessens its ability to do. It shows the populace that the rulers are not invincible, have been beaten, and may be beaten again.

The Obama administration hasn’t shown that resolution in facing Iran, he writes. A variety of missteps have emboldened the Iranian regime, demoralized its domestic opposition and strengthened its regional position in Syria and elsewhere.

The lesson is not that an American or Israeli attack on Iran is inevitable or preferable, only that the way to avoid it is clear thinking, a forceful diplomatic, economic, and ideological stand against the regime at home—and a military pushback against its adventurism abroad.

Clear thinking. This from the guy who was convicted of lying to Congress over his central role in the illegal sale of weapons in the 1980s to that very Iranian regime in order to finance—also illegally—a war in Central America.

Clear thinking. From a guy who played a critical role during the Bush administration in the 2003 invasion of Iraq, which toppled Iran’s main regional foe, turned Iraq from Iran’s worst enemy into an Iranian asset and freed the Tehran regime to become a regional superpower.

Not to mention the clear thinking behind America’s support for the Afghan resistance to the Soviets during the Reagan years. We showed the populace a lot back then about resistance to tyranny. We armed them, showed them how to defeat the Soviets and then to turn their weapons against the United States. We helped them organize themselves into effective fighting movements, the Taliban and Al Qaeda, and let them loose.

Clear thinking? Keep it. Israel’s spooks and generals may not be perfect, but they’re a heck of a lot more clear-thinking than the Cold Warriors of Abrams’ Washington.