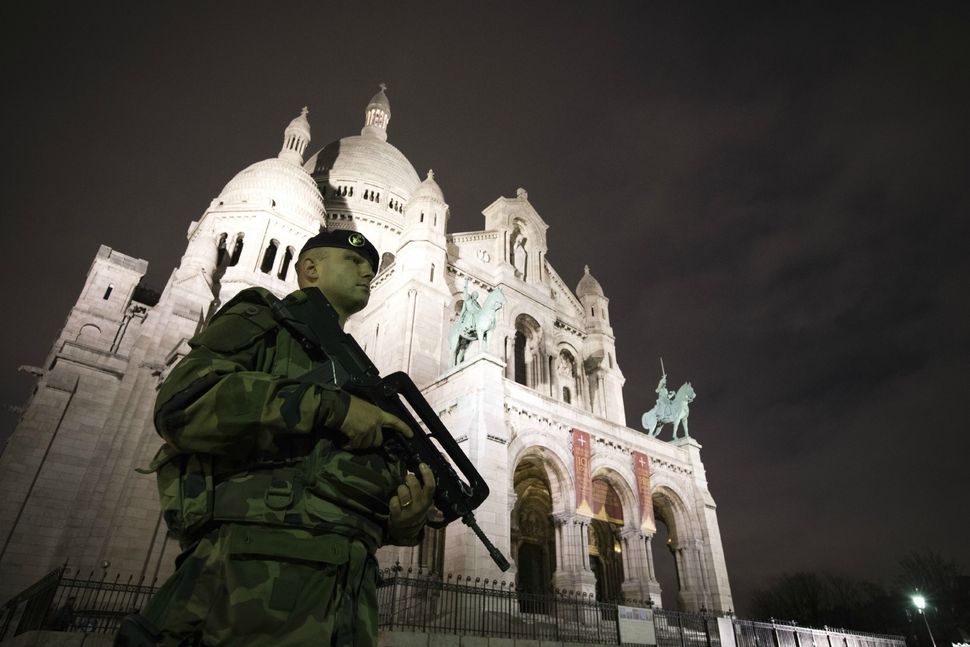 The most important thing to realize about the Paris terror attacks is that they’re a game-changer, in the most literal sense, in what we call the war on terror. They show us in a blinding flash of clarity that the campaign we’ve been pursuing has suddenly become something else. They force us to rethink each of our assumptions in light of a new reality.

The second most important thing to realize is that almost nobody is doing much rethinking. Mostly, the event is spurring just about everyone to double down on whatever they already believed. It’s a natural human response to crisis. In ordinary times, it would be understandable. But these aren’t ordinary times.

Paris is a game-changer because it’s opened a new chapter in the story of jihadist terrorism, much as the 9/11 attacks did in 2001. For starters, the Paris rampage was no mere terrorist attack. It was, as French President Francois Hollande said, an act of war. This is new. 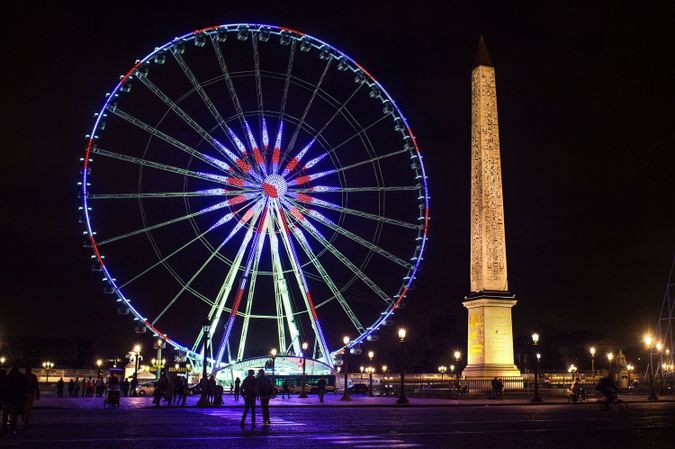 Three teams of trained fighters, directed by a distant, quasi-governmental entity, launched a coordinated series of disciplined attacks against well-chosen targets. Their weapons were not basement gadgets but standard-issue weaponry: semi-military-grade Kalashnikov 7.62mm automatic rifles and uniformly-designed suicide belts. This was a military operation, perpetrated by agents of an emerging state.

And this: Given all we’ve learned about international jihadism since 2001, it’s natural to see the Paris attacks as an assault on Western values by Islamist extremists who hate the West because of its freedoms. But the facts say otherwise.

Yes, ISIS is jihadist. Yes, its ultimate vision is holy war to reestablish the ancient Muslim caliphate. But unlike Al Qaeda, of which ISIS was once the Iraqi branch, ISIS isn’t aiming to conjure the end of days by sowing international mayhem. It’s working to build a caliphate in the here and now.

Now that it controls about one-third each of Iraq and Syria, it’s entered a new phase. Extending its state powers, it’s formed a foreign operations unit to attack the enemies that are attacking it. It began October 31 by downing the Russian tourist airliner over Egyptian Sinai, killing all 224 on board. Next was the double suicide bombing November 12 of a Hezbollah-dominated Shia neighborhood in south Beirut, killing 43. The Paris attack November 13 was step 3. 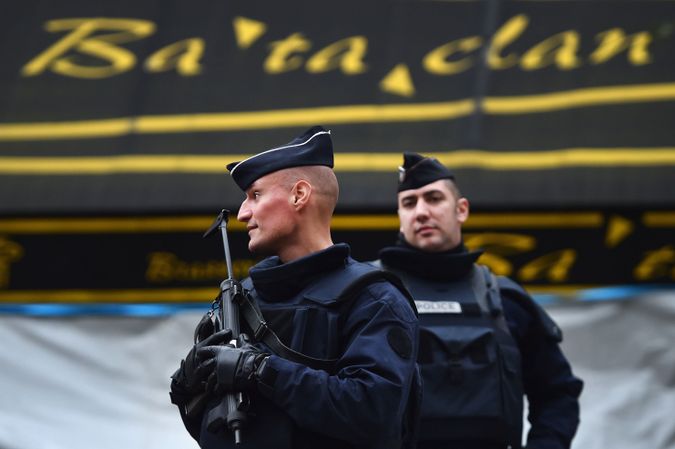 Russia-Hezbollah-Paris. That’s hardly a jihadist attack on Western democratic values. Rather, it’s the action of a state-like entity fighting for survival against a broad coalition of enemies.

The sequence of attacks punctures another myth: that ISIS, Hezbollah, Hamas and Iran are essentially the same thing, as Israel’s Benjamin Netanyahu insists. They’re not. ISIS is at war with Hezbollah and Iran. Hamas is divided between a military wing tied to Iran and a political wing tied to Saudi Arabia, Iran’s enemy. Neither half of Hamas is the least bit interested in global jihad. Its ambitions begin and end with Israel-Palestine. Israel’s troubles aren’t the same as France’s. Saying they are doesn’t win sympathy. Au contraire.

Make no mistake. When ISIS fights for survival, it’s fighting to preserve a repugnant, bestial regime that’s outraged the conscience of nearly the whole world. But that doesn’t change the architecture of the fight. ISIS shares Al Qaeda’s jihadist vision, but its methods, however depraved, resemble statecraft more than eschatology.

Why does this matter? Because you can’t defeat an enemy unless you first understand what you’re fighting against.

When we think of defeating ISIS, we should think not of the familiar fight against jihadist terrorism but of the world war between Nazi Germany and the Allies. That war saw Winston Churchill and Franklin D. Roosevelt fighting alongside communist dictator Joseph Stalin against a common foe. They were enemies, but Hitler’s unalloyed evil forced them to unite, the good joining the ugly to stop the unspeakable.

The stakes in Syria are on a different scale. The Nazis ruled one of the world’s most powerful industrialized nations. Their tanks and jets trampled Europe, taking on the world’s mightiest armies. ISIS has captured stretches of desert and a handful of dusty cities, armed with rifles and pickup trucks. The comparison of ISIS to Nazi Germany is not in power but in the depth of moral depravity. A determined U.S.-French-Russian-Saudi-Iranian operation could turn it back. The good joining the ugly to stop the unspeakable.

But ISIS is not Iraq. The Iraq invasion was an attempt to remake the region by deposing an autocratic dictator and replacing him with a democracy. It backfired badly. Saddam Hussein didn’t pose a serious threat to the region or the world, but removing him created new and genuine threats.

In contrast to Saddam, the ISIS threat is real. It’s ruthlessly expansionist. Its regime unites humanity in revulsion. It’s unlikely to conquer the world, but it threatens a critical and vulnerable region.

Obama underestimated ISIS in his January 2014 interview with The New Yorker’s David Remnick, calling it a junior varsity team that was merely “engaged in various local power struggles and disputes, often sectarian.” That conversation took place on January 7. Three days earlier ISIS had captured the important Iraqi hub city of Fallujah. The takeover should have been a flashing red warning signal.

Even after missing that warning, the president should have woken up with the fall of Mosul, Iraq’s second-largest city, that June. But no: Obama has continued to stand by his underestimation.

Today, assessing America’s role in fighting ISIS, Obama gives too much weight to the Iraq debacle. He should be thinking instead about the invasion of Afghanistan in 2001. Afghanistan’s Taliban regime had hosted Al Qaeda. That made it complicit in the 9/11 attacks. We had to invade.

Alas, the Afghanistan war didn’t work any better than the Iraq war. Fourteen years later the Taliban still control much of the country. The supposedly democratic regime we installed in their place is feckless and corrupt. It’s not certain a U.S. ground operation in Syria to remove ISIS would fare any better.

Obama was right to tell reporters in Turkey November 15 that success depends on the nations fighting ISIS agreeing on “some sort of process” to the end the broader Syrian war. We need to know what comes after. He’s right, too, that defeating ISIS requires building a broader Muslim consensus against jihadism. That, incidentally, is why the administration insists on addressing “violent extremism” rather than “radical Islam.” You can’t call the enemy “Islam,” in any phrasing, and hope to recruit Muslims to the battle. Sometimes bluntness belongs in barrooms.

In the end, the very thing Obama fears most, a semi-permanent U.S. ground presence, may be the only answer. Perhaps the correct model is a partition of Syria into allied occupation zones, as Germany was partitioned for decades after 1945. Left alone, Syria won’t emerge in the near term with a pluralist democracy any more than Libya, Egypt, Yemen or Iraq did.

Nor can America wait for the nations of the region to carry the fight while we bomb from the air. If Paris taught us anything, it’s that the stakes are too high for more failure. America must lead. The game has changed.