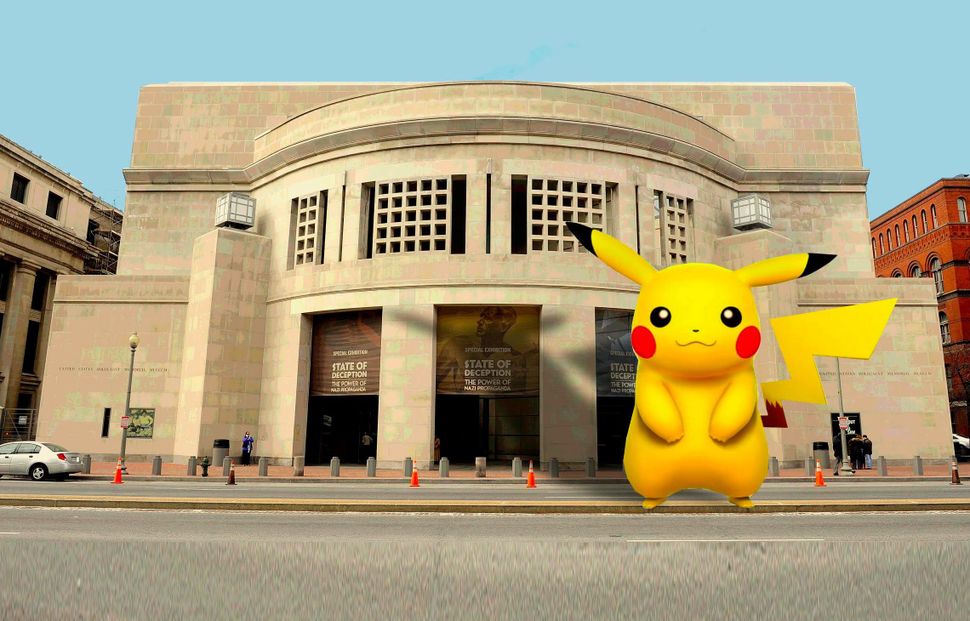 To fans, the smartphone-based Pokemon Go is a delicious addiction. To detractors, it’s a dangerous one. Its real significance, though, runs deeper than anyone is saying.

Pokemon Go is the most successful “augmented reality” game yet, superimposing Pokemon characters on real-world settings taken from your smartphone’s camera. Rather than players leaving the real world to enter the game’s fantasy one, the game enters the world, with “Pokestops” and other play spots at actual, real-world locations.

There have been some tragic and tasteless sideshows. People have actually died while focused more on their phones than on the physical world. Players have thoughtlessly played the game at “gyms” situated even more thoughtlessly at Holocaust museums.

But just as Siri is a tiny step toward artificial intelligence, and just as the Atari games of my youth were a tiny step in the direction of personal computing, Pokemon Go is a step toward augmented and virtual reality supplanting conventional reality in our everyday lives.

If you’ve sampled some of the more advanced options out there, you know the appeal. My first time wearing a Samsung VR unit was revelatory. I knew about virtual reality technology, which harnesses motion-sensitive user interfaces and immersive multimedia to create a sense of another world. I laughed when a friend told me to be careful about tripping on things in the “real world” while immersed in the virtual one.

And then that’s exactly what I did. I instantly became enveloped in virtual reality, moving my head and body around in its digital space — and stumbling over a chair.

Likewise, though Google Glass is now regarded as a misfire, those of us who tried it know that it will be back in some form or other. Hopefully it’ll have less douchey hardware, better sorting of information, and maybe some better privacy protections as well. But the superimposition of useful information on the visual field — there’s the bus stop, here’s your friend Jane, there’s the quickest route to the nearest restroom — is too useful, addictive and cool to not return somehow.

And these, like Pokemon Go, are just the first steps in a much larger journey, one fueled by venture capital and mega-corporations like Facebook, which bought a leading virtual reality company last year.

At this point, pundits tend to divide into two categories: enthusiastic futurists and worried luddites. The enthusiasts wax about totally immersive, multi-user VR worlds in which we can create our own realities and identities for work, play and relationships. (And, if the internet is any guide, sex.) The luddites, with their paper books and tongue-clucking at kids who don’t go outside, fret that this is one more step toward the de-materialization of the world.

Everyone’s right here to some extent, but there are more interesting forecasts to be made than simply sunshine or rain — especially in Jewish contexts.

Let’s imagine a world in which virtual and augmented realities are as common as Facebook and Skype are today. There are many friends and relatives whom we only really interact with over VR. We visit Jerusalem, Paris and Antarctica on VR and get a pretty decent sense of what they look and sound like. The brick-and-mortar world, with its incessant laws of physics and limitations of the human form, often pales in comparison to the virtual world where you don’t age, can fly with dragons and can have sex with James Dean and Marilyn Monroe (maybe at the same time).

This doesn’t just change specific kinds of experience — communal, religious, hedonistic, whatever. It changes the nature of experience itself. What is it to be a human being, when our most cherished experiences take place in a constructed, not necessarily human, environment? Will we care so much about bonds of tribe — from Jewish peoplehood to white supremacy — or ties to specific places? Will the underlying motivations for today’s political upheaval really be quite as intense when they are grounded in needs, identities and desires that can be permuted at will in VR?

And what, exactly, are the losses of which luddites complain — some fealty to “reality”? Why is that so important? It’s not like our narrow band of perceptual faculties really pick up on most of that anyway — just a slice of the electromagnetic spectrum here, a few molecules (“scent”) there. All this may sound dystopian to people of a certain age, but then, so did factories, cars and movies once.

More narrowly, the least of Judaism’s challenges will be the permissibility, or not, of using VR on the Sabbath. Within a few decades, it will be as inconceivable to turn off these devices as it now is to avoid all use of electricity. The greater changes will come from the synthesis of human experience, including those inchoate senses of “belonging” or “meaning” that animate billions of dollars of Jewish spending today.

I don’t just mean that we can immerse ourselves in powerful Hasidic dancing, Sufi zikr and Zen ritual all at the glance of an eye. That’s the easy stuff. I mean that the reasons we “do” Jewish (or whatever) will be directly addressed in technological ways. Emotional healing, a sense of purpose, support in difficult times — there will be apps for that.

And even all this is just the beginning of the dawn of transformation, laden with speculation limited by the bounds of what we do not yet know. Alongside developments in AR and VR, artificial intelligence, computational neuroscience and continued growth in the capacity of silicon-based memory all hold out the promise of leaving behind our physical bodies altogether, uploading our selves (if there are such things) to and fulfilling biblical prophecies of immortality. We have a long way to go before such things come to pass, and we — or our AI creations — may destroy our planet first. But it’s not hard to see the way forward.

This season, Donald Trump seems important and Pokemon Go seems trivial. And that’s true, of course. Yet in some ways, we have it backward.