Does Israel’s President Still Not Get How Vital the Kotel Is to Diaspora Jews? 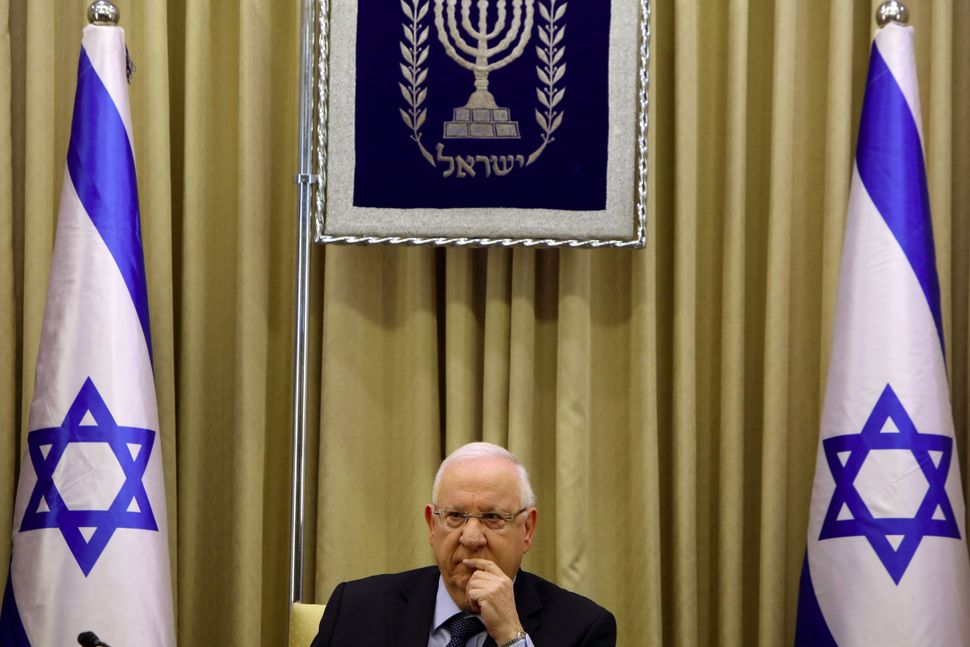 Jerusalem — Israeli President Reuven Rivlin was the first major elected official to speak at the International Jewish Media Summit, which opened Sunday night in Jerusalem, and he encapsulated the challenge facing his country as it tries to connect more substantively with the Jewish diaspora.

The challenge is this: I’m not sure he gets it.

Rivlin, who’s been president for two years, is an engaging man, with none of the polish and international standing of his predecessor Shimon Peres, but with a sort of authentic, homegrown appeal. Some of my frustration with his remarks could stem from the fact that he is less fluent in English than, say, Peres or Israeli Prime Minister Benjamin Netanyahu, and not as skilled in talking to media from all over the world.

From his opening statement, he asserted that Jewish media must fight against anti-Semitism and anti-Zionism wherever it occurs around the world, “and we must do it together.”

Me, I’d phrase it differently. I’d say that journalists must fight for truth and fairness, and expose bigotry and unfairness, wherever it occurs around the world, against Jews or anyone else. But Rivlin isn’t a journalist. He’s a politician trying to be a statesman, and I understand why he’d argue that Jews are connected to the state of Israel and duty-bound to defend it in whatever way we can.

But then the reverse has to be true: Israel also has to try hard to understand the values and passions of those diaspora Jews. And it’s been abundantly clear that religious pluralism is a value and passion of those American Jews who care deeply about the state of Israel.

Here’s where Rivlin missed his opportunity. Only three journalists were permitted to ask questions and one, a woman from the Canadian Jewish News, asked when women will have equality at the Kotel, the Western Wall, considered Judaism’s most sacred spot. Now it is run like an increasingly strict ultra-Orthodox synagogue, with women’s rights severely curtailed. A plan approved by the Netanyahu government to expand a section for egalitarian prayer was supposed to be implemented earlier this year, but has inexplicably been stalled.

All the while, women are being harassed and assaulted when they try to do in the women’s section what women all over America are free to do — that is, lead prayer services, wear prayer shawls and read from the Torah. And the men who have defended them, who also want to pray with women, are receiving death threats.

So, yeah, this is serious. And how did Rivlin respond?

He danced. He weaved. He acknowledged that “the Kotel means everything to every Jew” and that he thought the government had found a compromise and that religious Jews don’t really hate women and….

“This is a problem that should not become an issue,” the president said. But it has.

“It could be a place where everyone can come together,” he said. But it isn’t.

The plan before the government, brokered by Natan Sharansky with a whole lot of compromises by egalitarian movements in Israel and the U.S., takes nothing away from the devout Jews who have treated this sacred site as their own space. But it does claim that there is another way to worship at the ancient stones, and that alternative is also worthy.

This isn’t a big issue for most Israelis I know. It is a very big issue for American Jews who wish to feel at home in a tolerant Jerusalem and too often do not.

If we in the diaspora are to make common cause with Israel, feel its pain and defend its right to exist and to sometimes support unpalatable actions to help ensure that survival, then the government of Israel must reciprocate on an issue of utmost importance to the diaspora.

“The Kotel belongs to the Jewish people,” Rivlin said. Make that happen, please.

Does Israel’s President Still Not Get How Vital the Kotel Is to Diaspora Jews?