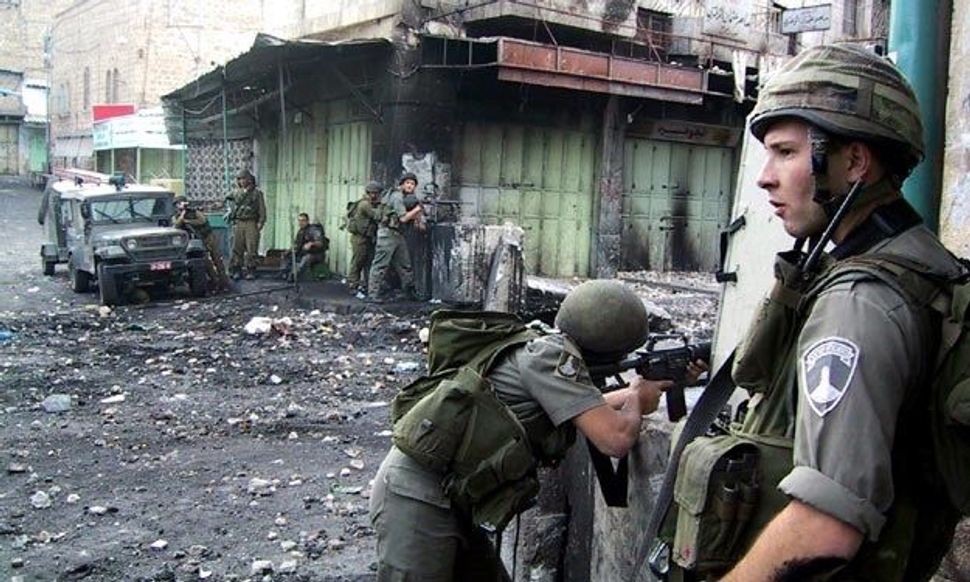 A few years ago The Gatekeepers — a film about six former heads of Israel’s secret security service — was an international hit as it revealed the deep divide between many in the Israeli security community and the policies of the Netanyahu government on key foreign policy issues.

What was only recently a film is now a major movement called Commanders for Israeli Security (CIS), whose members are retired Israeli Defense Forces generals and their equivalents in Israel’s Mossad, Shin Bet and police security forces. Their numbers are well over 250 and make up an astonishing three quarters of presently living retired Israelis who have held such a high security ranking.

In October, the founder and head of the Commanders, retired Major General Amnon Reshef, visited North American cities to familiarize many in American Jewish communities with what CIS is saying and why. Their message should be of great interest to all those interested in preserving the possibility of an Israeli-Palestinian peace.

The why is quite simple, though compelling: The status quo is most dangerous. Indeed, there is no status quo, but rather moving pieces both geographically, demographically and politically which are slowly but surely coming to threaten Israel’s status as a democratic and secure Jewish state.

The Generals are quite concerned with these threats and in a non-partisan manner are challenging the Israeli government and Israeli society itself to wake up and take a number of crucial steps that are necessary to stop this dangerous drift. The CIS is under no illusions that a two-state solution between Israel and the Palestinians is presently possible even though the generals are totally convinced that such a solution is the only solution.

They realize, however, that neither the current leadership of the Palestinians nor of Israel is close to being ready to make the concessions necessary to resolving the conflict. The window of opportunity when such an agreement was possible has passed, and the Palestinians bear more than their share of the responsibility for that failure.

But rather than throwing up their hands in despair and letting the situation further disintegrate, the Commanders are proposing a number of unilateral steps that Israel can take by itself that would both benefit Israel’s security situation in the here and now and also preserve the possibility of a two-state settlement when — and if — prospects improve.

First and foremost in the CIS “Two State Security” plan is a settlement freeze in most of the Palestinian territories. What would be permitted is settlement growth in those areas that it is widely accepted would remain under Israeli sovereignty when a two-state agreement is reached. These are the border settlements which the 1999-2000 “Clinton parameters” — by far the best international designation of borders in a two-state agreement — would integrate in to Israel.

That said, the Commanders are quite clear that even in such border settlements — like Ma’ale Adumim and the Gush Etzion bloc in the Jerusalem area — future growth must be restricted to already built up areas in order to preserve the possibility of a contiguous Palestinian state. Outside of those existing border settlements, no settlements would be dismantled — and the IDF would remain — before a final status agreement is reached with the Palestinians, but no expansion at all would be permitted.

Partnering with such a settlement freeze is their proposal to complete the security barrier which has proven very effective in preventing terror attacks. Yet a third of the security fence/wall remains incomplete as the Israeli right does not want to finish the project because they fear that the positioning of the security barrier would largely determine final borders. Yet it is precisely through these gaps in the security barrier that Palestinian terrorists enter Israel. In no way is this acceptable to vital Israeli security interests and must immediately be changed.

The CIS have other win-win proposals in that they both enhance Israeli security and make Palestinian life more viable until the elusive two-state solution actually happens. The best example of such confidence building measures would be a rezoning in the territories that would allow for more Palestinian legal housing construction and would simultaneously improve cooperation between Palestinian security and the IDF. Softening the occupation in such a manner would have no negative security consequences for Israel and would remove some significant points of friction.

All of the above by no means guarantees that a viable Palestinian state will emerge alongside Israel, but it preserves that possibility, and that is no small thing. The present paralysis demands that someone seizes the initiative and the generals have done just that.

This development, in which senior former leaders in the military have become such a vital force in the Israeli peace movement, is a very Jewish phenomenon — is it not?

Simon Rosenblum is a Toronto-based former foreign policy writer who has consistently advocated for a two-state solution since the mid 1970s and who – at different times! – was the principal Middle East spokesperson for both the Canadian Jewish Congress and Canadian Friends of Peace Now.