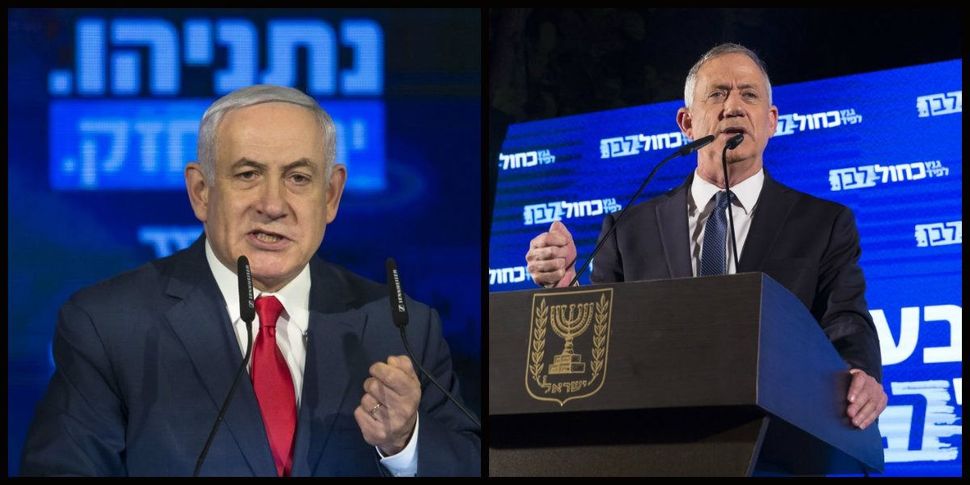 Despite wall to wall news coverage, Israel’s election this Tuesday isn’t much of a choice at all. The election comes down to whether Israelis will renew the term of the corrupt, divisive and fear-mongering Benjamin Netanyahu — who shamelessly boasts that under his leadership, the country is no state for its non-Jewish citizens — or whether they will gamble on General Benny Gantz, who may say he believes in equal citizenship for all, yet scorns the idea of partnering with Arab parties as a stain on his military suit.

For Palestinians, it’s an entirely different story. On the eve of Israel’s elections, most of us aren’t bothering to read the news. Regardless of who will sit on the throne next, Israel’s cruel status quo vis a vis the Palestinians will remain.

The outcome of an election that 4.7 million Palestinians under occupation are never allowed to vote in will essentially determine how we live, down to the smallest details, and even if we live at all. It will shape the miseries systematically visited upon starving Gazan children and endangered West Bank Bedouin communities, struggles that both Netanyahu and Gantz have used to turn out voters.

The Palestinian leadership is divided over which candidate it wishes to deal with for the next four years. On the one hand, the Palestinian Authority believes that Gantz would make a better partner to engage with in serious dialogue. He would certainly be better than Netanyahu, who built a career on his devotion to preventing the peace process and the realization of Palestinian Statehood.

Hamas on the other hand is rooting for Netanyahu, who likes to keep the Palestinians divided as a strategy for impeding the two-state solution, and has been empowering Hamas of late over the PA.

But while both Palestinian parties may be praying to get a candidate that prioritizes their group over the other, the Palestinian public — most of whom no longer associate with either Hamas or Fatah — are hopelessly indifferent towards the upcoming Israeli elections.

To the Palestinian public, yearning to realize a normal, dignified life, the nuances between the two candidates are largely irrelevant. Neither has the courage or desire to risk upsetting their constituencies. Instead, both candidates have preferred appealing to the primitive emotions of their bases: pride, fear and hate.

Putting expediency before morality and rhetoric before truth, both candidates exploited the long held tradition of demonizing Palestinians to accumulate political capital among extremist constituencies who don’t know, don’t want to know, or simply don’t care what reality looks like in the occupied Palestinian territories.

At the same time that Palestinians are conjured as a threat and a punching bag, neither candidate has spared a single minute to address the grievances, suffering and pain of millions of Palestinians whose lives are strictly dictated by bureaucratic instructions from the Israeli military and COGAT office. Not once was the future and welfare of Palestinians discussed in this election cycle.

Instead, both Gantz and Bibi focused on the short term realities of the here and now, emphasizing a policy of violently extinguishing fires whenever they arise, instead of addressing the root causes of the intractable conflict.

Israel cannot rule indefinitely over millions of disenfranchised, impoverished, and dehumanized Palestinians; it must choose between ending the occupation to save the country’s Jewish character or enfranchising Palestinians to save Israel’s democratic core.

Yet no topic could have been further from the elections than this most crucial one.

Netanyahu remains steadfastly dedicated to destroy the prospects for a two-state solution. And Gantz — who initially gestured implicitly towards the two-state solution — instantly retracted and put his head into the sand as soon as the right-wing backlash came.

Gantz, too, ultimately opted for an easy win and adopted Netanyahu’s cowardly and propagandist rhetoric. He declared his determination to keep all of Jerusalem as Israel’s capital and maintain the Jordan Valley to appease the anti-peace camp, while simultaneously repeating the same ironic canard that there’s “no partner on the other side.”

Neither was there any word from Gantz about Israel’s decade-long blockade over Gaza, which prevents neither wars nor rocket attacks. It’s a brutal collective punishment that’s rendered Gaza unlivable.

For that, the United Nations, European Union and even the IDF itself, all concur that the blockade must be lifted or at least drastically eased to uproot the underlying cause of all problems emanating from the beleaguered enclave. But neither Netanyahu nor Gantz have shown any courage to deal with Gaza through non-militaristic solutions.

Instead, Gaza’s torture has been consistently conjured by both candidates anxious to take credit for displays of disproportionate force.

This free-fall of moral standards and courage across the Israeli political spectrum has been amplified and encouraged by the Trump administration’s unconditional support for the Israeli government’s criminal conduct towards the Palestinians.

For as long as this impunity is taken for granted in the Israeli political establishment, the easier option of extreme violence, hate and fear-mongering will prevail over the path of bravery and peace.

For now, Palestinians are tuned out.