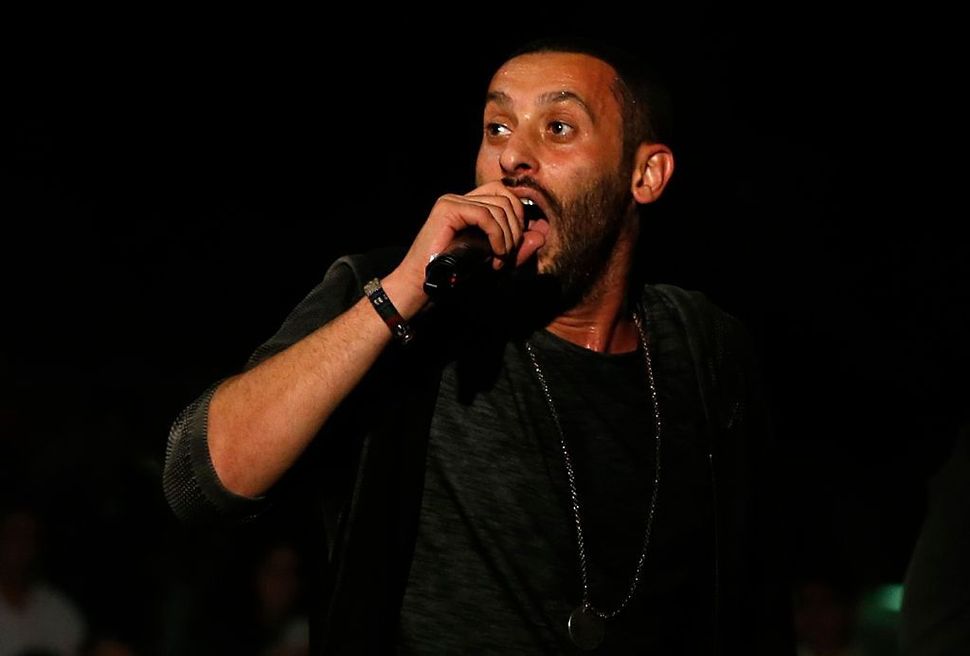 Palestinians should boycott the vote in the Israeli elections. “They’re using us to look liberal,” spits Palestinian rapper Tamer Nafar.

Palestinians who can vote must participate in the upcoming Israeli elections, he said. “If our vote will erase Lieberman, imprison Bibi, then we’re ready,” snaps the same Palestinian rapper, Tamer Nafar.

Palestinians who are eligible to vote in next week’s Israeli election are torn. Voting, some argue, legitimizes the system that works to disenfranchise Arabs. Just days before the election, Tamer Nafar makes a dynamic attempt to unite Palestinians to vote, via hip-hop.

In a now-viral music video titled “Tamer Must Vote,” the influential hip hop star pits these two instincts against each other — literally — in a boxing ring. The “Tamer vs. Tamer” battle has “no loser or winner,” the all-Arabic video with English subtitles tells us before the match even begins.

Referring to longtime Israeli Prime Minister Benjamin Netanyahu as a “fascist,” one Tamer urges the power of using one’s voice in democracy. “Either we vote or we end up outside of the homeland,” he stresses. Netanyahu, who recently said that Israel is “not a country of all its citizens,” is also facing criminal charges from Israel’s Attorney General.

“The majority is racist, we’ve lost,” says the other Tamer. “Why should I lose a day of work? I voted last time and it all fell apart.”

It’s a visceral look into the conversations Palestinians are having among themselves, with a pumping beat and the kind of agonizing, high stakes pain that will be familiar to anyone who has ever studied the conflict.

The verbal boxing match is transfixing. But in the end, hopeful Tamer wins out. “I wanted to boycott but decided I don’t want to stay outside…It doesn’t make sense for me to give up a tool/When I hardly have any tools.”

“Let’s go together, for once,” he pleads.

In the end, the Tamers sing together, with a Palestinian woman. “Either we vote, or we end up outside of the homeland.”