This election summed up in 2 numbers — and your weekend reads 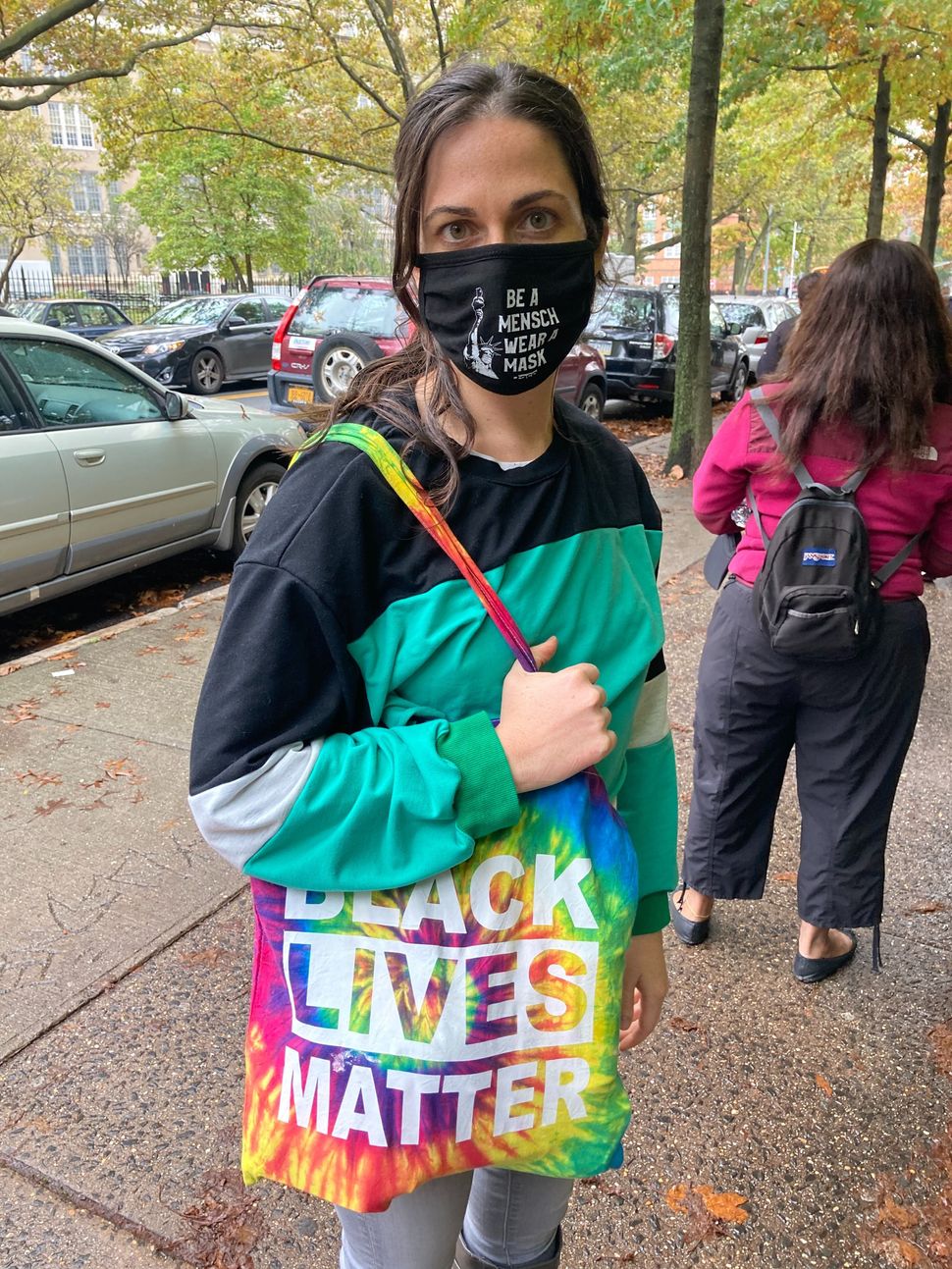 Who knew democracy would require this much math?

As the hours tick down to this election, we’re awash in numbers. Every day, it seems, there are 17 new polls from swing states to parse. There are trackers of President Trump’s lies, of antisemitic incidents, of QAnon activity. There are the rising coronavirus cases, new records — and also the deaths, the hospitalizations, the positivity rates, broken down if you like by state or county or ZIP code.

But two numbers jumped out for me this week — both almost too huge to fathom, one inspiring, the other distressing. 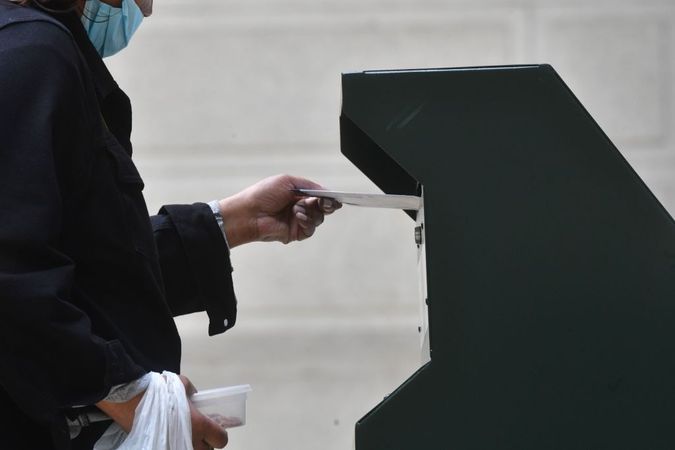 Inspiring: 83 million — that’s how many people had already cast ballots by lunchtime Friday, some 60% of the total who voted in 2016, putting us on track for turnout higher than at least since the 1960s. In Texas, 9 million people have already voted — more than the state’s total turnout four years ago.

Distressing: $14 billion — that’s how much the Center for Responsive Politics is projecting will be spent on all races this cycle, more than double the record-breaking 2016 total. Even if 150 million people end up voting, that’d be more than $93 per voter, and we know most of it is trained on precious few swingable voters in a few swingy states.

Like so much about this unprecedented year, it’s hard to know for sure what to make of the early-voting totals. Comparing 2020 early voting to prior years’ early voting seems silly; because of the coronavirus pandemic, so many states have made it so much easier to vote by mail or in-person before Election Day, and so many of us changed how we vote just as we have changed how we work, shop for groceries, mark birthdays, observe Shiva.

I’m one of those 83 million; my husband unceremoniously dropped our ballots into a locked box in front of a municipal building a couple of weeks ago. No bake sale outside the elementary-school gym like I grew up with. No bringing my kids into the booth with me as I’d done back in Brooklyn. I didn’t even get an “I Voted” sticker. It may be the most important election of my lifetime, but it was the least memorable voting experience. 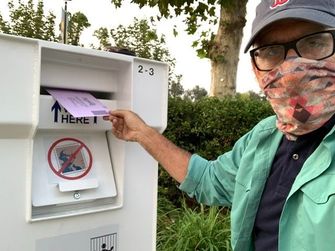 Still, Ken Toltz, a reader in Colorado who received his ballot by mail and dropped it off in person, said he had “never had that level of euphoria from the act of voting in the past.” Ken was among a number of you who responded to a callout on our Website and social-media accounts about your early-voting experiences. Rebecca Entel (in the VOTE mask) went to a drive-thru polling place in Iowa — a first.

Dan Salmon waited an hour and a half to vote in Rockland County, N.Y. Richard Skeen, a neighbor of mine in Montclair, N.J., said: “Every election since 2000, I’ve brought a kid with me to the booth. This year, I voted by mail and two of those kids — now in college — voted in ‘purple’ states.” Alle C. Hall lives in Washington State, where, she noted, “we have voted ONLY by mail for several years,” but she decided this time to drop “mine off just….because.”

“I grabbed my ballot from the car and popped it into the drop box,” she said. “By the time I turned around, two other people had formed a ‘line’ behind me. We all wore masks, we all distanced socially, and we all nodded to each other as if to say, ‘We are part of this big thing. We are voting.’” 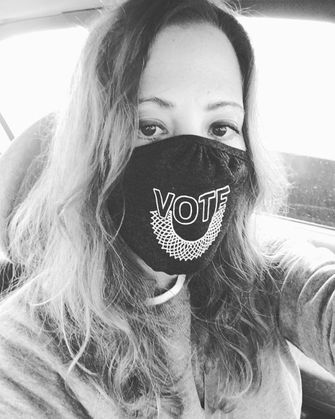 Now to the distressing numbers. At a time when millions are unemployed, when food insecurity is spreading across the land, when hospitals are desperate for more equipment to treat Covid-19 patients, $14 billion is going to…what, exactly? Mostly targeted, manipulative, negative, sometimes hateful and sometimes false political ads flooding certain parts of Florida, Michigan, Pennsylvania and Wisconsin.

For a moment this spring, I thought a silver lining of the pandemic might be radically reducing campaign costs because of the difficulty of having large in-person events, but boy was I wrong. The presidential race alone is projected to cost $6.6 billion — more, as The New York Times pointed out, than the  2016 races for the White House and every Congressional seat combined. Meanwhile four Senate races — in Arizona, Iowa, North and South Carolina — are costing more than $200 million each. About 1.45 million people voted in Iowa in 2016, so that’s about $133 per person — or the price of this Bluetooth projector, if you wanted to perhaps host a results-watching party in the backyard.

There is good news in all this campaign cash — record numbers of small-dollar online givers alongside the high early turnout suggests real engagement in our democratic processes, and I suppose there were some jobs created in video production, data-research, even construction, in spending it. But it still feels like a pretty gross, if perhaps an inevitable result of the 2010 Supreme Court decision in Citizens’ United that equated political giving with free speech.

And it’s worth noting that the top two overall donors are Sheldon and Miriam Adelson ($180 million so far, to conservative groups, according to the Website Open Secrets) and former New York City Mayor Michael Bloomberg ($106 million).

I thought you’d need a mix of politics and non-politics this Shabbat. Click here for a PDF of the following stories that you can download and print to savor over the weekend.

I hosted two fascinating discussions this week, both about democracy.

The first was about the growing divides among various ethnic, religious, geographic and political communities in the United States, and how that threatens our democracy, with terrific advocates from three nonprofits: Ari Goldman, who works on Muslim relations at the American Jewish Committee; Jennifer Epps-Addison of the Center for Popular Democracy, a national progressive group with chapters everywhere; and Jina Krause-Vilmar of Upwardly Global, which helps immigrants find work in their trained fields. (Click here to watch the video.)

The second, which we produced in partnership with the Israeli group BINA, was a look at the health of Israel’s democracy 25 years after the assassination of Prime Minister Yitzhak Rabin. Yohanan Plesner of the Israel Democracy Institute, Knesset member Tehila Friedman, the Arab-Israeli journalist Yasser Okbi, Rabbi Elliot Cosgrove of Park Avenue Synagogue and Tova Birnbaum, an Israeli working at the Palo Alto JCC, explored the fundamental question of whether and how Israel can be both a Jewish and democratic state. (Video here.)

We also worked with BINA to curate a remarkable collection of essays to mark the Rabin yahrzeit, which we will publish next week, so stay tuned for that.

On Election Day, we’ll all be twiddling our thumbs — or perhaps chewing on our cuticles — waiting for results to come in. So at 6 p.m., several Forward journalists will jump on Facebook Live to talk about how the campaign has played out across our communities, and take your questions. Click here to make sure you get a reminder to join us.

This election summed up in 2 numbers — and your weekend reads