What should Joe Biden do? And: Your weekend reads 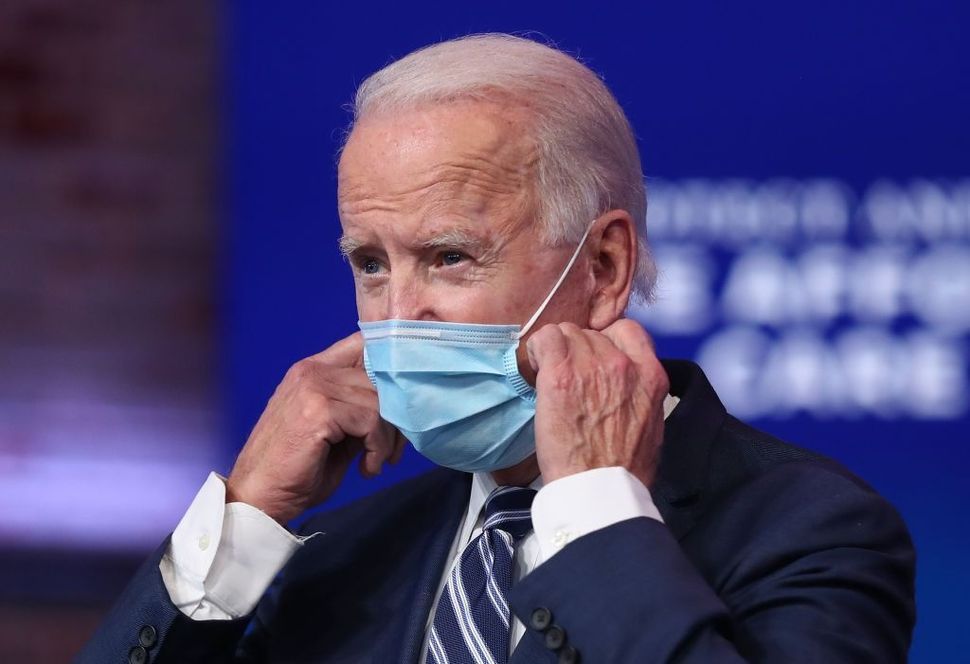 WILMINGTON, DELAWARE - NOVEMBER 10: U.S. President-elect Joe Biden removes his mask to address the media about the Trump Administration’s lawsuit to overturn the Affordable Care Act on November 10, 2020 at the Queen Theater in Wilmington, Delaware. Mr. Biden also answered questions about the process of the transition and how a Biden Administration would work with Republicans. Image by Getty Images 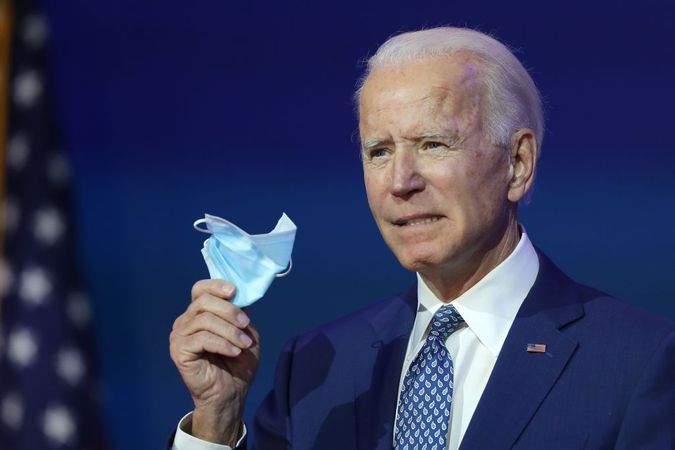 WILMINGTON, DELAWARE - NOVEMBER 09: U.S. President-elect Joe Biden holds a protective mask as he speaks to the media after receiving a briefing from the transition COVID-19 advisory board on November 09, 2020 at the Queen Theater in Wilmington, Delaware. Mr. Biden spoke about how his administration would respond to the coronavirus pandemic. Image by Getty Images

Joe Biden started his tenure as President-elect by announcing a Covid task force with a 9-minute speech in which he mentioned masks 17 times.

“It doesn’t matter who you voted for, where you stood before Election Day, it doesn’t matter your party, your point of view — we can save tens of thousands of lives if everyone would just wear a mask for the next few months,” he said. “I implore you, wear a mask. Do it for yourself, do it for your neighbor. A mask is not a political statement, but it’s a good way to start pulling the country together.”

He was right, of course, but also ripe for parody. I envisioned a Saturday Night Live sketch in which Jim Carrey as Biden hosts a news conference and answers every query with this one-size-fits-all solution. Iran nuclear threat? Wear a mask. Health care for all? Wear a mask! Middle East peace? If all Israelis and Palestinians wear masks for the next few months….

What the President-elect did not do, that day or any since, is engage the ridiculous, baseless and increasingly bizarre statements and accusations emanating from the White House. When the 45th president said his administration would not provide the traditional briefings to the 46th, the Biden team said, basically, we can live without the briefings for now.

And while a dwindling number of Republican elected officials embarrassed themselves by refusing to call Biden President-elect until Every Vote Is Counted, the country saw Biden’s margin of victory widen, to more than 5 million in the popular vote, and perhaps as much as 80 in the electoral college.

Trump is still ALL-CAP Tweeting — though Twitter is increasingly labeling the Tweets “disputed” — and the Republic is still standing.

Yes, it is highly unusual for a president to refuse to accept election results or cooperate in an orderly transfer of power, but our Constitution protects us from it spiraling out of control. The states must certify their results, ideally by the ”safe harbor” deadline of Dec. 8. The electoral college votes Dec. 14. Congress counts and certifies those votes on Jan. 6. And Biden gets sworn in Jan. 20.

President Trump can wreak a lot of havoc between now and then, pardoning criminals, defaming enemies, even potentially abusing his commander-in-chief power, but he will eventually exit the White House, if not the public stage entirely.

He is already getting smaller, quieter, more isolated. It’s like when a bully’s target ignores him. Maybe the bully doesn’t entirely go away, but his power is diffused, his audience diminished. As the columnist Eric Zorn wrote in the Chicago Tribune, “this is comedy gold! It’s a caper. It’s farce.”

Meanwhile, the folks around our 46th president quietly changed their email-distribution list for journalists to press@bidentransition.org from bidenpress@joebiden.com. For the last three days, the “daily guidance” for the principal’s schedule was simple and straightforward: “President-elect Joe Biden will meet with transition advisors.” That’s just what he should be doing.

Click here to download and print a PDF of the following stories from the Forward this week.

What should Joe Biden do? And: Your weekend reads