In Ukraine, I was never allowed to forget that I was a Jew 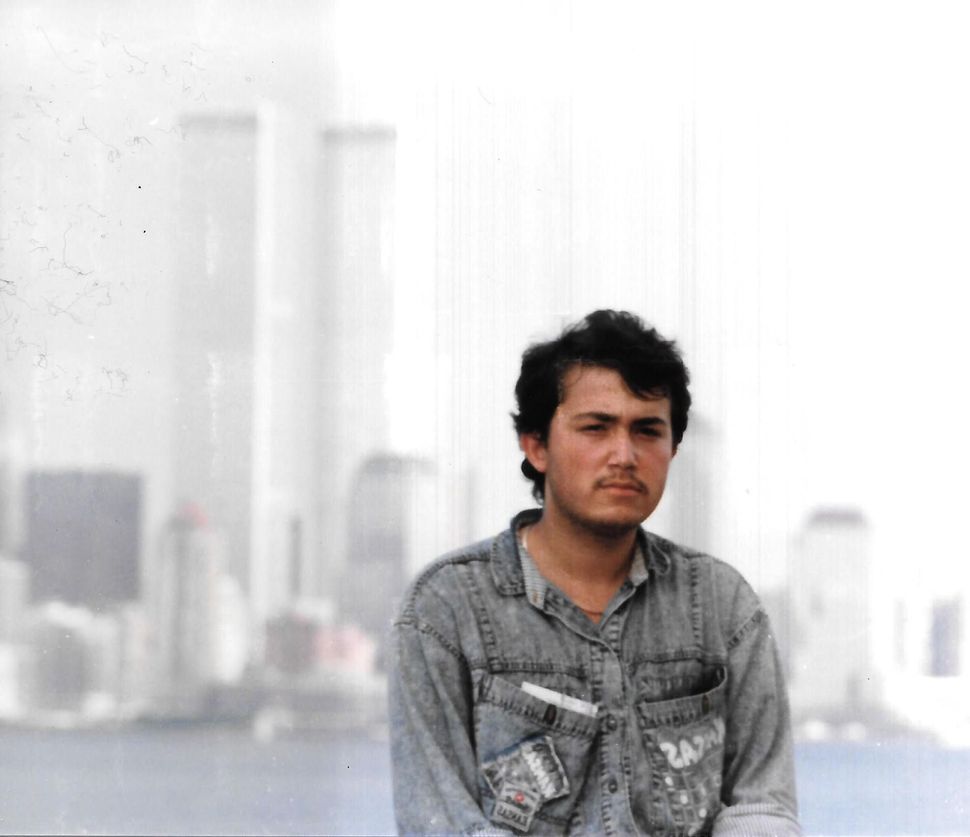 Alex Stern as a teenager poses in front of the World Trade Center during his family’s first year in the United States, summer of 1988. Courtesy of Alex Stern

I find it offensive when people describe me as a Ukrainian Jew. I am Jewish, and I was born in Ukraine, yet I feel quite separate from the buildup of Russian troops on the eastern border and the threat of invasion.

In Ukraine, I was never allowed to forget I was a Jew. If I had been, I would still be there.

I grew up in Vinnytsia, a small city of 300,000 people, a three and a half-hour drive from the capital of Kyiv. I have good memories of my loving grandmother who made me latkes; the first five or six years of my life, I was unaware of Jew hatred.

The first time I became conscious of antisemitism was at about six years old. We were visiting friends of my parents, and they had a son a bit younger than me. The adults were talking, and didn’t realize that the kids were listening to them. My parents’ friends were telling them that the day care center staff were asking their son about his nationality, as he had a very Jewish last name.

“I’m Russian,” he had responded.

“Is your mom Russian?”

“Is your dad Russian?”

The parents laughed as they told this story, that this little kid already knew that being a Jew in this place is not good. To me, it was a surprise. It is my earliest memory of realizing, “wait a minute, it’s not good to be a Jew. It’s not good to be me.”

Our lives were filled with limitations and dangers, yet I don’t remember my childhood as a complete nightmare. Jew hatred was part of life. I was called a “kike” so many times I lost count. It is an even nastier word in Russian: “zhyd.” It’s actually a Polish word for a Jew, but it was used derogatorily.

My family also experienced direct persecution for being Jewish. My father’s sister was charged with an “economic crime” — in the Soviet Union, the government owned everything, so any private business was criminalized. She and the head of the organization she worked for were both charged with the same crime, but because my aunt was the only Jew, she was sentenced to 13 years in a Soviet prison camp; her non-Jewish boss only received five.

Academically, Jews were explicitly disadvantaged. There were government quotas that allowed no more than a certain small percentage of matriculating university students to be Jewish. Jews were asked much tougher questions on entrance exams in an effort to try and fail as many as possible.

You could not just be a run-of-the-mill student and go to university as a Jew; you had to be perfect. You could not become a doctor by passing the exam; you had to have the top score. We Jews felt a deeply nationalistic sense of pride in our academic superiority, because we knew we had to be better than everyone to get anything for ourselves.

My immediate family — me, my father Boris and my mother Polina — were the trailblazers, the first in our immediate family to leave in 1987. Once the USSR collapsed, the rest of our family came to the U.S. and Israel. We no longer have any family or friends in Ukraine. 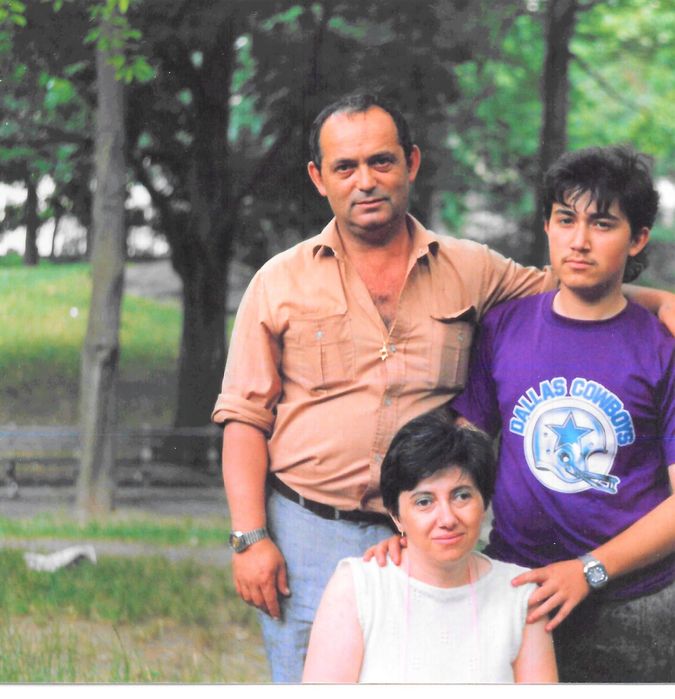 We were part of the first wave of “refuseniks” — Jewish citizens of the Soviet Union who were not permitted to emigrate — that attempted to leave in 1979. My parents both instantly lost their jobs — policy at the time dictated that anyone who requested permission to leave was automatically terminated. Initially, my parents were surprised our application had been refused, as our Jewish friends had all successfully obtained permission. We learned later that the 1980 Summer Olympics in Moscow was approaching, and the USSR had wanted to present a good face to the West, letting the first wave of Jews who asked to leave do so.

By the time our application came in, it was close to the end of 1979, and it was clear that the United States would boycott the Olympics. The USSR realized that it doesn’t matter what it did with its Jews, the U.S. would still boycott The Games. Our application came once that diplomatic good will had run out. There were many, many more refuseniks after us, as the policy continued until the USSR collapsed in 1991. 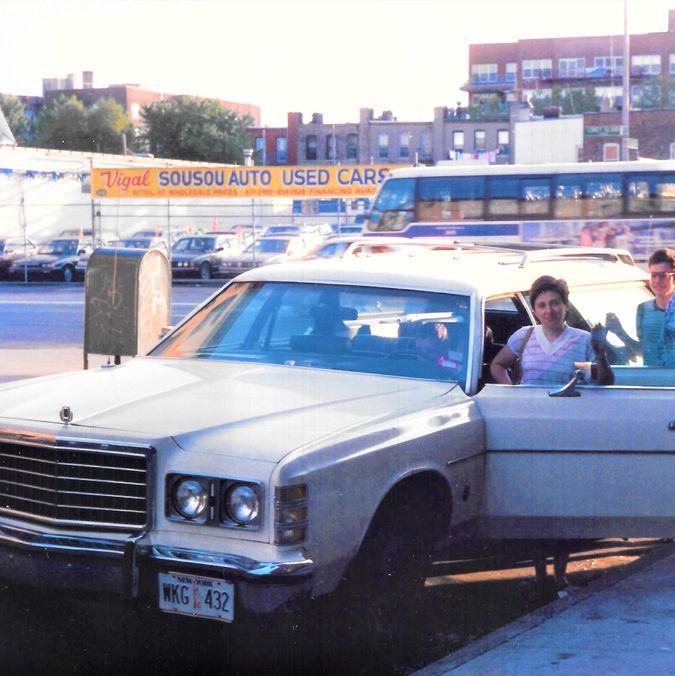 Alex’s mother Polina with their first American car at the corner of Coney Island Avenue and Turner Place in Brooklyn, summer of 1988. Courtesy of Alex Stern

My parents were determined to try again to leave the USSR. My mom in particular felt a sense of urgency, fearing that in a couple of years at age 18, I would be conscripted into the Soviet Army. The war in Afghanistan was raging, and many sealed caskets were coming back to parents. There was also a lot of brutal hazing within the army directed specifically at Jews, and she worried for my safety among fellow soldiers. My parents considered making aliyah to Israel, as we had some relatives there, but we had heard stories about the difficulties new immigrants encountered. It seemed harder to make a life in Israel, and my mother was terrified by the mandatory military service I would have to do. The U.S. seemed like a better place, so we packed our bags for New York City.

My father ultimately had to pay a bribe when we finally emigrated in 1987. It wasn’t a monetary bribe — as a general contractor, he had access to building materials and skilled workers. Using bookkeeping tricks, my father diverted materials and paid workers to remodel an apartment for the head of the department of KGB who would ultimately decide whether we’d be allowed to leave or not. 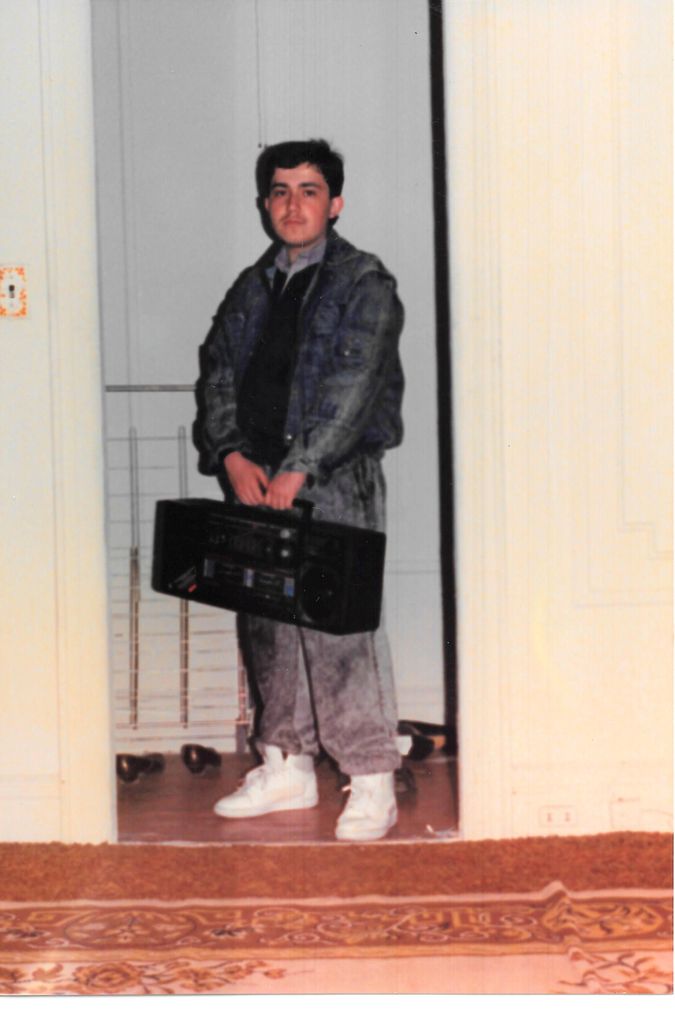 Teenage Alex Stern with his first American boom box, one of his family’s first large purchases inside their first home in Brooklyn, winter of 1988. Courtesy of Alex Stern

I was less than impressed by my first sight of America. We arrived at JFK Airport on Jan. 20, 1987. It must have been on the heels of a big snowstorm, as all I could see was mounds of filthy snow everywhere. People met us from HIAS who didn’t speak any Russian, in contrast to the HIAS members who helped us at our first stop in the free world, Vienna.

We were taken to a welfare hotel on East 27th or East 28th Street between 5th and 6th Avenues. The three of us stayed in one room, which in retrospect wasn’t very nice, but at that time seemed outright luxurious. It was already dark outside, and the hotel’s block was dirty. The HIAS staff spoke very slowly to us, making sure we knew that it wasn’t Kyiv or Moscow: here we had to hold tightly to our suitcases, or they would be stolen.

I have not been back to Ukraine since we left. If Jews find it easier to live there all of a sudden, with a Jewish president, fine. My hometown Vinnytsia has had two Jewish mayors since the collapse of the Soviet Union. Even so, most of the Jews I knew growing up wanted to leave, the ones there now … I really can’t understand them.

I was made painfully aware in Ukraine that I was not Ukrainian. I heard stories firsthand from witnesses to Babi Yar in 1941, when nearly 34,000 Jews were shot to death in a pit in central Kyiv. These people told me of watching Ukrainian civilians line the streets of Kyiv, applauding and cheering as the Nazis marched Jews to their death. I am sure there are probably some righteous Ukrainians who have trees in Yad Vashem, who helped save the Jews of Ukraine during the Holocaust. Yet the people who told me these stories of Babi Yar were not very old, and I find it hard to relate to Jews who have remained in Ukraine.

I do not feel like I have ‘skin in the game’ in this current period of rising tensions between Russia and Ukraine. In Ukraine, we Jews were shown over and over that we were not wanted.

I don’t believe that most Americans really understand the history of Ukraine’s relationship with Russia. Ukraine was part of Russia for 300 years, 70 of those as part of the USSR. Those crossing between Russia and Ukraine during the time of the Soviet Union would see the same television programs and have no language barrier. In the eastern parts of Ukraine, where Russia is threatening to invade, the first language is often Russian. Ethnic Ukrainians who went to school with me often had terrible spoken Ukrainian.

In Russian media today, the attitude toward Ukraine is clear: officially, territories like Donbas are described as part of Ukraine. But logistically and emotionally, despite the presence of some ethnic Ukrainians, the disputed territories are Russian. In the mind of someone like Vladimir Putin, who grew up in the USSR and later became a member of the KGB, respecting the territorial sovereignty of any of the former socialist republics is absurd —especially Ukraine, because to him, it’s essentially Russian.

I do not condone Putin’s actions at all, and I believe in Ukraine’s sovereignty and right to democracy. Yet in the grand scheme of things, I see two antisemitic nations fighting with each other nearly 5,000 miles away.

I’m not alone in this feeling — most of my Jewish friends from other former Soviet republics feel the same way. It’s not our life anymore. It’s there, and we are here.

If we didn’t feel this way, we wouldn’t have left.

Alex Stern emigrated from the USSR to Brooklyn in 1987 at the age of 16. After 34 years in the U.S., he feels that this is his home, and despite its flaws, it is still the best place in the world to start a new life. He still lives in Brooklyn with his wife and children.

In Ukraine, I was never allowed to forget that I was a Jew