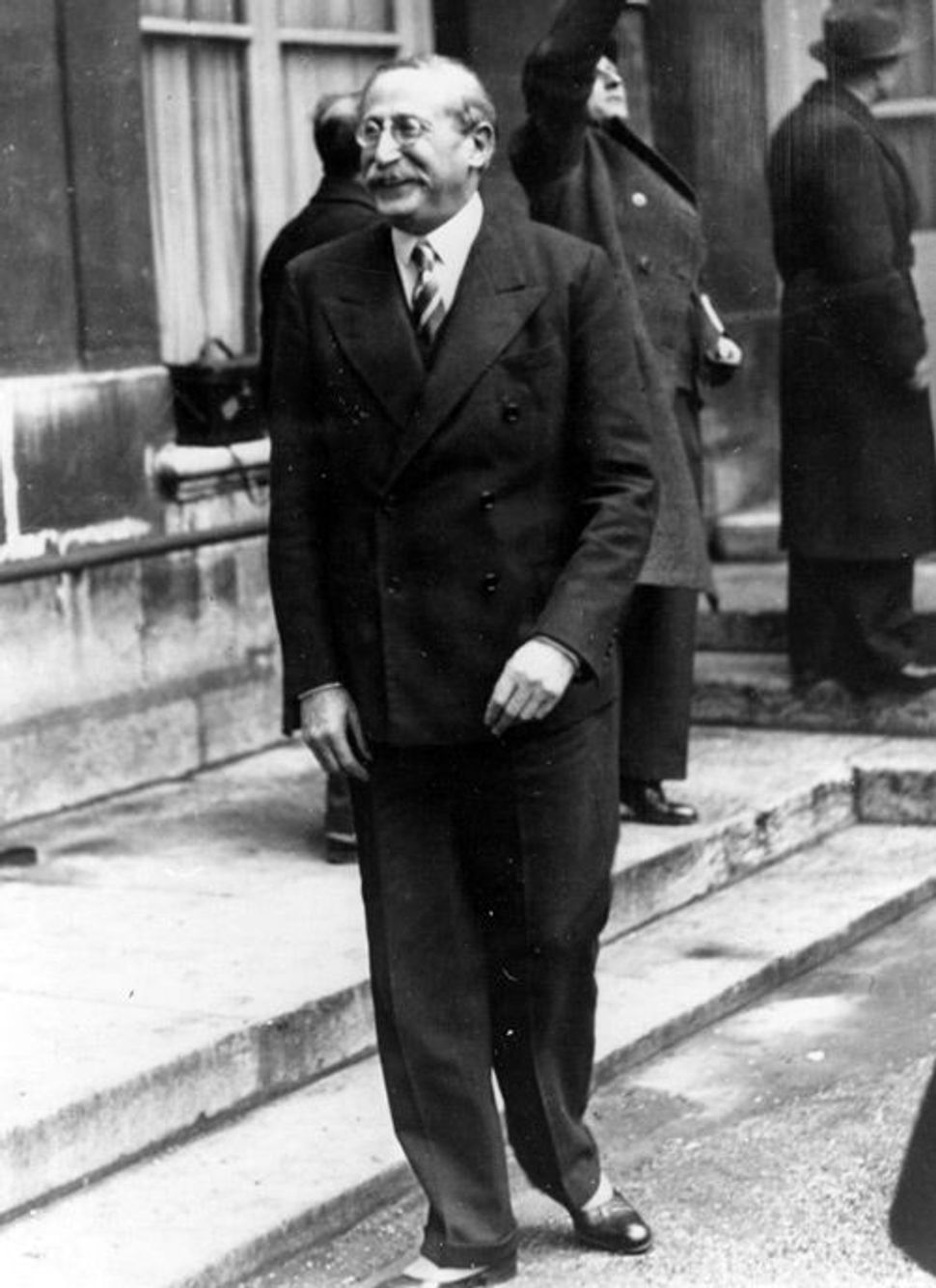 Written by Blum’s grandson Antoine Malamoud and directed by University of Alabama Professor Jean Bodon, the film offers a mere sketch of an eventful life, and its English narration is geared to a public largely ignorant of Blum’s remarkable trajectory, as relatively little about him has been translated from the French.

Serge Berstein’s astute 2006 biography “Léon Blum” from Fayard Publishers recounts how Blum became a militant Socialist after the Dreyfus Affair, and despite antisemitic violence, carefully described in “Anti-Jewish France in 1936: the Attack on Léon Blum in the Legislature” (Éditions des Équateurs, 2006) he was elected Prime Minister as leader of the left-wing Popular Front. After the German invasion, Blum was sent to Buchenwald, from which camp he wrote touching letters home, collected in 2003 as “Letters from Buchenwald.”

Another recent book “I Promise to Return” by Dominique Missika (Robert Laffont Publishers, 2009) also deals with this period of imprisonment. “Léon Blum: For All Mankind” gives short shrift to Blum’s early literary career when he rubbed elbows with Marcel Proust and André Gide; Blum’s own books included a tribute to Stendhal, a guidebook on marriage, and also a 1935 memoir of the Dreyfus Affair (still available in paperback from Gallimard Folio editions).

The film’s interviews include apt ones with old Socialist politicians like Gérard Jaquet and Pierre Mauroy, who knew Blum. However, it is unsettling to see the right-winger Jacques Toubon and discredited Sarkozy crony Georges-Marc Benamou presented as authorities.

The life of Jewish militant socialist Marthe Louis-Lévy, and the fate of Blum’s fellow prisoner Georges Mandel are described hastily, but it is Blum’s brother the choreographer René Blum, tortured and murdered at Auschwitz, who really deserves closer attention. This film claims that he was “thrown into the crematory oven alive,” whereas at least one Nazi interrogated on the subject does not echo this version of his demise. “Léon Blum: For All Mankind” is so fascinating that a film of twice its length would still capture our attention.

The French recognized the importance of Blum even directly after the war. A French newsreel about his death is available on a French website. Watch a more recent brief French documentary about Léon Blum’s political work below: