Chocolate Matzo, Making Liberation Bearable One Slice at a Time 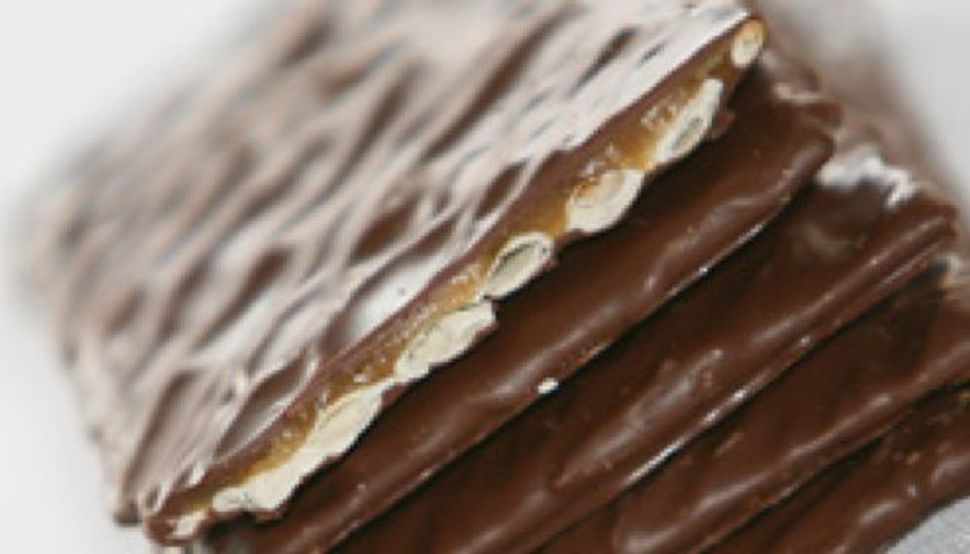 Unlike the ancient Israelites we have 11 months every year to get ready for our annual Passover “liberation.” Perhaps Jewish neurosis is overcompensation for that lateness and underpreparation of food in our defining national (religious?) event.

To commemorate the Exodus we eat matzo which, Leah Koenig has pointed out, is more than just a symbol of a rushed departure. Until now, however, it has been indisputably bland, crumbly and inducing of constipation.

The enterprising Jews (Abby Levy and Phillip Guttman) at Matzel Toff presumably noted that beer and chocolate go with everything but, since beer is not Kosher for Passover, they decided to coat matzo in toffee and then liberally drape it in chocolate. Good, rich, gourmet chocolate. Some with sea salt. Chocolate that has made this reporter and his colleagues break their self-imposed ban on eating matzo out of season.

Last year they told Martha Stewart and Rachael Ray about it. This year, they have decided to tell the Jews.

And here’s what Michelle Citrin and William Levin suggest you do with all the non-chocolate matzo.

Chocolate Matzo, Making Liberation Bearable One Slice at a Time