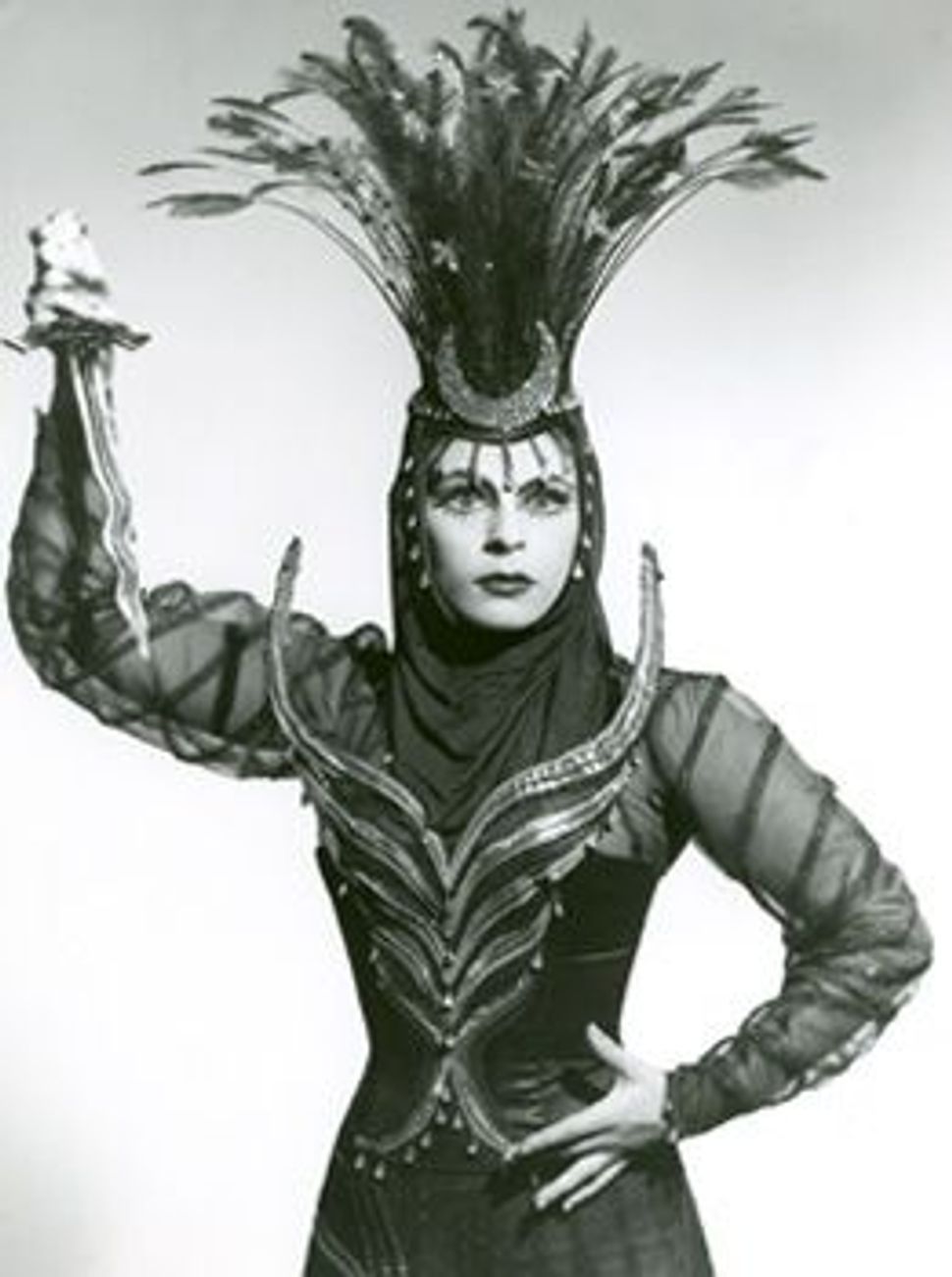 Roberta Peters as the Queen of the Night. Image by operainfo.org

Even as summer winds down, classical CD releases continue apace.

A pellucid live performance on DVD from VAI Music of Mozart’s “The Magic Flute” from the 1964 Salzburg Festival is one of the season’s best choices. It’s conducted by the Hungarian Jewish maestro István Kertész, who died in a swimming accident at Herzliya beach in 1973. In Salzburg, Kertész already possessed the required wisdom for Mozart’s profound score. The American Jewish coloratura soprano Roberta Peters incarnates a nightmare Jewish mother as the berserk Queen of the Night.

Another Jewish diva of a different genre is Hungarian pianist Márta Kurtág, wife of the composer György Kurtág. An unsurpassed interpreter of her husband’s music, which she has recorded for the Budapest Music Center (BMC) label, Mrs. Kurtág is one pianist unimpressed by commercial considerations. She studied Beethoven’s rambunctiously finger-busting “Diabelli Variations” for a half-century before recording the piece in 1999, and that thrilling, soulfully sonorous recording is only now available on CD from BMC.

Moving away from the keyboard, the online CD vendor ArkivMusic.com has reprinted a program of modern guitar music played by Todd Seelye titled “Sheer Pluck,” after an amusingly quirky work by American Jewish composer Milton Babbitt, which is a highlight of the CD. “Sheer Pluck” also includes the uncompromisingly inventive, yet graceful, “Five Intermezzi” by Berlin-born Jewish composer Ursula Mamlok.

Listeners in search of Old Testament exotica will want to hear another ArkivMusic.com reprint, of Arthur Honegger’s biblical oratorio, “King David,” led in 1961 by the underrated Greek-born Jewish conductor Maurice Abravanel and starring the dulcet-toned Israeli soprano Netania Davrath. As a deliciously wicked Witch of Endor, Madeleine Milhaud, the wife — and cousin — of French Jewish composer Darius Milhaud, is a delightfully fiery spirit.

So is the violin virtuoso Ida Haendel in her soaring 1957 live performances of concertos by Beethoven and Sibelius conducted by the ardent podium giant and Auschwitz survivor Karel Ančerl, which have just been released for the first time ever by the Czech label Supraphon and are must-hearing not just for summer, but for all seasons.

Watch Roberta Peters bring down the house in the “The Magic Flute,” at the 1964 Salzburg Festival: