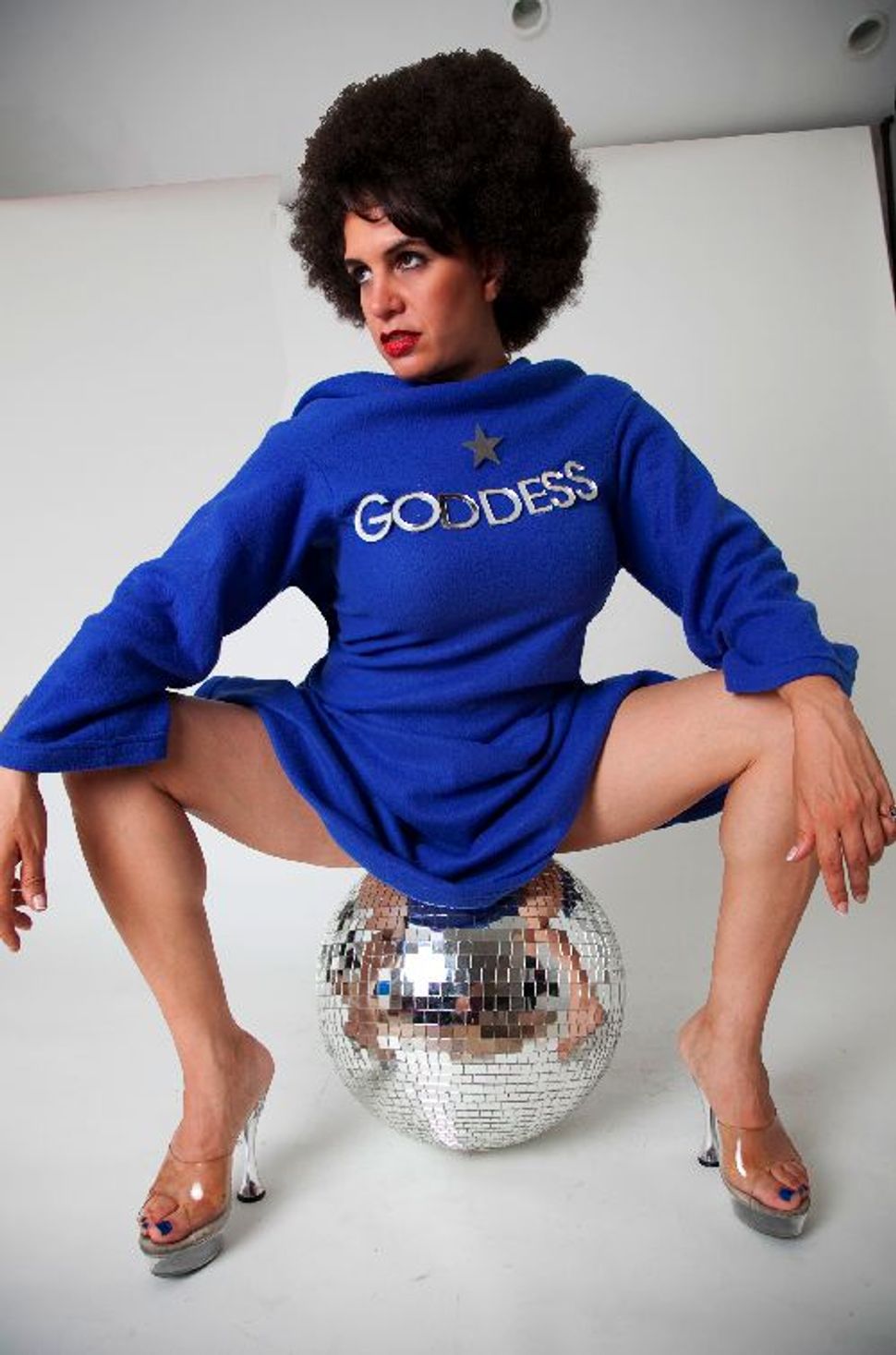 Perlman, the show’s mastermind Jewess, received coverage during the 2008 Presidential election when she hosted shows supporting Barack Obama, who Perlman believed was “earnest with dreams of grandeur.” While some in the Jewish community have lost faith in Obama, Perlman still supports the man she said is trying to make everyone happy. “I had a joke that I went to the inauguration on January 20, I wanted to be out of Iraq on the 21, and have health care on the 22,” Perlman said.

Perlman’s latest endeavor, Bar Mitzvah Jones, premiering in New York City on September 1, is a variety mash-up together with with Royce Peterson from The Heavy Metal Bees Gees Tribute Band. After the show’s premier there will be a short tour on the East Coast.

Advertising for the show describes it as “Lady Gaga meets Nirvana, Final Countdown to Flashdance and Aerosmith does Carrie Underwood. Don’t cha wish your girlfriend were hot like Mr. Roboto?”

“I had this idea of guilty pleasures and [Peterson] and I shared the same love for the cheesiest music in the world. This was joining the two elements together of song-and-dance and cover bands,” Perlman said. “We even do a Neil Diamond cover. There are no taboos for how cheesy we can go.”

Perlman, better known as Goddess Perlman among her peers, has plans and ideas she would like to pursue, some of which are more realistic than others. “I’ve wanted to do an Israeli dance number, like a ‘Lord of the Dance’ with Israeli music and I have this dream of traipsing the globe and taking the show to different Jewish communities around the world. But being Jewish in other places, it’s a different animal… it’s taken a lot more seriously,” she said.

For now, Perlman is content to reach out to Jewish communities in the U.S., no matter how small. “There are three Jews in Utah but that doesn’t stop us. I like going all over the place… and trying to figure out how to engage the Jewish community. If I come to a party there’s going to be something Jewish about it.”