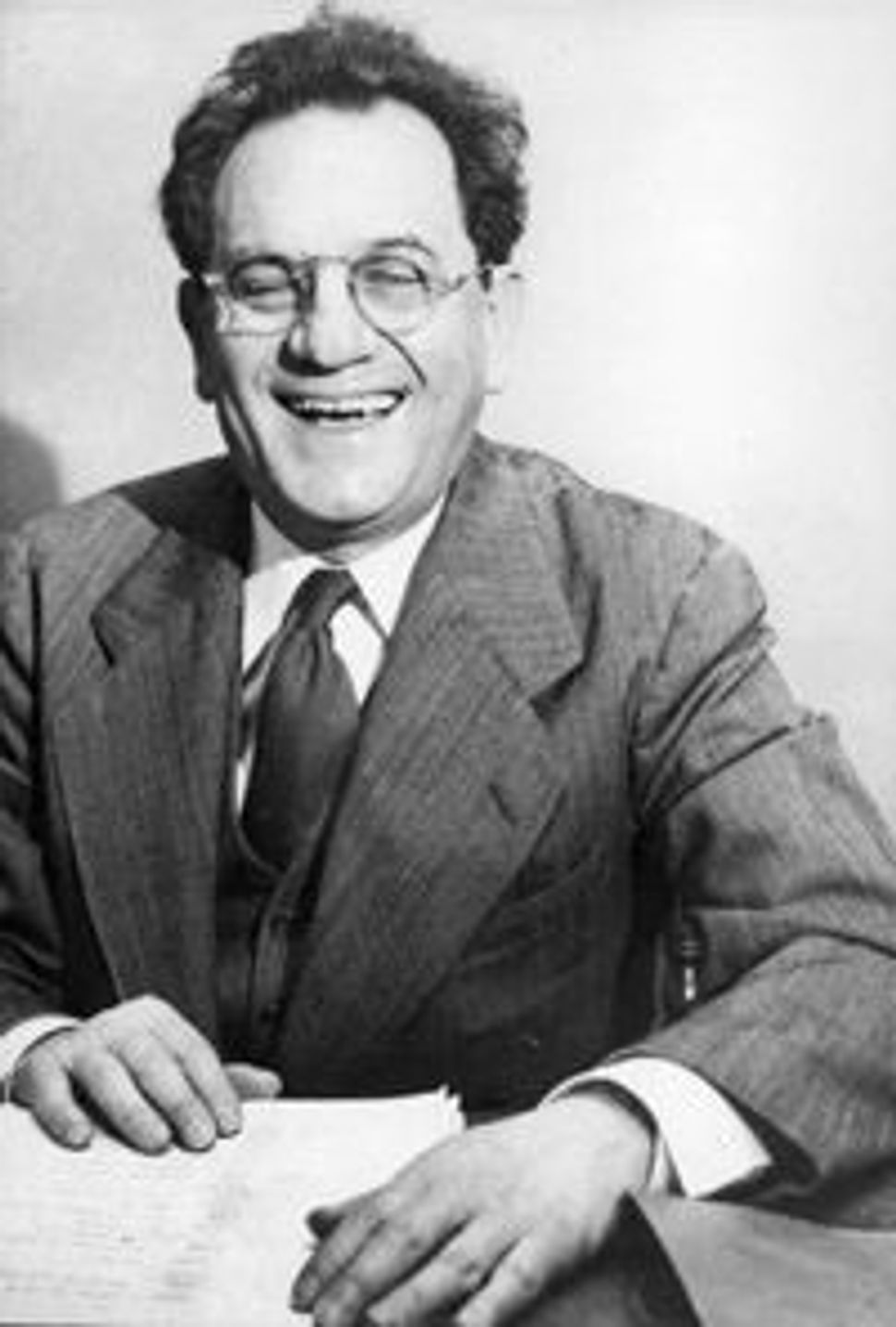 Tonight, a panel of those who knew or have studied Loeb — including myself — will commemorate his career at New York’s Museum of Jewish Heritage.

Loeb’s suicide was especially devastating considering how greatly he had fallen. Known as an actor’s actor, Leob taught his craft to the likes of Kirk Douglas, Rosalind Russell and Don Rickles. He also performed in such Broadway hits as “Room Service” with the Marx Brothers, and directed its signature food delivery scene.

Loeb reached the pinnacle of his career in 1949, when producer and writer Gertrude Berg cast him to play her husband Jake opposite her Molly character in “The Goldbergs,” which was then making a transition from radio to television. Loeb showed great dramatic range in the role, depicting the economic woes of a struggling Bronx family man and dress manufacturer.

Loeb was at the height of his popularity when the McCarthyist witch hunt reached Hollywood. The blacklist, which often targeted Jewish actors, had a devastating effect on the entertainment industry. Even better-known actors, directors and writers faced the destruction of their careers unless they snitched on others.

“The Goldbergs” ran into trouble when Loeb was falsely listed as a Communist in the anti-Communist pamphlet “Red Channels” because of his union activity. The show’s sponsors threatened to pull out, but Berg took a strong stand and refused to fire Loeb. Unfortunately, her efforts proved fruitless. In January 1952, a distraught Berg settled with Loeb, who left the show.

While the “The Goldbergs” recovered, it was never the same. Loeb could only work in summer stock theatre and his demoralization ultimately led to his suicide. Loeb’s friend Zero Mostel later memorialized the tragedy in the 1976 film “The Front,” in which a Loeb-like character is depicted jumping out the window.

Today, with family and friends in attendance, Actors’ Equity will re-dedicate the conference room named after Loeb that was created after his death. He is still revered for his contribution to the union’s efforts to make actors’ lives easier by advocating for rehearsal pay and better salaries.

What will not be written on Loeb’s plaque, however, is the true cause of his death. As actress Viola Harris noted at the time of his suicide, Leob died of “a disease called the blacklist.”