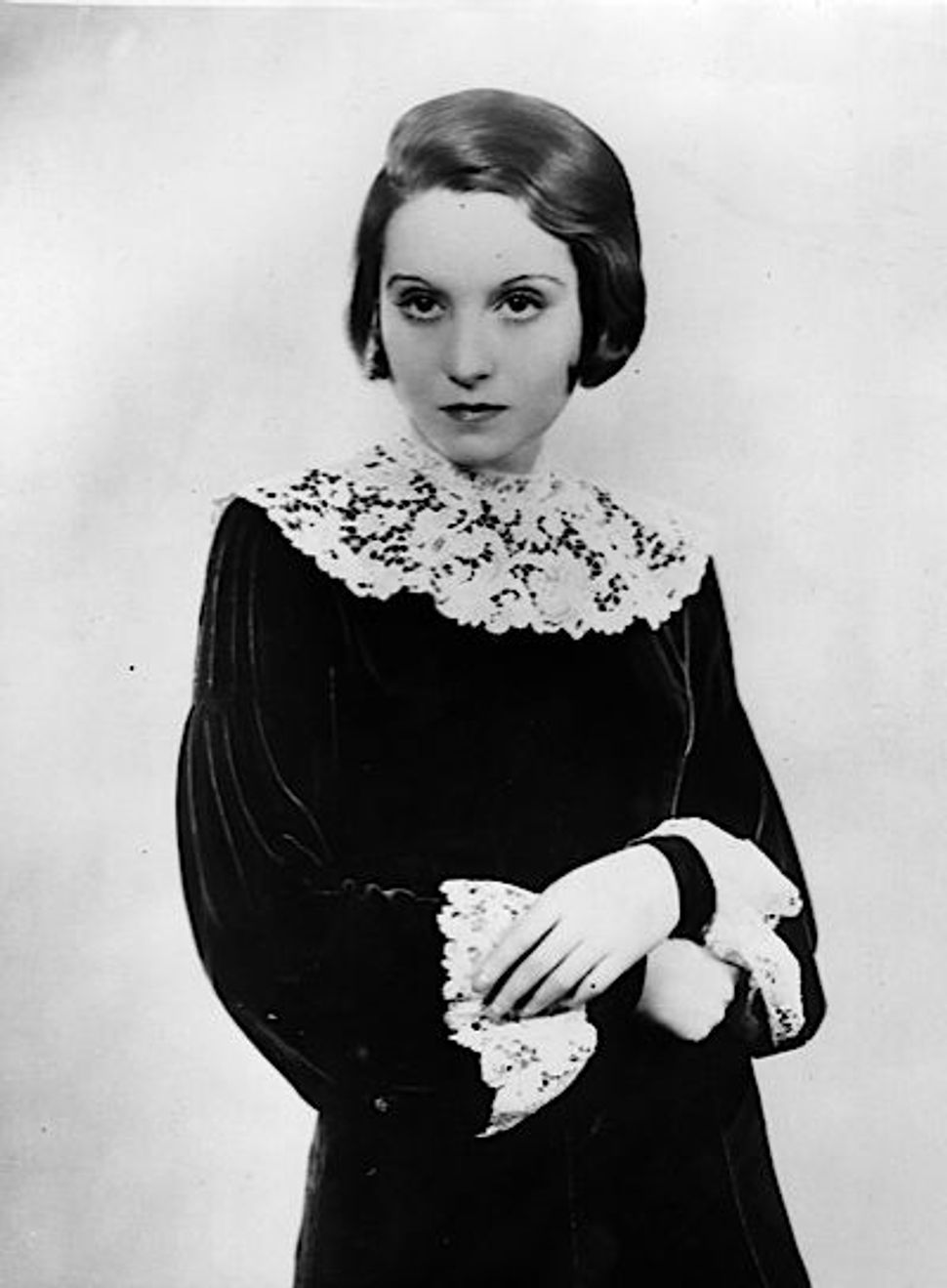 Elizabeth Bergner, who played the starring role in ?Fräulein Else.? Image by Getty Images

But alongside these seminal works, the 75-film retrospective — created with assistance from the F.W. Murnau Foundation in Wiesbaden and the German Kinematek in Berlin — also highlights lesser-known and in some cases downright impossible-to-find fare, such as the surviving early comedies to which Billy Wilder lent his talents as screenwriter (see the 1930 ménage à trois musical “A Blonde’s Dream”).

On December 13, the museum will screen the impossible-to-find silent version of “Fräulein Else,” adapted from the revolutionary novella by Arthur Schnizler and directed by Paul Czinner. Schnitzler’s slim volume, written in a breathless interior monologue, tells of a young woman who consents to appear naked before the benefactor who is willing to save her father from financial ruin.

Schnitzler, a Viennese Jew who practiced medicine professionally, was developing stream-of-consciousness technique in Austria around the same time that Joyce and Woolf were experimenting along similar lines. The Nazis couldn’t stomach Schnitzler’s psychological bent and his sexual candor, and they labeled his revolutionary writings “Jewish filth.” Czinner (disliked by the Nazis for being both Jewish and gay) cast his future wife, the ravishing Elizabeth Bergner as Fräulein Else, her first starring role, in 1929.

After the war, Czinner went onto direct pioneering films of operatic productions from the Salzburg Festival, including a memorable “Don Giovanni” conducted by Wilhelm Furtwängler and “Rosenkavalier” conducted by Herbert von Karajan. Schnitzler, who died two years before the Nazis came to power, has proved remarkably attractive to filmmakers, from Cecil B. DeMille (1921’s “The Affairs of Anatol”) to Max Ophuls (1950’s “La Ronde”) to Stanley Kubrick (1999’s “Eyes Wide Shut”).

The MoMA has a special connection to the history of Weimar cinema. In fact, it was while working as an assistant film curator at the museum in the 1940s that the German-Jewish refugee Siegfried Kracauer wrote his groundbreaking study of German film, “From Caligari to Hitler,” a still-controversial attempt to find evidence for the rise of Nazism in the cinema of the era, by treating films as products of mass culture.

Watch a clip from ‘Vampyr,’ screening at the Museum of Modern Art on December 12 and 20: