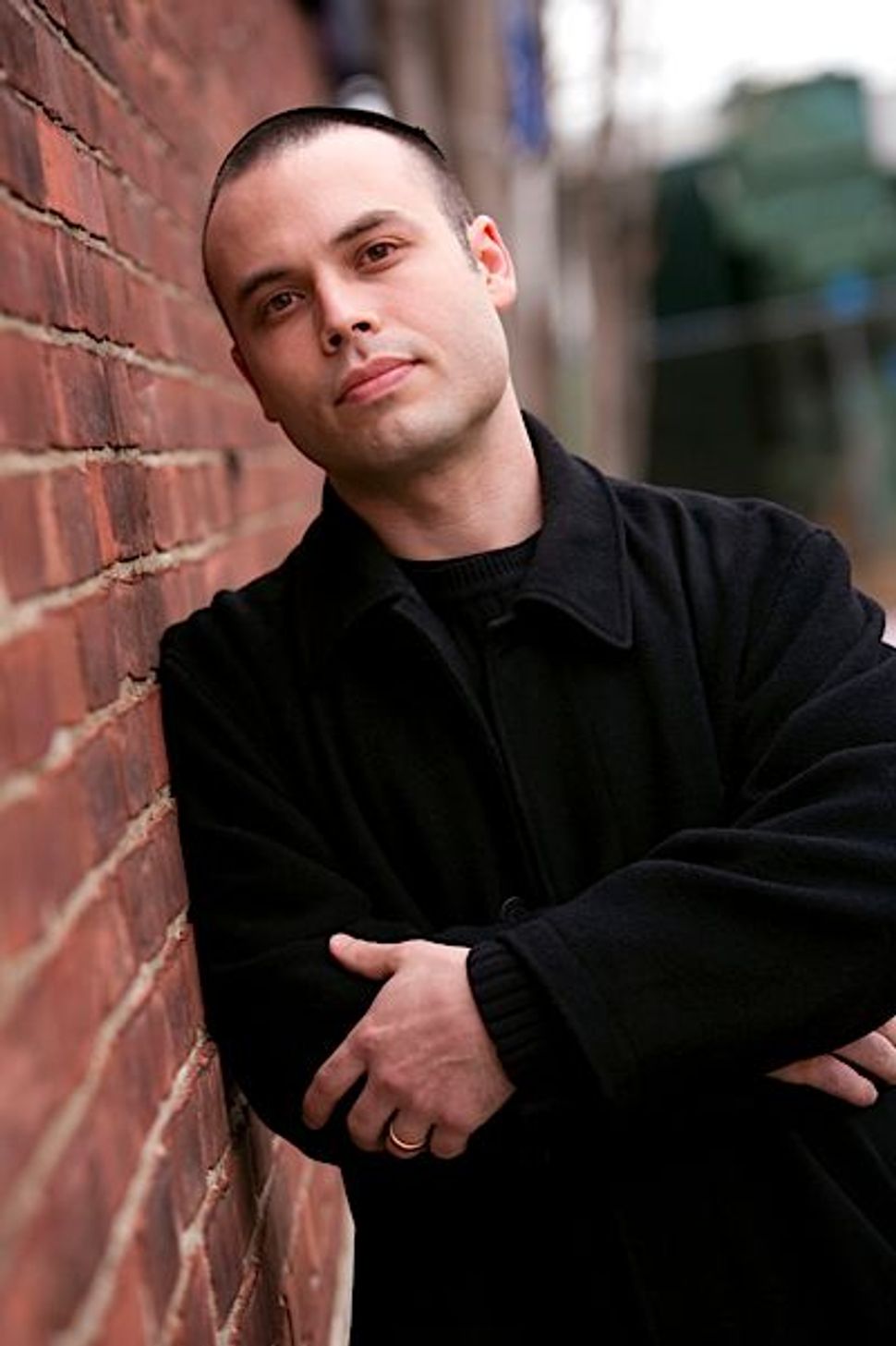 As you stand in the Dolby Chadwick Gallery in San Francisco, you can’t be sure if the figures in Joshua Meyer’s multi-layered oil paintings are emerging toward you or receding away into a complex sea of colors. That lack of certainty suits the artist just fine, as he considers his paintings to reside in “a netherworld, an in-between place of frictions, edges and reactions between different things.”

The 16 paintings by Meyer which make up this show, titled “Everything in Between” and which runs until January 29, exist in stark contrast to the clean, sharp lines of the gallery space with its white walls, blond wood floor and large, loft-like windows overlooking the tony Union Square shopping district.

Meyer explained that it is impossible to make a line when painting with a palette knife, as he has done almost exclusively for the past decade. “I found something intrinsically wrong about brushes. With a knife, you work more spot by spot, moment by moment. It’s about juxtaposition rather than smooth motion,” he said.

Although all of Meyer’s paintings start as figures, what eventually emerges is neither wholly representational nor completely abstract, and intentionally hangs in the between “memory and life, aesthetics and facts, ideas and reality.”

Meyer, 37, who has been painting steadily since his days at Yale University and the Bezalel Academy of Art and Design in Jerusalem in the mid-1990s, never works with a specific theme in mind. “If there are themes, they are what has escaped from the chaos of my day-to-day life. I just start each day and things emerge organically,” he said. Accordingly, the individuals portrayed in each of his paintings are all friends and family members in Cambridge, Mass., where he lives with his wife and two children. “They’re people who spend time in my studio and my life…but as I work, I focus not on what the person looks like, but on what the painting should look like,” he said.

The artist works on multiple pieces at a time, taking anywhere from a month to a year to complete each one. His canvases range in size from 14 inches by 14 inches to four feet per side. He finds the larger ones, in which the size of the figure is more critical, to be more of a challenge. “They take forever,” he said. But despite the size of the canvas, the “painting is a journey with no fixed end point. I paint until I paint myself out.”

Given his technique, Meyer is indebted to painters such as Rembrandt and Velasquez, who “aggressively layered, and didn’t hide their steps.” They inspired him to create works whereby the viewer “can see how the painting came into being, its story. Each little bit of paint whispers little secrets of where things were and are,” Meyer reflected.

Meyer considers himself a Jewish artist in that “Judaism is an enormous part of my life and identity.” As a kippah-wearing, observant Jew, “Judaism takes up a large swath of my physical and mental terrain.” Although very little about his work is explicitly Jewish, to him, every painting he makes is “intentionally Jewish.” He explains this by saying that “very little is explicit, but a lot is implied,” including his sense of self as a creator being built around his understanding of the book of Genesis.