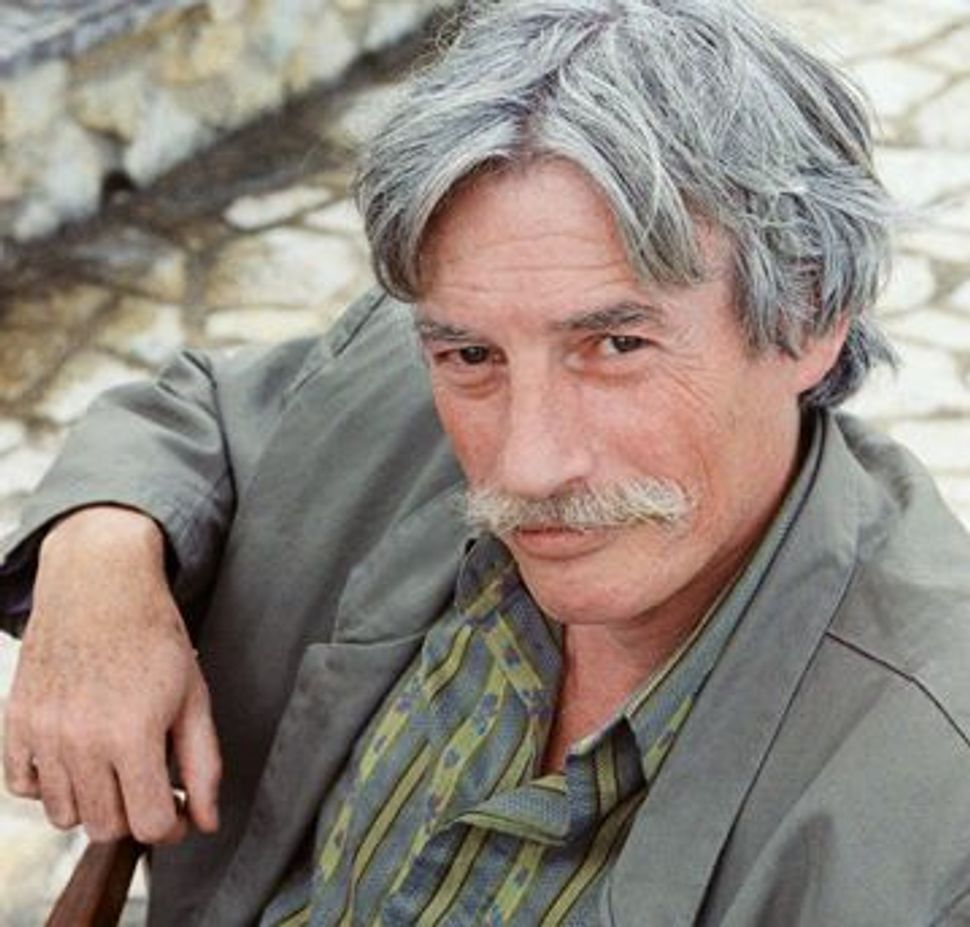 When the leftist French Jewish singer/songwriter Jean Ferrat (born Tenenbaum) died last March at the age of 79, the outpouring of affectionate tributes surprised some. After all, Ferrat had been retired to an Ardèche village in south-central France for a number of years. A detailed new biography has appeared from Les éditions Fayard, “Jean Ferrat: Singing is No Pastime for Me” (Jean Ferrat, Je ne chante pas pour passer le temps) by journalist Daniel Pantchenko, to explain the lastingly galvanizing emotional power of Ferrat’s songs.

Born in 1930, Ferrat experienced first the hopes of France’s Front Populaire movement led by the statesman Léon Blum, and then the rise of European Fascism. In an interview quoted by Pantchenko, Ferrat recalled how in German-occupied Paris, his Russian Jewish father, Mnacha Tenenbaum, returned from his job as a produce peddler with yellow stars which all Jews were henceforth required to wear:

We felt as if we were branded. In fact, there was no feeling involved, we were indeed branded! Like an animal! But we didn’t know the animal was being sent to the slaughterhouse.

Mnacha Tenenbaum was deported in 1942 to various concentration camps before reaching Auschwitz, where he was murdered. The rest of the family managed to flee to the Pyrenées, where they survived the war in hiding. One of Ferrat’s first major song successes was 1963’s “Night and Fog” (Nuit et brouillard) — its title inspired by the 1955 short Holocaust film by Alain Resnais — in homage to his father and other Holocaust victims. The lyrics state: “Their names were Jean-Pierre, Natasha, or Samuel/ Some prayed to Jesus, Jehovah, or Vishnu/ … / All they sought was to stop living on bended knee.”

Ferrat’s song also observes: “How quickly blood dries once it is deemed historical.” As he told a journalist in 1981, Ferrat felt his “Night and Fog” maintained the “spirit of the Résistance,” adding: “This song, which states that things must not be forgotten, and we must try to keep them in the minds of young people, really touched audiences, I think.” Ferrat’s spirit continued to touch the public, and after years of writing songs defending human rights, in 1991 he recorded “No One Recovers From Childhood” (Nul ne guérit de son enfance) with a wistful allusion to his father’s deportation:

The man who just disappeared Why did we let him out of our sight? We waved from the window Not knowing it was goodbye forever.