Itzhak Perlman in the Cantor’s House 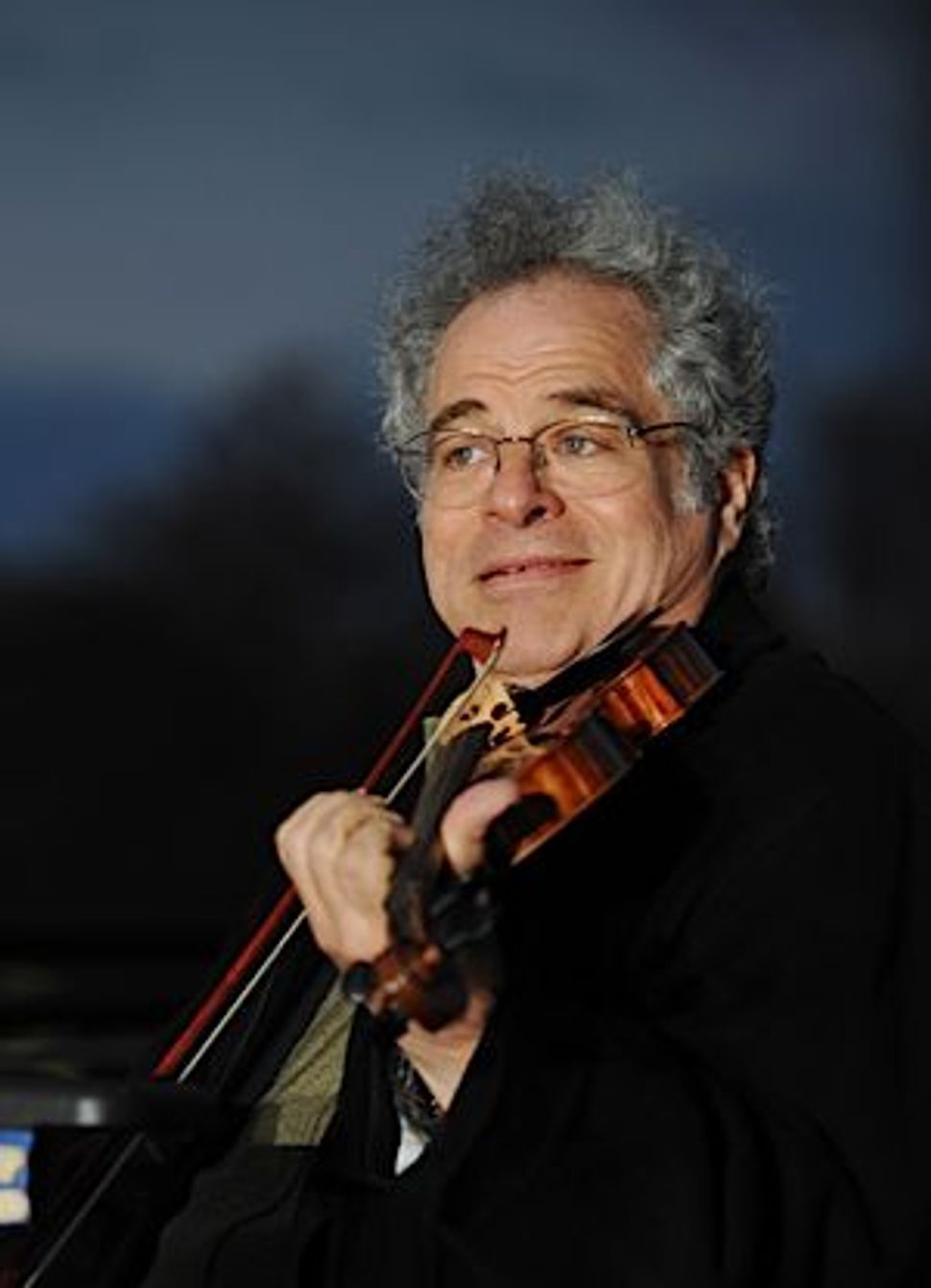 The collaboration is Perlman’s first foray into Jewish music since “In the Fiddler’s House,” his klezmer tour and recordings in the mid-1990s. In a press release from L.A.-based producer Dan Adler, Perlman gushes that teaming up with Helfgot is an “historic project” and declares, “It excites me to my kishkas!”

For the uninitiated, Helfgot is chief cantor at Park East Synagogue in Manhattan and a globe-trotting performer. He has been dubbed the “Jewish Pavarotti.” Perlman declared: “Helfgot can do anything.” In a video on YouTube that includes rehearsal footage shot in Perlman’s Manhattan home, Helfgot refers to the master violinist as the “Kohen Gadol of music today.”

According to the project’s musical director, Boston-based bandleader and college professor Hankus Netsky, the repertoire will consist of hazanus, Hasidic, Yiddish theater and klezmer compositions. Netsky told The Arty Semite that Perlman’s wife Toby hipped the great violinist to Helfgot’s operatic abilities and Perlman, who has been listening to cantorial music all his life, was floored by the great cantor’s voice. Perlman grew up in Israel listening to cantors on the radio and refers to hazanus as his Jewish comfort music.

Netsky, a multi-instrumentalist who chose members of his Klezmer Conservatory Band of Boston to back Perlman and Helfgot, said all of the principals are stretching a bit to make this work.

“For Helfgot, it’s an opportunity to delve into repertoire that he would probably never do,” said Netsky. “And for Perlman, it’s a chance to really lead the way on a Jewish music project without having to defer to any outside ‘experts.’ For me, it’s a chance to take on the cantorial tradition as a piece of the Jewish roots music continuum, as something cut from the same cloth as klezmer and badkhones — but with more of an artistic intention. After all, the shul was the only theater and concert hall the Jews had for a very long time, and these texts are serious poetry.”

Netsky mentioned a few of the songs on the set list: Abraham Goldfaden’s “Shoyfer Shel Moshiakh,” Moyshe Oysher’s “Hassidic in America” and the Modzizter Hasid Ben-Zion Schenker’s “Mizmor L’Dovid.” Adler, the producer, said Perlman and Helfgot will record an album after Pesach and a tour of North America and the world will commence in the fall or winter.

Watch a rehearsal for ‘The Soul of Jewish Music’:

Itzhak Perlman in the Cantor’s House