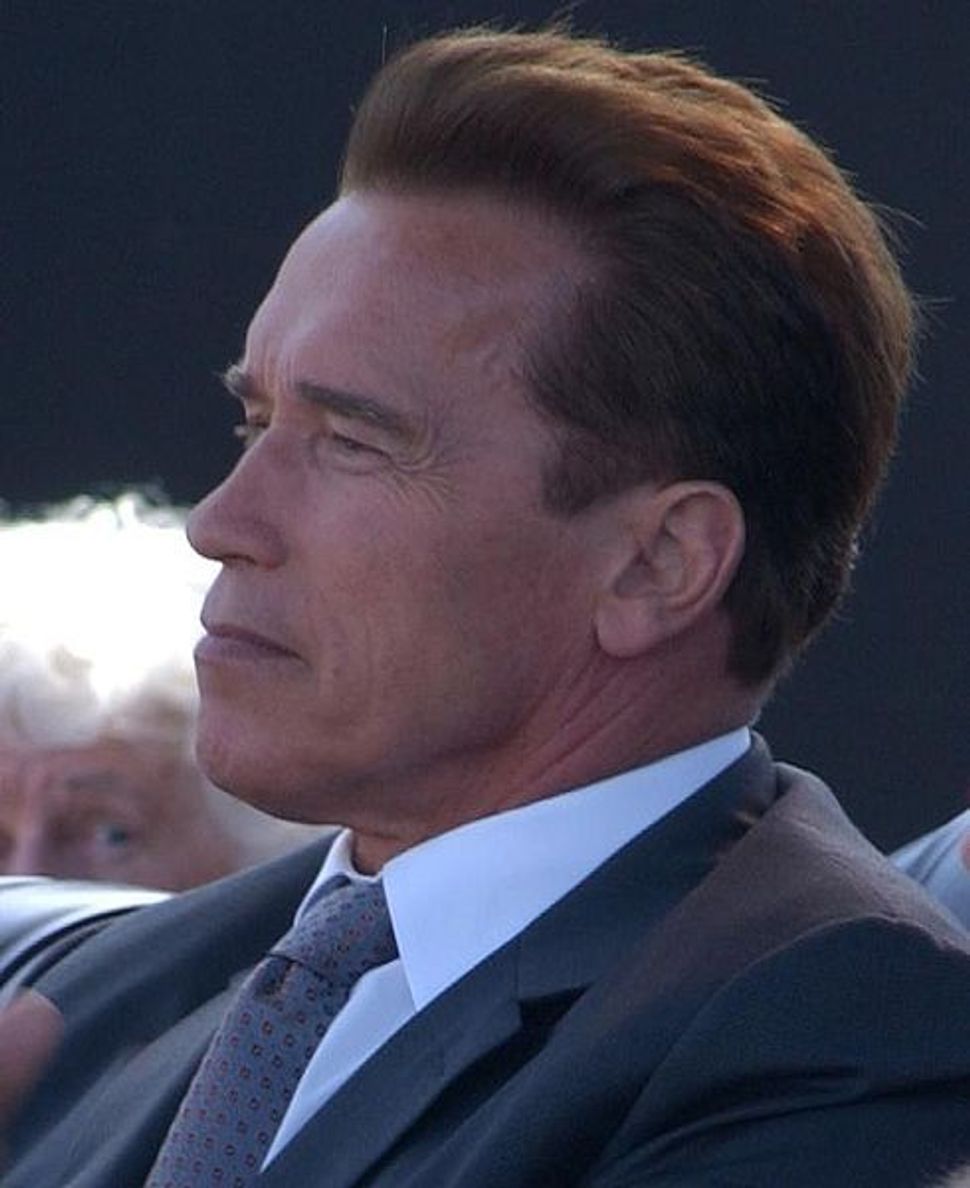 The end of his marriage didn’t stop Arnold Schwarzenegger from celebrating Israeli Independence Day this week.

The “Terminator” star and former California governor spoke Tuesday at the Israeli consulate in Los Angeles, wishing the country “another 63 years of great joy, peace and a thriving economy.” The appearance marked Schwarzenegger’s first since the announcement Monday of his split from Maria Shriver, his wife of 25 years.

Schwarzenegger was welcomed by Israeli consul-general Jacob Dayan, who noted the actor’s long-standing support of the country, including his defense of its controversial military operations in Gaza during Operation Cast Lead two years ago.

The Austrian-born son of a volunteer Nazi storm trooper, Schwarzenegger has long been involved in Jewish causes and has made multiple visits to Israel over the years.

His support of the country was only incidental to the intrepid reporters at England’s Daily Mail, however. In its coverage of the celebration, the paper focused on the return of a long-missing ring on Schwarzenegger’s wedding finger, speculating that Schwarzenegger’s relationship with Shriver may not be definitively over.