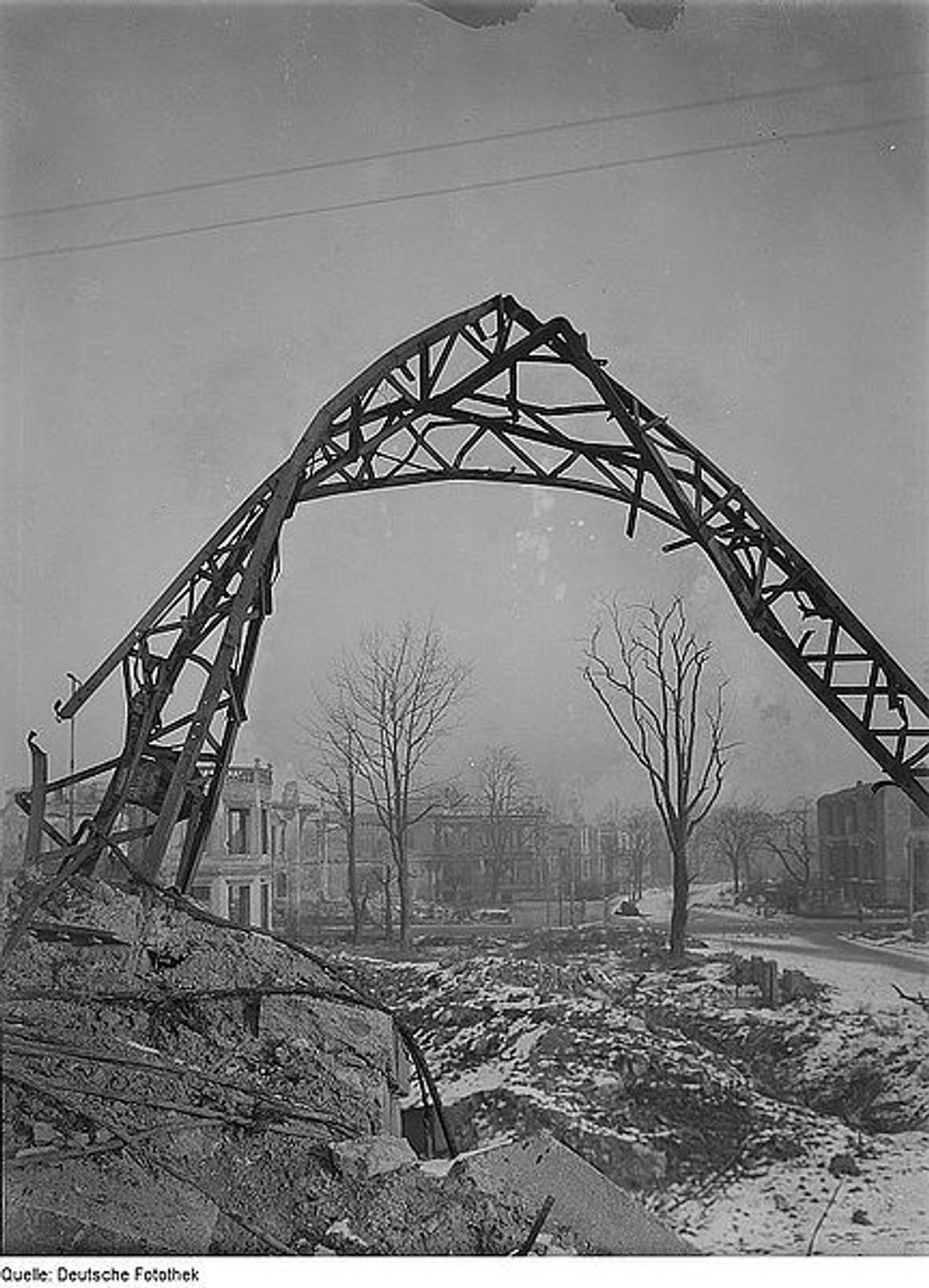 Granted, Vitale was merely repeating what Kurt Vonnegut wrote in his best-selling book set in Dresden, “Slaughter House Five,” which had just been reprinted as part of the Library of America series. But surely he should have noticed that in the book Vonnegut named the discredited, holocaust-denying “historian” David Irving as his source.

To be fair to Vonnegut, at the time he wrote the book he didn’t know Irving was repeating Goebbels’s propaganda, intended to rally the faithful to the then-failing Nazi cause, and was more concerned with how much the book spoke to what Vitale called the “war-weary.” But Vonnegut certainly knew after David Irving sued historian and Forward columnist Deborah Lipstadt for libel on this point — and lost. To his eternal shame, Vonnegut refused to add a correction to his book to point out its historical failings. The best one can say about Vonnegut is that as someone who personally witnessed the firebombing (he was there as a P.O.W.), he was too concerned with the unacceptability of all war to worry about whether repeating falsehoods would aid neo-Nazis.

What we had with Tom Vitale’s report on NPR was a classic failure of research on this notorious issue, which has motivated neo-Nazis the world over. No one disputes that Dresden was (and now is once again) a spectacularly beautiful city and that there was huge loss of life in the firebombing. But there were two lies here.

The first was the number of those killed in the firebombing. This is the easier one to correct, as the city of Dresden itself recently commissioned a study which determined that the maximum number killed was under 25,000 (which was what the Allies estimated at the time) and not, as Goebbels, Irving, Vonnegut, Vitale and neo-Nazis claim, over four times that number.

The second lie is more complicated. Was the firebombing legitimate warfare or a savage act of vengeance? Vonnegut firmly held the second view, frequently pointing out that Dresden had no military significance. Although with Vonnegut’s unwitting help the Nazi propaganda has largely triumphed on this point, this view was definitively put to shame by the courageous British historian Frederick Taylor in his book “Dresden: Tuesday, February 13, 1945.”

Taylor does not minimize the horror of the firebombing, but he also proves the importance of Dresden from a military standpoint, particularly as a center for precision manufacturing essential to the Nazi war machine. Moreover, he goes on to show that the firebombing of Dresden was not the unique event the propaganda made it out to be, but part of a rational (as much as war can be rational) and legitimate military plan.

It should be noted that the bombing saved lives as well. One such person was Victor Klemperer, a professor of literature who was born Jewish but converted to Protestantism in 1912, and who became famous after German reunification for his posthumously published 12-year diary recording the day-by-day enslavement under the Nazis. He had been scheduled to report for transport at a place destroyed in the bombing. Ripping off his yellow star, he hid until after the war ended.

NPR issued a correction on the first point, citing the victim total determined by the city of Dresden study. But they declined to issue a correction, or even refer to, the second point.

For some reason, even NPR’s reluctant on-air correction on the first point does not appear on its online list of corrections. Worse, as of this writing, the transcript of the piece still repeats Goebbels’s lie, uncorrected.

When, in Dresden, I mentioned this NPR broadcast to Hannes Heer, the historian behind the “Silenced Voices” exhibition, he was shocked. But, as Mark Twain sadly realized, “the lofty sounding maxim that ‘Truth is mighty and will prevail’ — the most majestic compound fracture of fact which any of woman born has yet achieved.”