On Getting Sholom Aleichem’s Name Wrong 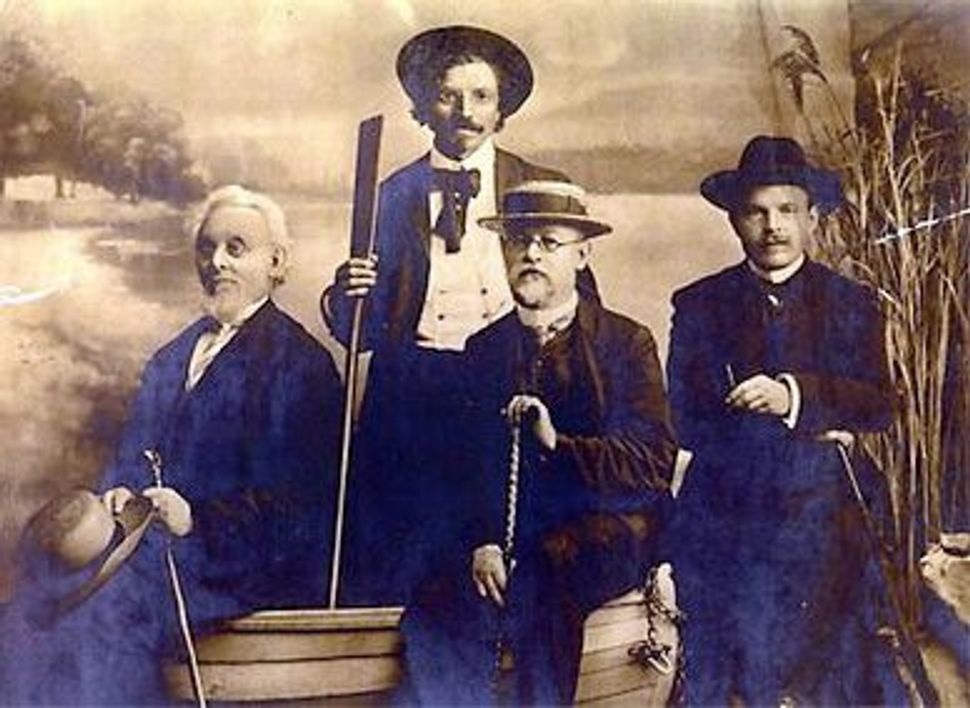 I’ve been called many things in my day: Jocelyn, Jennifer, Jen, Joselit Weissman and on occasion (and hopefully in jest) even Gender Weissman Joselit, a name designed to highlight my stalwart embrace of feminism in matters large and small. Little wonder, then, that I sympathize with the fate that has recently befallen the celebrated man of Yiddish letters, Sholom Aleichem.

Thanks to Joseph Dorman’s affecting and insightful new film, “Sholem Aleichem: Laughing in the Darkness,” its eponymous subject is experiencing something of a new lease on life (though the Forward and Dorman use different standard transliterations). At the very least, his name has probably appeared in print more times in the past month than in the previous 90-odd years since his demise in 1916.

It’s a reflection of our unfamiliarity with the literary protocols and linguistic conventions of an earlier era that we stumble when it comes to the man’s name.

The first time the creator of such enduring characters as Menachem Mendel and Tevye the Dairyman is referred to in an article, he is properly identified as Sholom Aleichem. So far, so good.

It’s the second reference that wreaks havoc. Nine times out of 10, he appears as “Aleichem,” as if Sholom were his first name and Aleichem his surname when, in fact, “Sholom Aleichem” is not, and has never been, the actual name of a person but rather a familiar Jewish greeting, the equivalent of “hello.” Sholom Aleichem was a pen name — and a rather warm and witty one, at that: an in-joke of the highest, and most intimate, order.

Those in the know do not take kindly to fiddling with his literary signature. As Sophie Stein, the granddaughter of Joseph Stein, the playwright of Fiddler on the Roof, learned the hard way, one messes with Sholom Aleichem’s name at one’s peril.

In a recent article in The Paris Review, which was prompted by Dorman’s film, Stein wrote about what Sholom Aleichem meant to her and her family. Whatever keen insights she may (or may not) have brought to bear mattered not a whit compared to the hue and cry that accompanied her repeated use of “Aleichem,” when referring to what she thought was the writer’s last name. Stein committed the ultimate onomastic faux pas.

The barrage of criticism prompted Ms. Stein to change her tune — and her references — and in later online versions of her text she called the writer by his full and rightful pen name.

That was the proper, and respectful, thing to do. Now, if only the New York Times would follow suit.

On Getting Sholom Aleichem’s Name Wrong