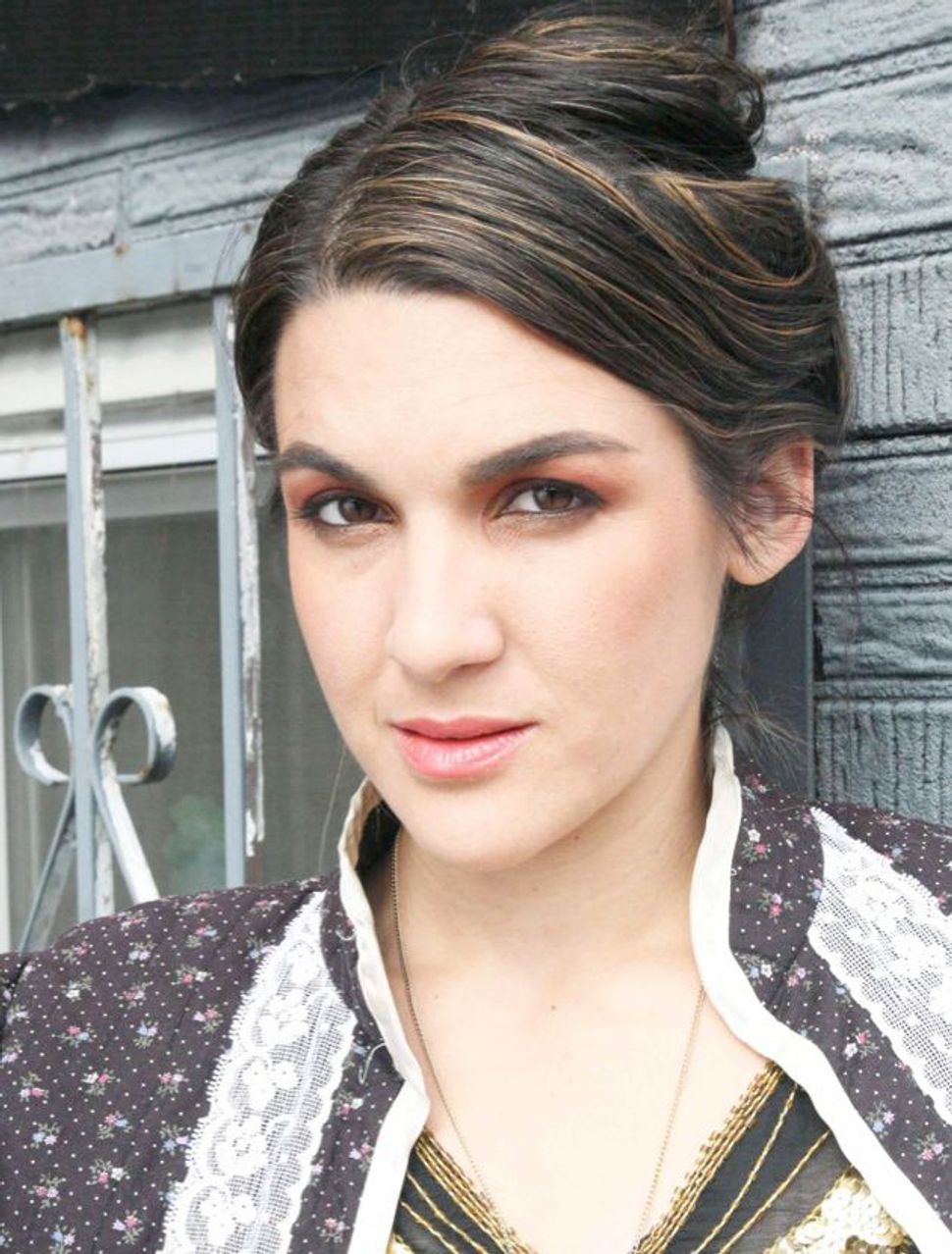 Songwriters who are also known as poets often only become so once they receive a degree of popular acclaim for their music. Cases in point include Bob Dylan and Ani Di Franco, David Byrne and Lou Reed. With the recent album, “Half You Half Me” by her Girls in Trouble project, violinist and indie singer-songwriter Alicia Jo Rabins has made a powerful pitch for inclusion in that elite realm. Each song on the album is a lyrical exploration about another female character in the Tanakh — the “girls” of the project’s name.

But her writing is not confined to her lyrics, and today on the Arty Semite we’re featuring four poems that were written as such, not for songs. The first three works are part of her “Ancient Studies” cycle, and walk the line between mythic and contemporary, culminating perhaps most intensely in the third piece where a customer service phone call turns into a deeply personal hallucination. The final work featured here returns the poetic context inherent to much kabbalistic thought back into poetry, lightly swinging images and abstractions into a meditation on things most timeless.

Seen from a long angle,
are we dark with a few bright spots,
or does a consistent glow
of breath and sensation
inch like a worm across the timeline?
Lifetimes come and go:
dried up, then gathering,
then waiting to pop.
Paul thinks of this one
as an extended moment
in a game of telephone.
Uncertain what the last
lifetime whispered,
he leans into the next one’s
ear: “I think she said,
Some of the greatest minds
have walked out of this orchard
mindless.” This is Torah,
and this its reward?
These coliseum ghosts, hot
letters now in someone else’s
mouth? And your teeth
scattered, metal breastplate
disintegrating underground—
even your columns worn to stumps.

My lover takes me to see
the cuneiform in the locked,
climate-controlled basement.
He shows his card and the guard
guides us down two flights of stairs
to a small room where we
stand before the delicate stone.
“What does it say?” I ask.
He translates for me: “A great flood
destroyed the world. The world
grew back. A great flood
destroyed the world again.
The world grew back again.
When will the flood come back?
Soon, soon.” Together
we ride the elevator to the
ground floor and step out
into the golden air.

I like to feel you push me
down, hard, as if God were
the pavement I was waiting
to meet during those ten years of praying
in a Thai restaurant
two blocks from the river,
only to wake up gray-haired, facing south into the rain.
One wet handful of pumpkin seeds
can be a sign of who did what
and to whom, the way your mother
was revealed as mirage
while you were on the line
with the phone company
trying to convince them to cancel a fee,
and found only the
fill-in-the-blank
rotten cantaloupe
of longing, mouth
open, found that the fee you were trying
to cancel
holds the world in place.

The field of time stands up
and grows a face.
Arms sprout from his side,
wings from the arms, blue mouth

burning between the feathers.
The field of time changes the air
around him as a sunken pothole
changes the road, as a flaming tree

illuminates the yard. Then
takes a brush and begins
to sketch us: double helix paint
on a canvas of cells.