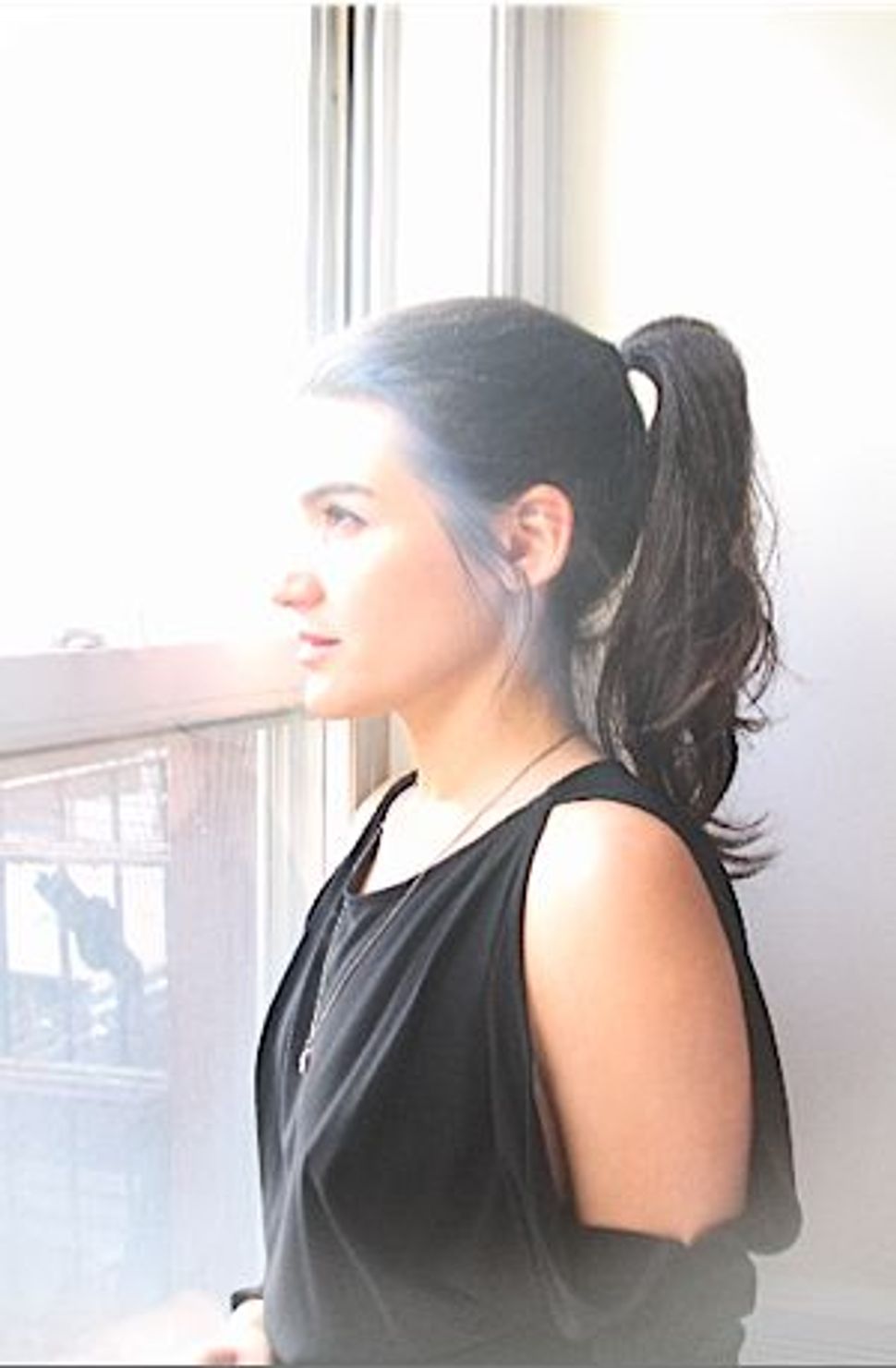 Image by Courtesy of JDub Records

Now, in 2011, Rabins has released her own solo sophomore album, “Half You Half Me,” putting herself in contention for the most prolific Jewish artist of the last few years. Moreover, “Half You Half Me,” out this week on JDub records, escapes the fate of many album follow-ups. Instead of a collection of hastily thrown together songs in the wake of a debut success, the album is a carefully written, confident set of songs that pushes the Girls in Trouble project forward and almost alleviates the pain of going two years without a new Golem album.

“Half You Half Me’s” album title suggests a figure divided, and that motif is developed on the opening track, “We Are Androgynous.” The track opens with a light, poppy riff that sounds like fellow chanteuse Neko Case, and Rabins’s voice singing “We are androgynous, doubly faced beings / One looking forward and one looking back.” Rabins’s voice is anything but androgynous, though. She sings with a light, almost delicate register that is decisively feminine. The androgyny may be a product of the album’s ambitions — each song supposedly tells the first-person account of a Biblical woman. Those references are obscure, though, and the album falls somewhere between the explicit narratives of the Biblical heroines of Galeet Dardashti’s “The Naming” and the primordial unnamed female matriarchs of Charming Hostess’s recent “The Bowls Project.”

Listen to ‘We are Androgynous’:

Outside some resonant lyrics, though, the conceit is incidental. The album soars when the protagonist is indefinite or simply Rabins herself. They are not carrying out revolutions or secret mystical histories. The most beautiful moments on the album come when Rabins notices something obscure, or outlines something beautiful. On “Lemon” she sings, “I kept on cutting till I started to see blood.” That’s a good description for this set of songs. They start off mundane, but she cuts into them until something pretty bleeds out.

Watch Girls in Trouble play in Toronto in 2010: