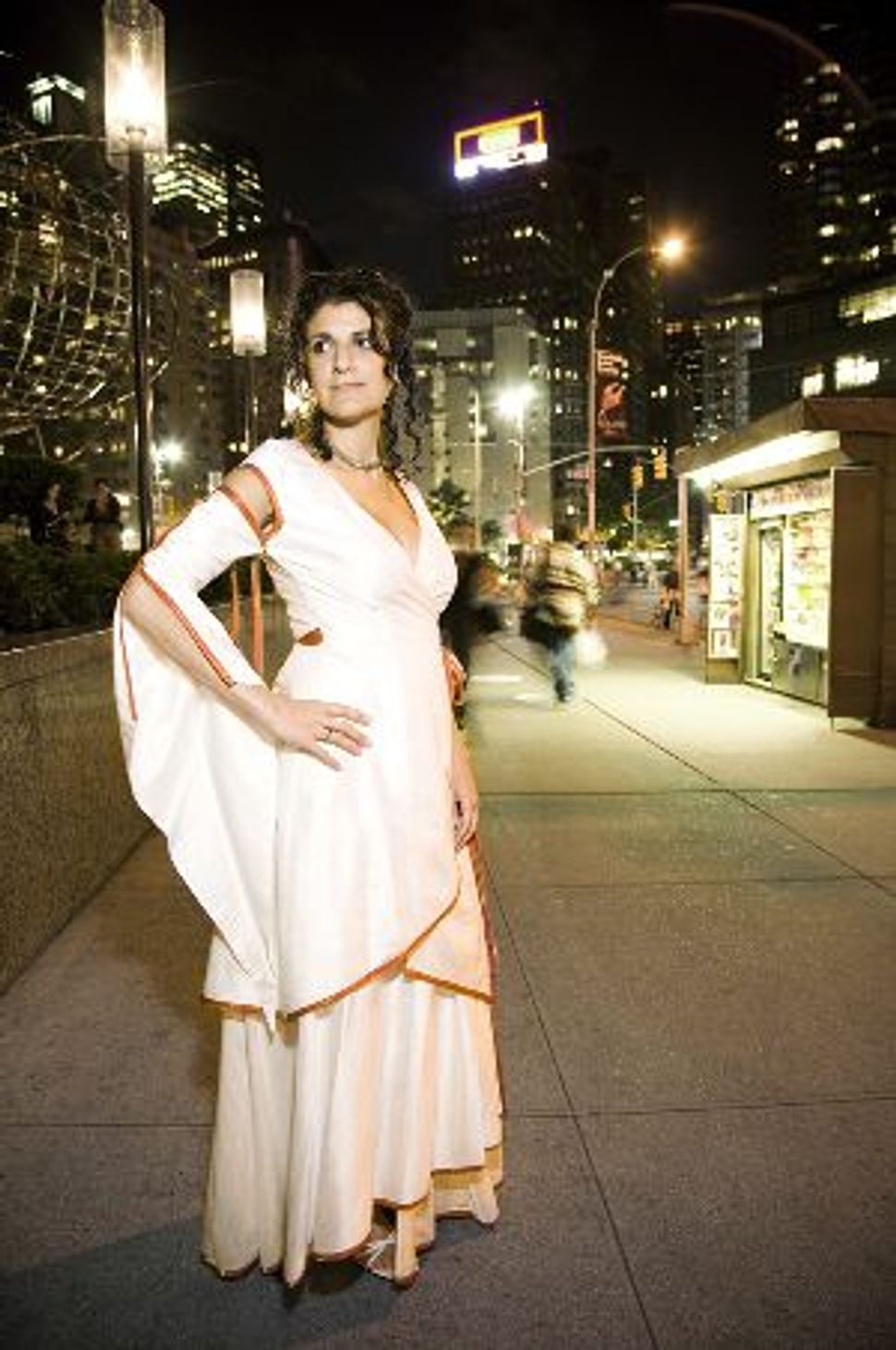 Like Mycale and Charming Hostess, Dardashti doesn’t hide the feminine in her work — the tracks on “The Naming” span a variety of historical (and biblical) feminine figures; Hagar and Sarah share the opening track, and Sheba, Dinah, Vashti, and Endora — a who’s who of feminine Jewish history — make appearances. At times, though, the familiarity of the figures makes the material feel tired. It is hard to excavate something new about Sarah. Though Dardashti parallels Sarah and Hagar’s rivalry to the Israeli-Palestinian conflict, closing the song with newspaper headlines from the Middle East, the connection feels tacked on.

The album closer is a stunner, though. Telling the story of the Witch of Endor, King Saul’s diviner-consultant, Dardashti sings over the sounds of hushed, heavy breathing. “And the witch said,” she intones in English before lapsing into Hebrew, vocals overlapping and shifting over one another like eerie incantations. Dardashti becomes a conduit to Endora’s voice, and a rarely rendered figure suddenly feels full-bodied, alive with writhing femininity. Here, Dardashti’s singing, which owes as much to Chava Alberstein as it does to Meredith Monk, feels appropriately full-throated and thick. The womanly and the supernatural are not in opposition but entwined. Saul’s tragedy — his fall foretold — feels otherworldly on both accounts.

When the album hits those peaks (on “Vashti” as well), Dardashti feels completely fresh, if less essential than on her Divahn project. The genre of forward-sounding Jewish music is having an unusually busy year, and Dardashti’s trans-cultural sound is critical. She recently finished a Ph.D. in Arab and Jewish music in Israel, and “The Naming” feels like an excellent audio curation.