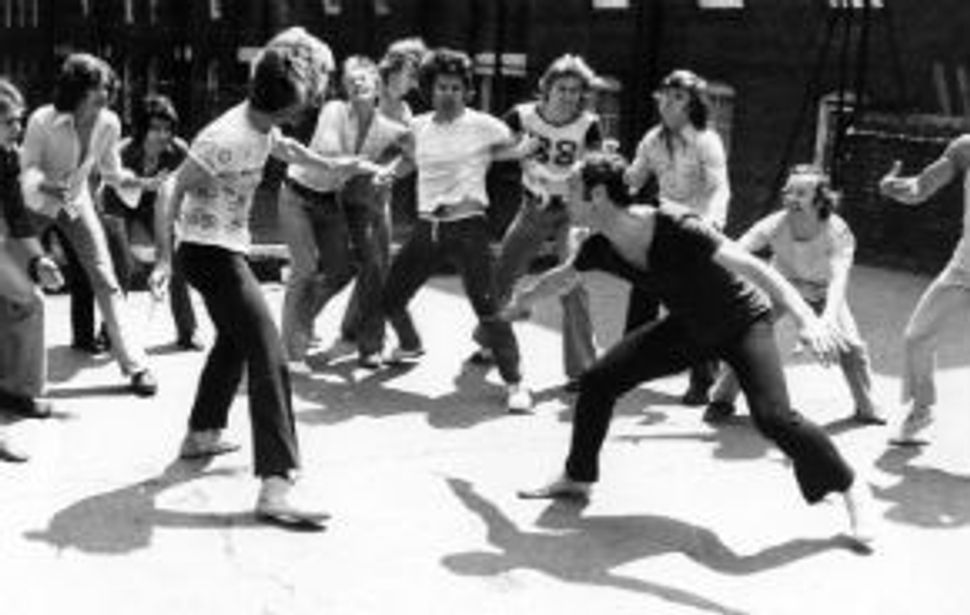 Circa 1972: Edgar Finch and Peter Daly rehearse as part of The Jets and The Sharks, two youth gangs in the musical ?West Side Story?. Image by Getty Images

The flash mob was organized by DanceOn, a dance video website, in honor of the 50th anniversary of the film version of “West Side Story.” The movie, a 1950’s-era New York City interpretation of Shakespeare’s Romeo and Juliet, was directed by Robbins and Robert Wise, and starred Natalie Wood, Richard Beymer and Rita Moreno, among other talented actors and dancers. The film was based on the Tony Award-winning Broadway musical written by Arthur Laurents (book), Leonard Bernstein (music) and Stephen Sondheim (lyrics).

The Shmooze finds it amazing that “West Side Story” is already half a century old. But it’s even more impressive that there was not only enough room in crowded Times Square for this energetic number, but also that all the dancers in a flash mob actually knew what they were doing.