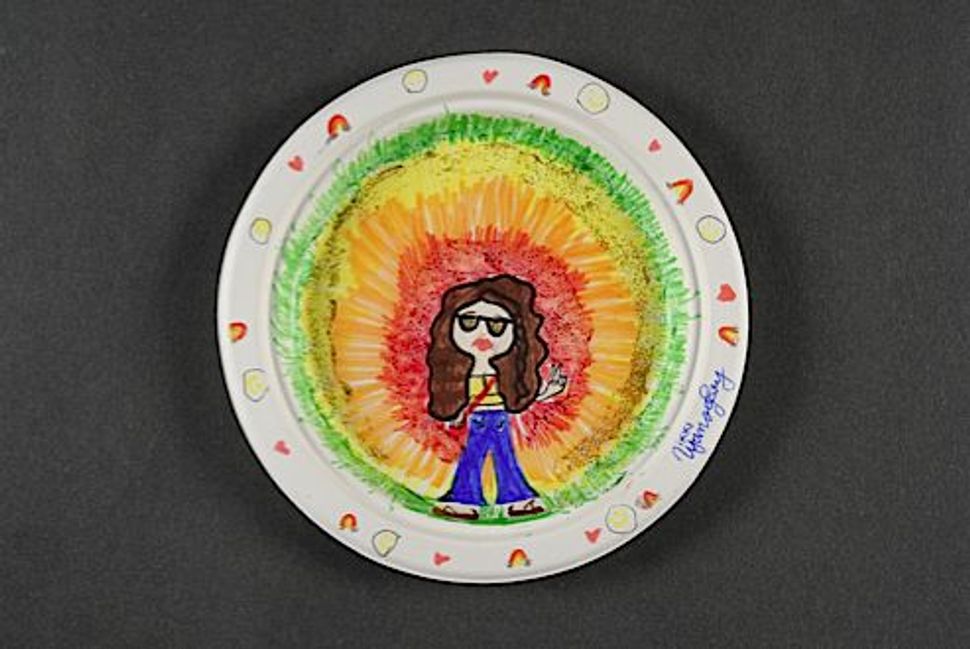 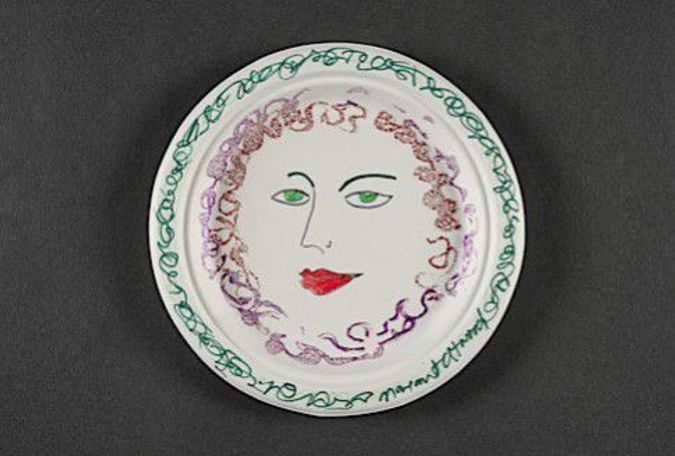 A plate designed by Margaret Atwood Image by Courtesy of Mazon

At its annual fundraiser on November 22, Mazon Canada’s Montreal chapter will be auctioning off plates designed by the likes of self-help guru Deepak Chopra, author Margaret Atwood and actor and singer Theodore Bikel. There are also some by younger pop culture celebs like Tori Spelling, Nikki Yanofsky and Emmanuelle Chriqui.

And since we’re talking about plates here, there are, of course, some decorated by celebrity chefs like Mario Batali, Graham Kerr (a.k.a. The Galloping Gourmet), Bobby Flay and Daniel Boulud.

How did Mazon snag the likes of comics king Stan Lee, Pinchas Zukerman and even the Dalai Lama? “It took eight months of challenging work to make this happen,” event co-chair Sara Heppner-Waldston told the Shmooze. “But when we started talking to people in the community, we found that they had connections we could use.” She personally walked up to the Dalai Lama at a conference and asked him to participate. He apparently agreed right away to help out. “Can you believe it? Here was the Dalai Lama saying to me, ‘Thank you for doing such important work for hungry people,” she recounted.

Heppner-Waldston and the other organizers made it easy for these big names to do a good deed. They sent them packages, complete with donated supplies: several thick paper plates, art supplies, a disposable camera and a pre-paid return envelope. All the celebs needed to do was to take a little bit of their time to decorate a plate, snap a photo of themselves holding it, and send it back to the organizers to have it framed for the auction.

Some really got into the project. Heppner-Waldston reported that fashion designer Simon Chang was very enthusiastic and thrilled to be helping Mazon. Margaret Atwood designed several plates. “I’d be happy to do it. I doodle in my sleep,” Heppner-Waldston said the author told her.

Mazon Canada is celebrating its 25th anniversary this year. It is a grassroots organization that has allocated over $8 million to more than 170 food banks, community kitchens and school meal programs across Canada. Heppner-Waldston’s co-chair Jayne Schneider Lisak told the Canadian Jewish News, “According to the latest statistics, for 2010, food bank use reached its highest level on record, feeding up to 870,000 Canadians every month, 40 per cent of whom are children.”