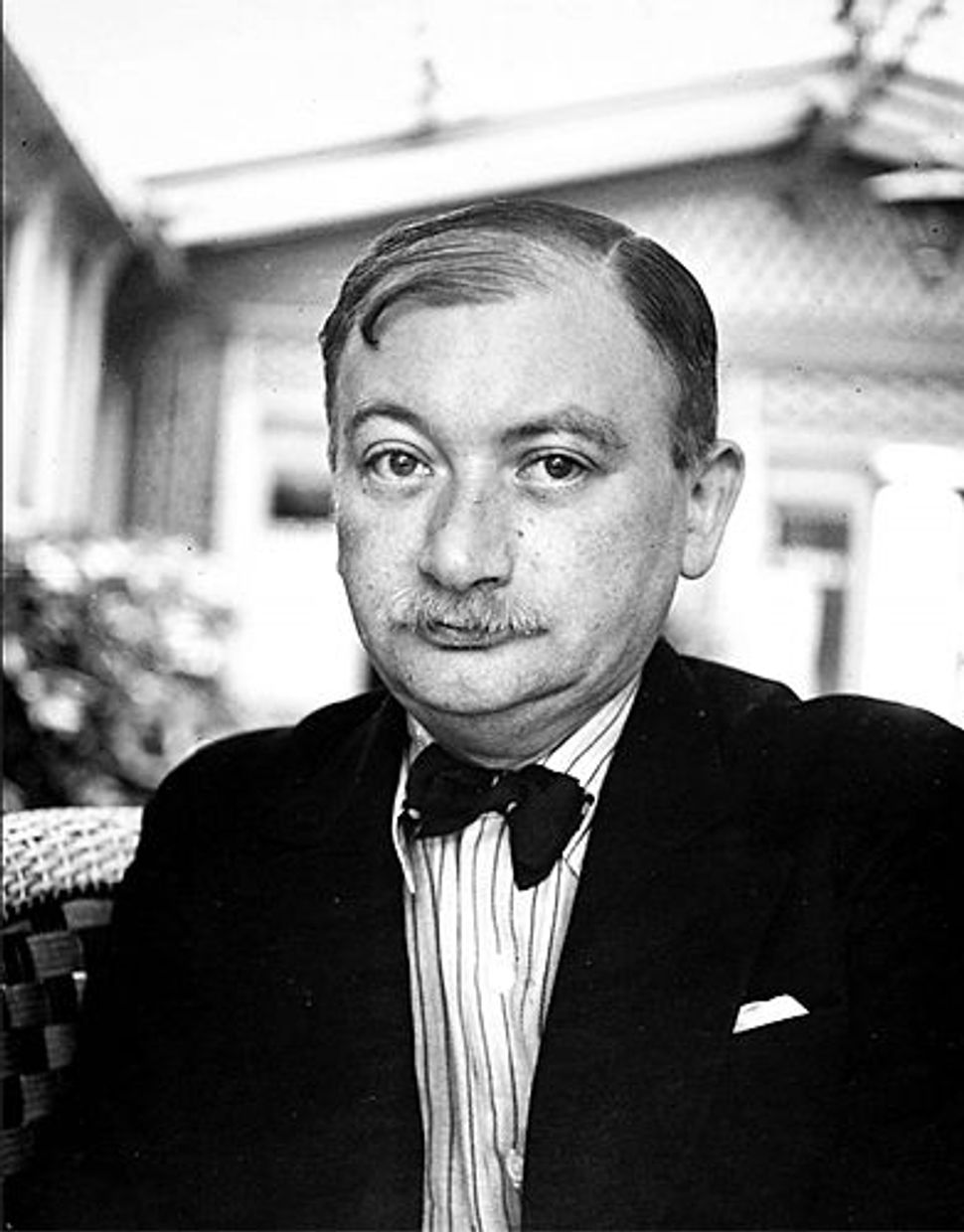 Translator Michael Hofmann, whose gifted ear has graced 11 of Roth’s titles including the recently published “Joseph Roth: A Life in Letters,” bears the lion’s share of credit for bringing this paradoxical figure to light. It’s lucky, though, that we have much of his work to begin with.

“Roth left less physical trace in the world than any others of his standing,” Hofmann said. “That’s because he lived in hotels with two suitcases.” Roth often did not have copies of his own books.

Hofmann was speaking at a panel hosted by the Leo Baeck Institute, featuring author and record producer Anthony Heilbut and writer Fran Lebowitz. They were joined by New Yorker fiction editor Willing Davidson, who had recently posted an excerpt of Roth’s letters online. Leading the discussion was W.W. Norton executive editor Robert Weil, the vital force behind recent publications of Roth’s works in English, having edited seven Roth translation over 15 years at two publishers. The setting was appropriate, since the Leo Baeck Institute has important archival materials relating to the author.

The Roth under discussion that evening was a heap of contradictions. He was a Jew who could write like an anti-Semite; a brilliant novelist better known during his lifetime for journalism; a man who drank himself into a stupor (a “world-class alcoholic” to use Heilbut’s phrase) but whose foresight was seldom blurred.

With a schizophrenic wife and a string of romantic dalliances (including one with the wife of an African chieftain, Hofmann remarked), the dystopian Roth scribbled away from the seats of cafes.

Roth’s fiction is electric with premonitions. His first novel, “The Spider’s Web,” contained a reference to Hitler by name — in 1923. The preternatural Roth said goodbye to Germany for good in 1933, taking a train from Berlin to Paris on the very day Hitler became chancellor. The New Yorker critic Joan Acocella once put it this way: “He had a nineteenth-century style and a twentieth-century vision.”

Davidson expressed his amazement as to Roth’s “ability to say the most wildly divergent things and yet carry it off with the same complete masterful aplomb.” Heilbut likewise said that Roth was difficult to place politically. “He hates the Soviet Union, but he also hates America. This is a man who is at home nowhere.”

Davidson underscored the fantastical “idea that a man in the 1930s would be earnestly trying to restore Central Europe to its pre-World War I state.” Roth, he noted, at one point even headed to Vienna to look into how the Austro-Hungarian empire might be brought back to life. At the same time that Roth was looking to restore the monarchy, Weil added, “his antennae were up,” registering the fascist tourniquet squeezing Europe.

Lebowitz, who brought the passion of an engaged reader to the panel, noted the rage in much of Roth’s writing. In one startling letter to the Austrian literary titan Stefan Zweig in 1933, Roth wrote, “Do not deceive yourself. Hell reigns.” In another chilling foreboding, he wrote, “the word had died and men bark like dogs.”

Weil said that after Kristallnacht, Roth’s letters from Paris become darker and ever more desperate. In 1939 he died in that city at age 44.

Toward the end of the panel, Weil raised Roth’s ambivalence towards Judaism. Roth had once written, “My Jewishness never appeared as anything else to me but an accidental quality, like, say, my blond mustache (which could have been brown).” Weil noted that Cynthia Ozick loved Roth’s work but remained very troubled by his anti-Zionism.

As the speakers took questions from the audience, Acocella inquired of the panel if there would ever be a biography of Roth in English. The question lingered in the air unanswered.

But Heilbut earlier wagered, “I think once you succumb to Roth’s spell, which is not difficult, you’ll see the letters as a biography of a soul.”