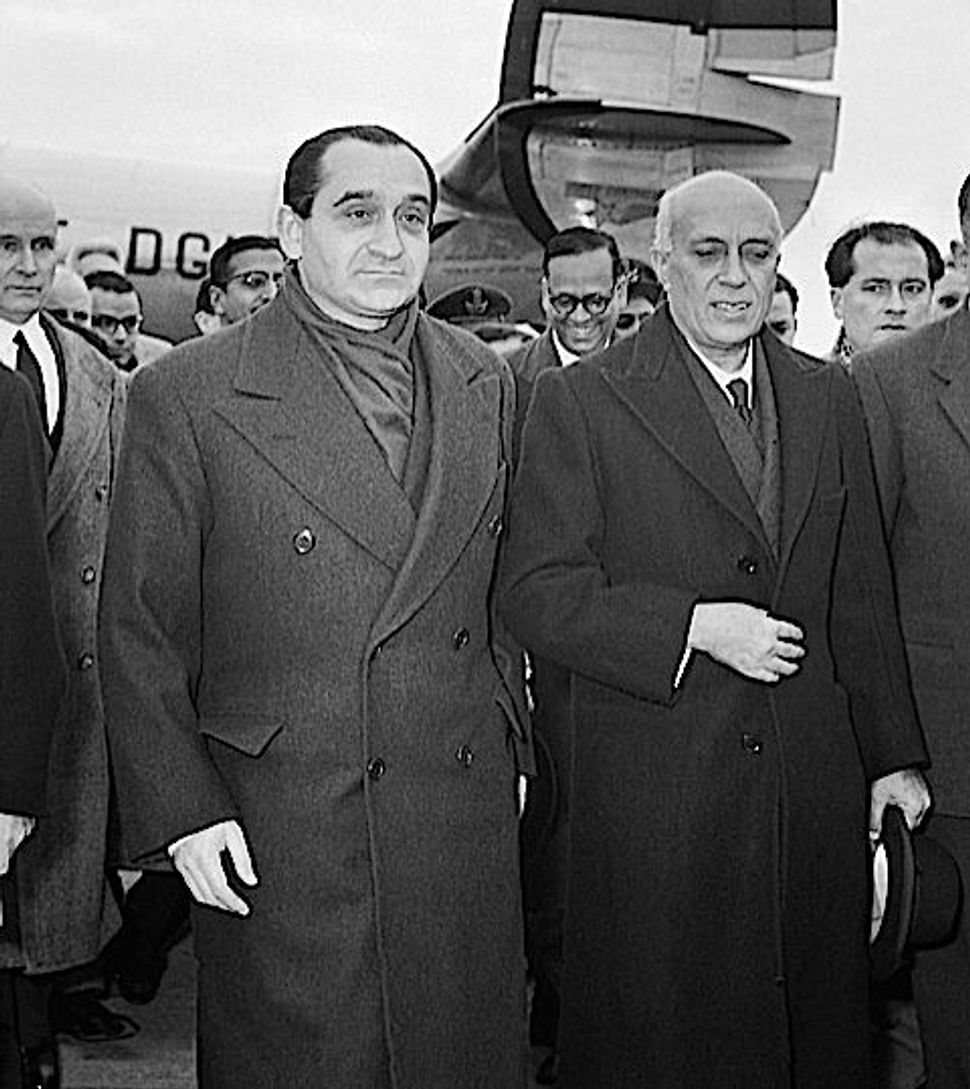 Historian Gérard Boulanger’s 2007 study from Les editions Calmann-Lévy, “The ‘Jew’ Mendès France: a Genealogy of Anti-Semitism” documents the statesman’s forbearance during these lifelong attacks, while a book out from Les éditions Robert Laffont in October, offers more evidence of Mendès France’s patience and wisdom.

Entitled “Politics in the Service of Intelligence,” the book gathers letters exchanged between 1953 and 1981 by Mendès France and two French Jewish journalists, Jean-Jacques Servan-Schreiber (or JJSS) and Françoise Giroud. Edited by historian Eric Roussel, president of the Institut Pierre Mendès France, a Paris archive, “Politics in the Service of Intelligence” shows Mendès France’s gift for conciliation, trying to smooth out interpersonal disasters caused by the belligerently over-bearing JJSS.

In 1960, after Giroud had a breakdown after being dumped by her lover JJSS, Mendès France thoughtfully drafted two versions of a public announcement to be printed in the magazine they all contributed to, L’Express, sensitively mentioning her illness. In gratitude, Giroud wrote to Mendès France: “You always give me courage,” adding in 1962: “You remain the incarnation of moral and intellectual probity.”

A dry wit is revealed when Mendès France quietly informs JJSS in 1962 that a speech by Charles de Gaulle about a nation’s leader being captain of the ship of state used the identical metaphors as a speech from three months earlier by Spain’s Generalissimo Franco. The trendy publicity hounds Giroud and JJSS betray exasperation at Mendès France’s innate loathing of personality cults in politics, and insistence of adherence to the strict truth.

This lucid veracity is so rare in world politics that more of Mendès France’s books should be translated into English, to join the scant few which are available, such as his reflections on Asia; on France and Europe; and a memoir of his war years. Urgently awaiting translation is his 1976 “Truth Guided Their Footsteps” from Les editions Gallimard, about heroic activists whom he admired, from Zola to Blum, and alongside whom Mendès France is equally worthy of esteem.

Watch Mendès France on French TV in 1977, in a program presented by Anne Sinclair.

And, watch a video about a 2007 exhibit on Pierre Mendès France at the Alliance Israélite Universelle, Paris, as presented by librarian and archivist Jean-Claude Kuperminc.