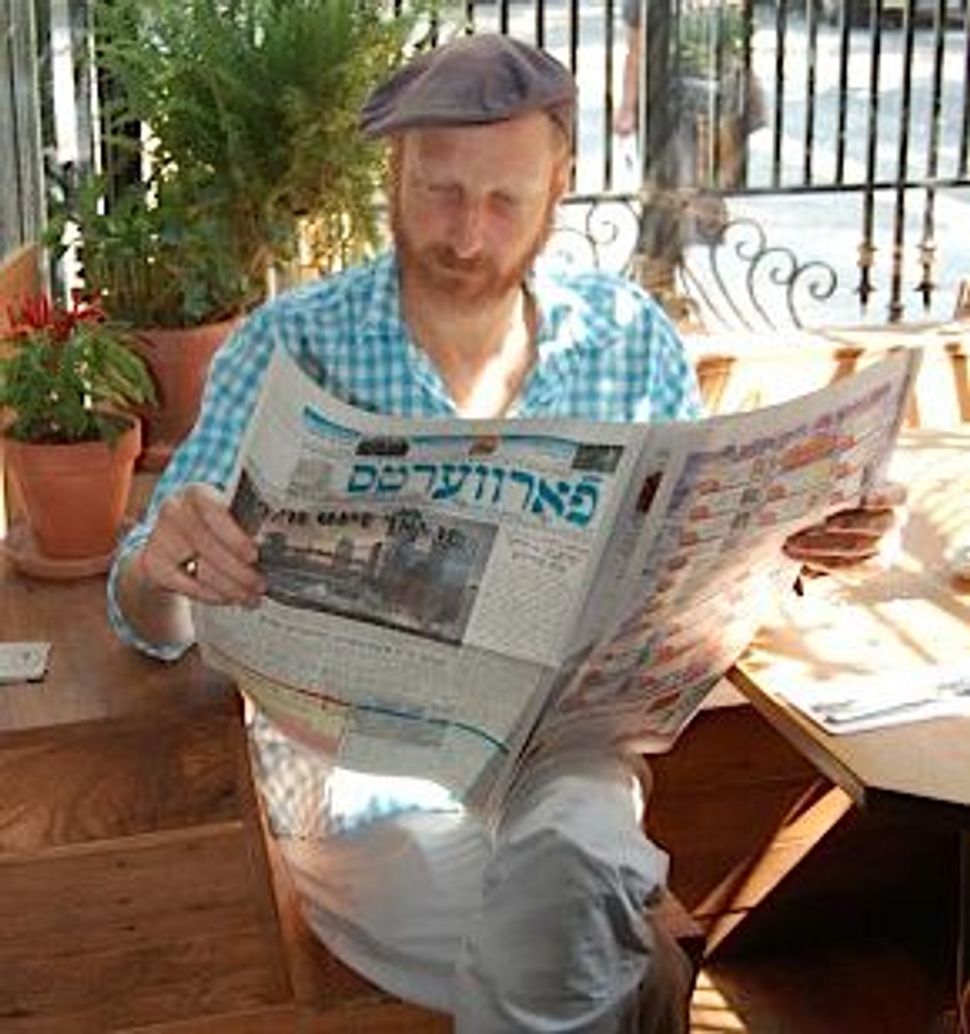 One of the recurring motifs in Jonathan Ames’s writing is his journeys on and off the wagon. Well, right now it looks like he’s definitely off. Appearing at the Writers Guild Awards on February 18, Ames delivered a coherent but rambling Prosecco-fueled speech. “If you put Prosecco in front of certain people it’s like cocaine,” he declared, “because it’s more fun than Champagne, because it’s prosecco, though it’s basically the same thing.” Ames also declared himself to a “Spanish Inquisition Jew” and complimented Mandy Patinkin on his tallis.

Well, who can blame him. After all, Ames’s HBO show, “Bored to Death,” did just get cancelled. Apparently his appearance as a presenter was supposed to be a consolation, though as he noted, the greater consolation would have been to receive an award. Don’t worry, Jonathan. We all want to read whatever you write next.

Read my interview with Ames here, and my review of ‘Bored to Death’ here.